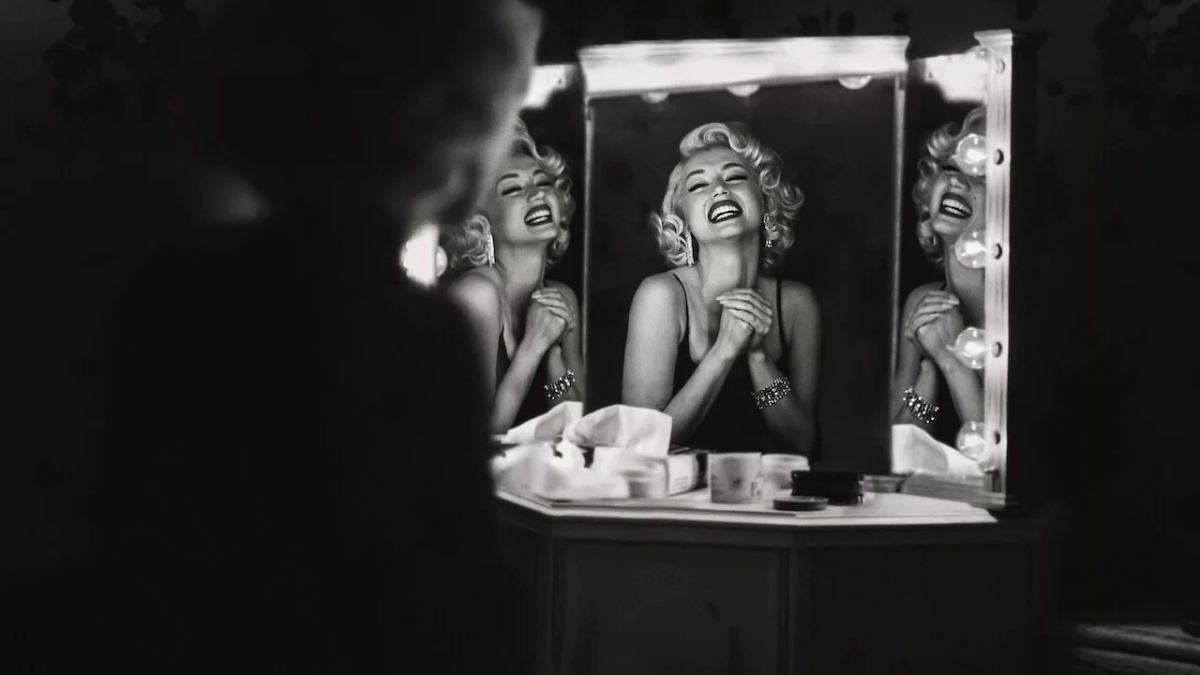 Dominik plays the miserabilist here in a relentlessly grim work that could be both intolerable and misunderstood at the same time, reimagining and dissecting Marilyn Monroe as an exploited emblem of what is wrong with our phallocentric world.

Cast: Ana de Armas, Adrien Brody, Bobby Cannavale
Plot: From her volatile childhood as Norma Jeane, through her rise to stardom and romantic entanglements, this reimagined fictional portrait of Hollywood legend Marilyn Monroe blurs the lines of fact and fiction to explore the widening split between her public and private selves.
Awards: Nom. for Golden Lion (Venice)
Distributor: Netflix

I have been looking forward to Blonde for the longest time.  Finally making its world premiere at the Venice Film Festival, Andrew Dominik’s first narrative feature since Killing Them Softly (2012) is either one of the most intolerable films of the year, or one of the most misunderstood.  Maybe it’s enigmatically both.

It can be arduous at times to sit through though at nearly three hours—I don’t think it needs that long to make the point that being a woman in showbiz is a one-way trip to hell, with the key word here being ‘one-way’, as Dominik’s relentlessly grim film forces audiences into the meat grinder as well.

Blonde could also have been titled ‘Killing Me Softly’.  Already a tormented figure in Hollywood history, Marilyn Monroe is tortured, exploited and given nary an ounce of sympathy, and perhaps that’s the point, which is to dissect her like a writhing frog in a lab.

At this juncture, it must be clarified that the film is not intended to be an authentic biopic but a reimagination of Monroe as an emblem of what was wrong with the world then—and still is today.

“I guess I was discovered.”

Some have called Blonde a faithful adaptation of the novel by Joyce Carol Oates—she has, in fact, come out to defend it as fiercely feminist (and to defend Dominik, who has unfairly received vitriol for simply just being male). If the exact same film had been made by a female auteur, it would have been labelled as courageous and essential.

Leading a dual life as Monroe the celebrity under the microscope of the male gaze, and Norma Jeane, who just wants an unsophisticated, quiet life as a mother to a child, the character is played by rising star Ana de Armas with an admirable level of conviction.  Her performance is excellent, but the film doesn’t quite do enough to make us care.

Blonde is somewhat ultimately soulless, despite being technically assured, and at times, visually interesting.  It is quite obvious that Dominik is playing the miserabilist here—so the question is not whether the film is great or detestable, but how much we can buy into his vision.

Are we perhaps too ‘woke’ and hence blinded by its true message?  Or did Dominik take the film’s phallocentric excesses too far, and thus lose its meaning? I’m curious as to what feminist film theorist Laura Mulvey might have to say about the film.