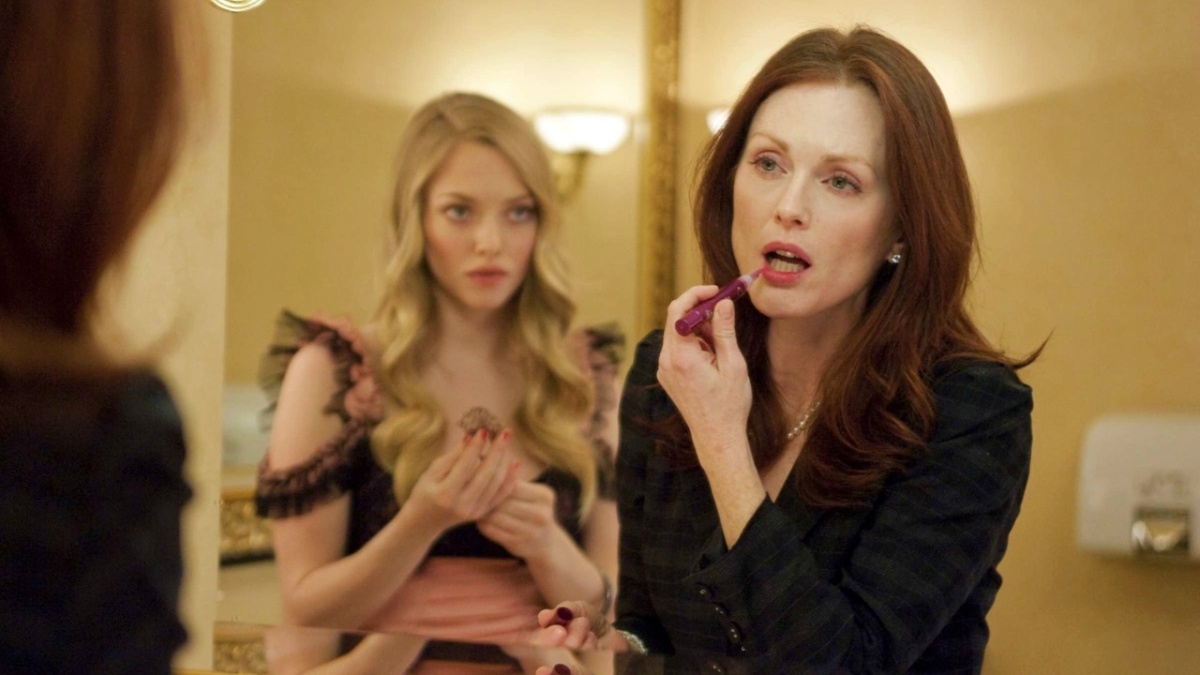 Cast: Julianne Moore, Amanda Seyfried, Liam Neeson
Plot: Catherine suspects that her husband is cheating on her. To lay her suspicions and fears to rest, she hires an irresistible young woman, Chloe, to test his fidelity. But unforeseen events will start putting the family in danger.
Awards: Official Selection (Toronto)
Distributor: Studiocanal

Chloe is one of those movies by a well-known filmmaker that doesn’t add much to any conversations about cinema but remains an odd curiosity for fans of the stars that headline the flick.

A remake of the French film, Nathalie (2003), though funded largely by Studiocanal outside of North America, Chloe is about a wife who suspects her husband is having an affair.

“It’s part of my job to know where to place my hand, my lips, my tongue, my leg and even my thoughts.”

She then hires a mysterious young woman to seduce him in order to affirm her suspicion.  Of course, things don’t go according to plan.

On the surface, Moore and Seyfried do heat up the screen, but despite Egoyan’s slick direction and a palpable sense of sexual tension, Chloe doesn’t really do anything more for pictures about extramarital affairs and lusty pursuits than provide audiences with what they want to see, and not without a few twists thrown in.

Some have described the film as tepid and dull, but I don’t think it is uninteresting; in fact, it is the performances that keep us going, and in that sense, the movie is still generally entertaining at least on some basic level.  Just don’t expect it to leave you gratified.