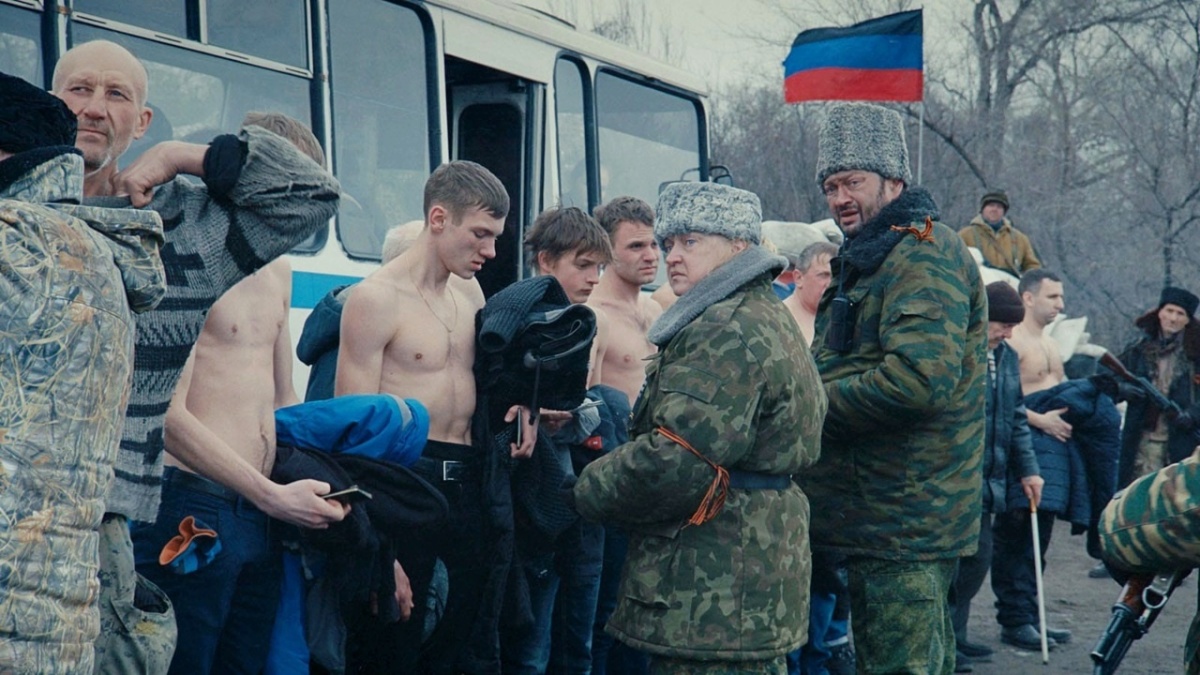 A rare narrative feature from one of the world’s foremost documentarians of Soviet history, this vignette-style dark absurdist satire doesn’t pull its punches from depicting the sorry state of affairs in Russian-occupied Eastern Ukraine.

I’ve been a fan of Ukrainian director Sergei Loznitsa since seeing his monumental historical documentary, State Funeral (2019), about Stalin’s funeral.  In Donbass, we have a rare narrative feature from one of the world’s foremost documentarians of Soviet history.

Made in the style of a dark absurdist satire told through a series of vignettes, some held in long takes, Donbass could have been mistaken for a Roy Andersson film if not for Loznitsa’s uncompromising take on the sorry state of affairs in occupied Eastern Ukraine.

In the vast land defended by pro-Russian separatists, the film brings us to both exterior spaces of war and conflict, as well as interior institutional spaces where people in positions of power celebrate their kind and ruin the lives of ideological opposition.

In one of the film’s most shocking scenes that lasts all of ten excruciating minutes, a captured pro-Ukrainian fighter is humiliated by a highly-aggressive public.

“You think we should fight on bicycles to defend you from fascists?”

Donbass is less interested in humanity than in exploring the nature of violence—Loznitsa calibrates it in such a way that the early phases of the film may be described as exercises in depicting psychological violence, before transforming into the physical and the assaultive as violence materialises more in the body than the mind.

In the context of Russia’s 2022 invasion of Ukraine, Donbass is an even more essential watch, showing us how it is like to live under the shadow of an occupier.

At the same time, its absurdist qualities provide levity, painting scenarios with fictive exaggeration, and in some respects, even giving us a taste of what pro-Ukrainian propaganda might feel like, that is, when taken with a pinch of salt.