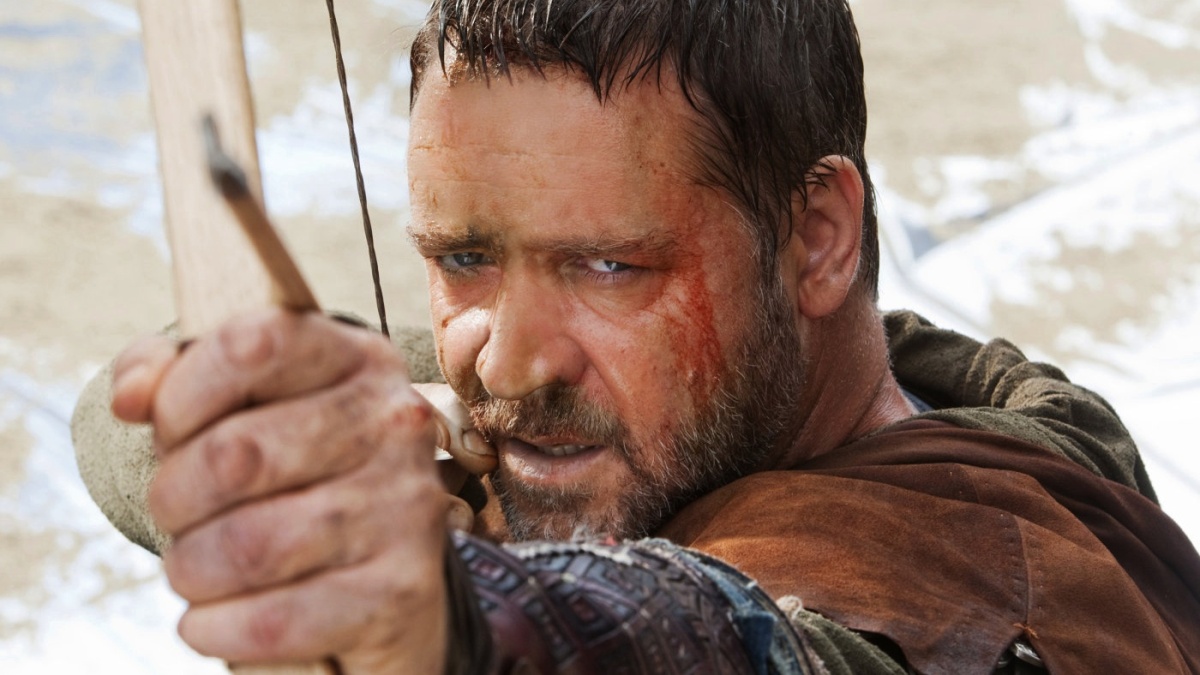 A “Gladiator-ised” Robin Hood without the right punch in this missed opportunity by Ridley Scott.

Viewed: In Theatres
First Published: 10 May 2010
Spoilers: No

Ridley Scott has done it before. The swords-and-sandals sub-genre which he single-handedly re-established a decade ago with Gladiator (2000) influenced many filmmakers to take up the reins of epic-scale action pictures set in medieval times.

In Robin Hood, Scott comes closest to recreating the gritty, animalistic battles and strong human drama so brilliantly captured in his Best Picture winner. However, this time it is less impressive.

The first hour of Robin Hood is a letdown. It takes a long time for the narrative to pick up its momentum and for us to be acquainted with the film’s major characters.

The skirmishes are shot in trademark balls-to-the-wall style by Scott, but there is no sense of direction or visual coherence. We are plunged into chaos, not knowing who’s who in the setup, and what the bloody hell is going on.

Russell Crowe who plays Robin Longstride allows some form of character identification. He struggles through the mayhem just like us. But at least he knows what is happening.

The meeting of Robin and Lady Marion (Cate Blanchett) at the start of the second hour turns things around. What a relief to say the least. The romantic (and awkward) chemistry between Crowe and Blanchett provides us with something worth investing in for the remainder of the film.

The climactic battle is the film’s showpiece sequence and Scott is a master of building anticipation. Wide aerial shots of armies approaching the battleground (the French on boats, and the English on horses) are quite spectacular, though the battle per se does not live up to its “anticipatory” billing.

Instead, this is a Robin Hood “Gladiatorised” for the mass market. The film ends with the sentence, “And so the legend begins.”, thus confirming our suspicion – that this is a “prequel”. Not surprisingly, there are talks of a sequel.

Let’s hope this time there will be more humour, less Maximus-inspired speechmaking, more swashbuckling action, and less grit. Unfortunately, Scott has taken the fun out of watching a Robin Hood picture.