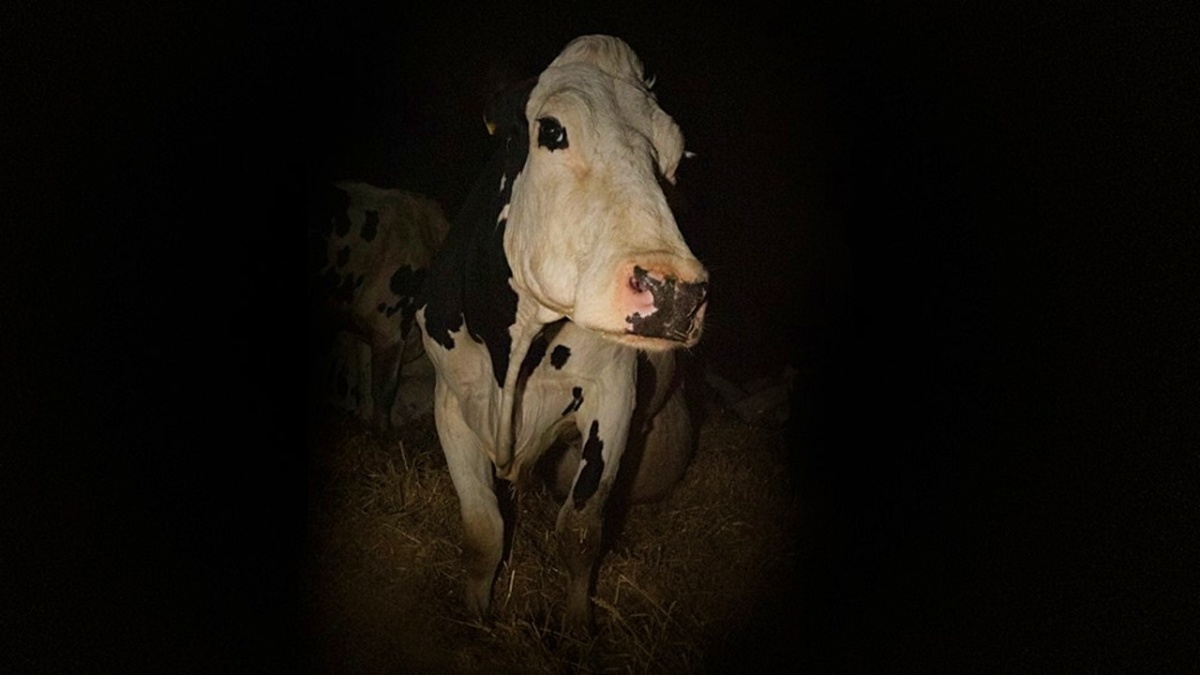 Arnold makes a detour into documentary filmmaking as her camera brings us up close and personal with several cows in a dairy farm, capturing their magnificence as well as the sheer drudgery of their reality.

Cast: –
Plot: This film is an endeavour to consider cows. To move us closer to them. To see both their beauty and the challenge of their lives. Not in a romantic way but in a real way. It’s a film about one dairy cow’s reality and acknowledging her great service to us.
Awards: Nom. for Golden Eye (Cannes)
International Sales: MK2

One of my interests to see Cow was because it’s a new feature by Andrea Arnold, who hasn’t made a film since 2016’s American Honey.  The second reason was that I wanted to see how it might compare with Gunda (2020), another documentary featuring farm animals.

Well… Cow is far different from Gunda’s more philosophical and meditative approach, though both pictures would make an excellent double-bill.

While Gunda is about capturing the poetic stillness of life through meditative long takes with no presence of humans, Arnold’s film has less artistic intent inasmuch as it is developed as a more conventional documentary, though both are works of pure observation.

Here, she trains the camera on several cows as we get up close and personal with them in a dairy farm. From the birth of young calves to the rituals of the milking process, Cow shows us the realities of being a farmed animal.

It is a dour reality, no fun at all, except when the opportunity to graze the open fields comes.  That, however, seems far and few in between, so endure they must a monotonous existence till the end of their lives.

There’s no narration, though Arnold captures peripheral conversations of these workers on duty, plus the modern pop songs that they blast in the farm.  Must be annoying to the cows, I suppose.  But at least the workers are caring and compassionate.

Cow does become more of the same after a while; in that sense, it is not a particularly interesting documentary. Still, there are beautiful moments—shots of cows silhouetted under the moonlight as they relax in the fields speak a thousand words.

They deserve to be free, yet we need their milk.  If this is the best humans can do to provide the best possible living conditions for these magnificent creatures, it’s quite an achievement already.