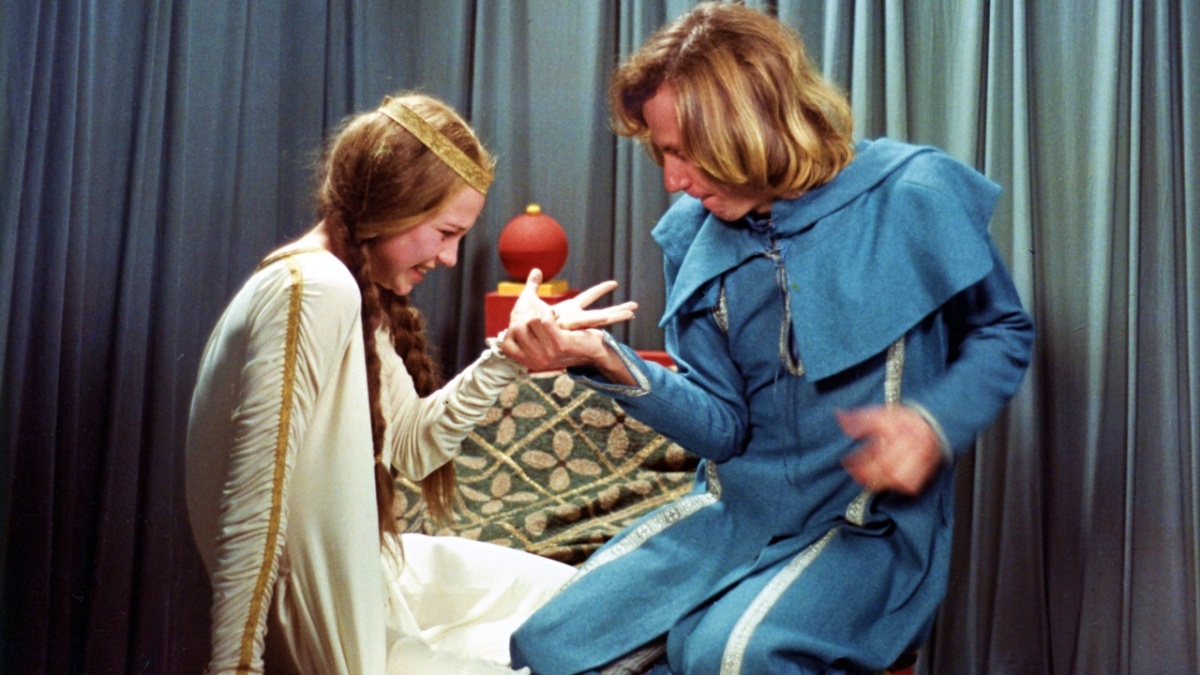 Shot like a stage play on a minimalist set, Rohmer’s experiment with narration and storytelling about a man who dreams of becoming one of King Arthur’s knights is interesting but may be a tad too long.

Cast: Fabrice Luchini, Andre Dussollier
Plot: Filled with wonder at the sight of shining armor of a group of knights he has mistaken for angels, naïve Perceval immediately solves the mystery of his destiny: he will become one of King Arthur’s knights. Valiant astride his horse, he rides from one ordeal to another, obsessed with a dream.
Awards: –
Source: Les Films du Losange

Another rare oddity from Eric Rohmer, whose previous film, The Marquise of O (1976), would be a good companion piece, Perceval sees the director attempting a more abstract work, experimenting with narration and storytelling as he delivers a story about a man who dreams of becoming one of King Arthur’s knights.

As the ambitious Perceval sets forth in his journey to receive King Arthur’s blessings, he not only encounters an array of folks—other knights, maidens, etc.—but has to leave his ailing mother as well.

Perceval is rather distinct in several ways, the most obvious of which is that it is shot like a stage play.  The set is minimalist, inauthentic and reeks of artificiality—something students might put up for a school play.

Yet despite the characters circling the different self-contained sets, Rohmer somewhat succeeds in transcending its bare construct by employing a narration-cum-dialogue style that sees the characters adopting a third-person perspective to describe what they are doing.

This ‘doubling’ effect feels surreal and interesting, and for long stretches of the film, Perceval very much works with this technique, though at 140 minutes long, it is not always consistently engaging.

Perceval may be a period piece set in the distant past, but it doesn’t feel like one.  There is a sense of the postmodern trickling into Rohmer’s experiment—as much as it tries to essentialise stories from the past, including a quaint segment featuring the crucifixion of Jesus, Perceval also presents these as performative, so much so that you might feel the cast are only a whisker away from breaking character.