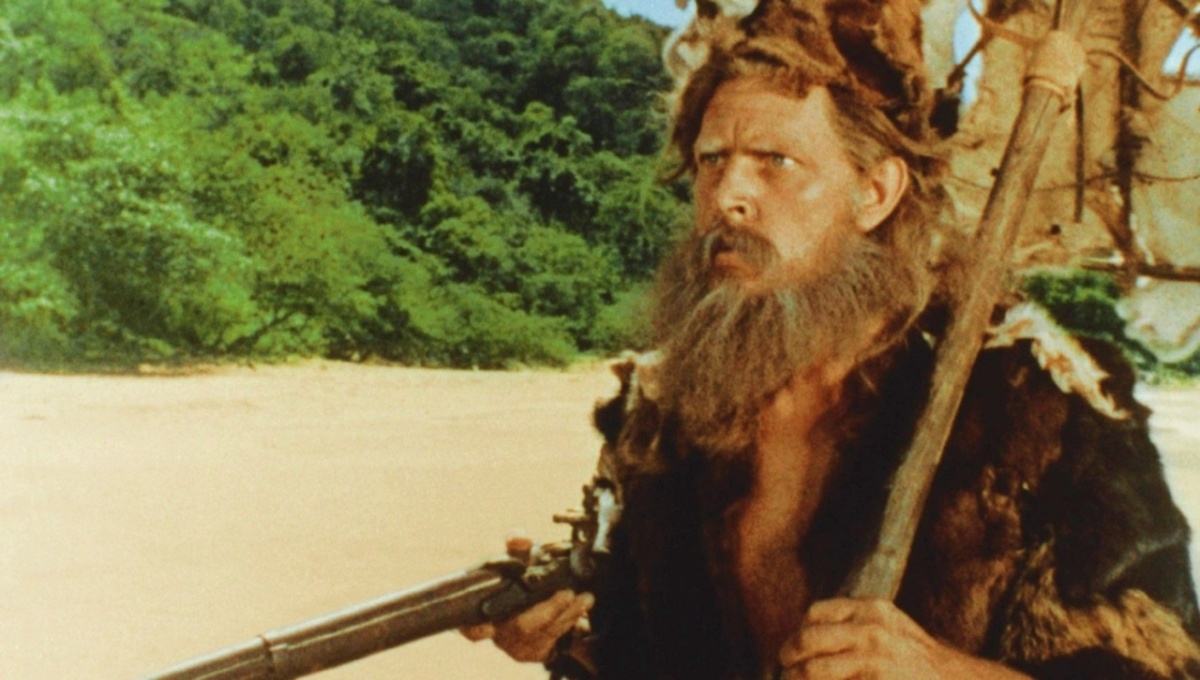 Bunuel’s first film in colour was his closest flirtation with a Hollywood style of filmmaking, effortlessly adapting the famous story of a shipwrecked man who must live solitarily on an unknown island for an unknown number of years.

You wouldn’t expect Luis Bunuel, one of world cinema’s greatest masters, to make a Robinson Crusoe movie.  It is not only his first film in colour but his closest flirtation with a Hollywood style of filmmaking.

It is a curious oddity in his exemplary filmography, yet so effortlessly well-made that it might just be one of the finest screen adaptations of Daniel Defoe’s landmark 1719 novel.

Opting for mostly narration as a storytelling device, we see Crusoe played by Dan O’ Herlihy (in his only Oscar-nominated role), who is fantastic in the role.  He doesn’t speak much with Bunuel relying on visual storytelling as he navigates his hostile environment.

Shot and produced in Mexico, where the director spent much of his middle-stage career in, Robinson Crusoe isn’t so much a survival tale in the purest sense, say, like films like Lord of the Flies (1963), because we don’t really feel Crusoe is facing an entirely life-and-death situation, considering he manages to get some supplies off his ship.  In other words, he’s not starting from scratch, but that’s not to say that he doesn’t face any hardship.

Bunuel is more interested in the psychology of a shipwrecked man who must live solitarily on an unknown island for an unknown number of years, then ‘Robinson Crusoe’ the subject himself.

In a dream sequence that sees the director flex his surrealist muscles, albeit only slightly, a sickly Crusoe hallucinates his father coming to fetch him water.

While it is a straightforward effort by a filmmaker who is capable of so much more, Robinson Crusoe is also to-the-point, efficiently-told and doesn’t have any excesses.  Some of the film’s best moments come when the protagonist has to fend off a ragtag of cannibals who happen to chance upon his territory.