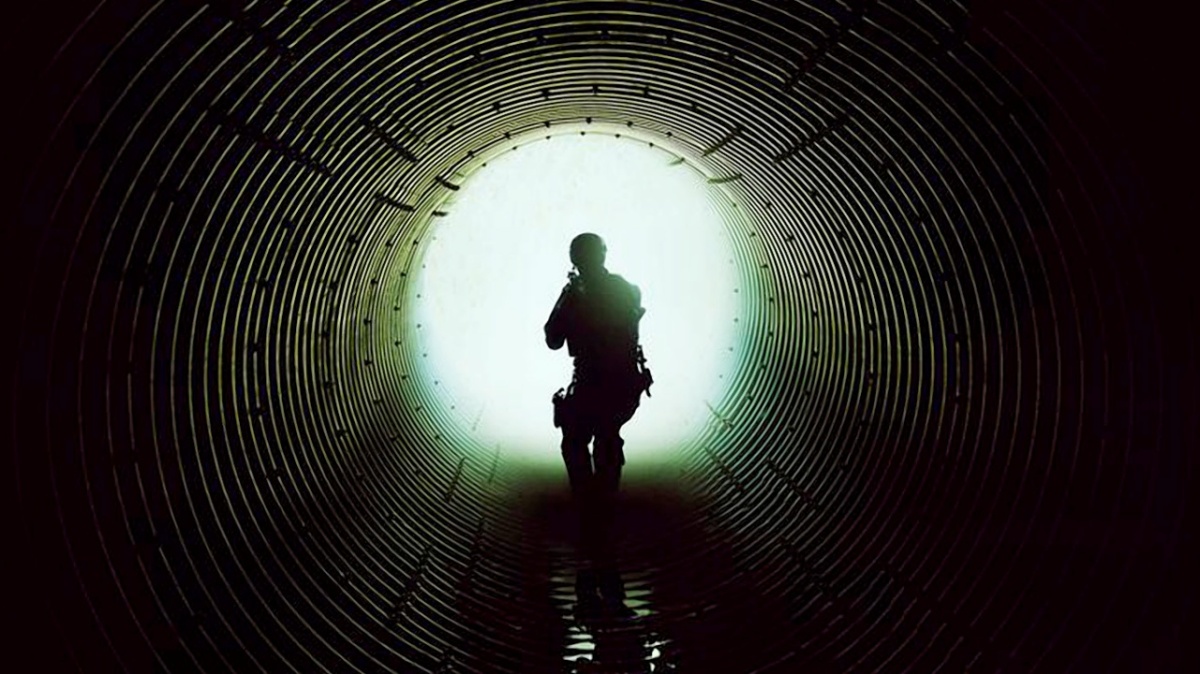 In competition at Cannes for the Palme d’Or earlier this year, Sicario is the latest by the director of Incendies (2010), Prisoners (2013) and Enemy (2013). It doesn’t quite hit the high notes of Prisoners, in my opinion his most accomplished work to date, but there’s a kind of assuredness, a sort of precise calmness amid screen chaos in Sicario that makes it such a blast to experience.

Part of the reason is Roger Deakins’ brilliant cinematography, framing the action with a fine balance of visual clarity and situational uncertainty.  Director Denis Villeneuve’s sense of location is also superb.  Despite being shot in New Mexico, USA, the film feels like it was filmed in the heart of the notorious Juarez Valley, Mexico.

By casting Emily Blunt as a FBI field officer Kate Macer, who unwittingly volunteers to join a manhunt and infiltration mission across the border, we follow her into an alien environment of despicable violence and unbearable tension.

She is kept in the dark, often pushed around by the men around her, particularly the characters played by Josh Brolin and Benicio Del Toro.  Kate may be our rock, but the ground she is on is shaky.

“You saw things you shouldn’t have seen.”

Sicario builds suspense like a worker laying bricks – slowly but surely, and for much of the film it is an exercise in brick-laying.  There are some masterful sequences, especially those involving convoys of military vehicles as they traverse the bumpy streets with authority.  Those are some of the most exciting parts of Sicario, with Deakins’ camera putting us in the thick of mobility.

Villeneuve wants us to feel the thrill and adrenaline of going into battle, not to mention Johann Johansson’s menacing score providing a soundscape of intense foreboding.  It is a similar feeling that I remember experiencing at the start of the final act in Kathryn Bigelow’s Zero Dark Thirty (2012) – the helicopter convoy sequence in the dark of night with the mission to infiltrate Osama bin Laden’s secret compound.

Sicario, however, falls short of true greatness.  It could be that some of the subplots are structured a bit too awkwardly, especially that of Del Toro’s shady character who takes on a life of his own in the climax, despite Kate being the central focus for most of the picture.

Another subplot involving a small Mexican family doesn’t quite work as well as it should too.  That shouldn’t dissuade you from seeing Villeneuve’s film – it is a largely solid suspense thriller that packs a strong punch.