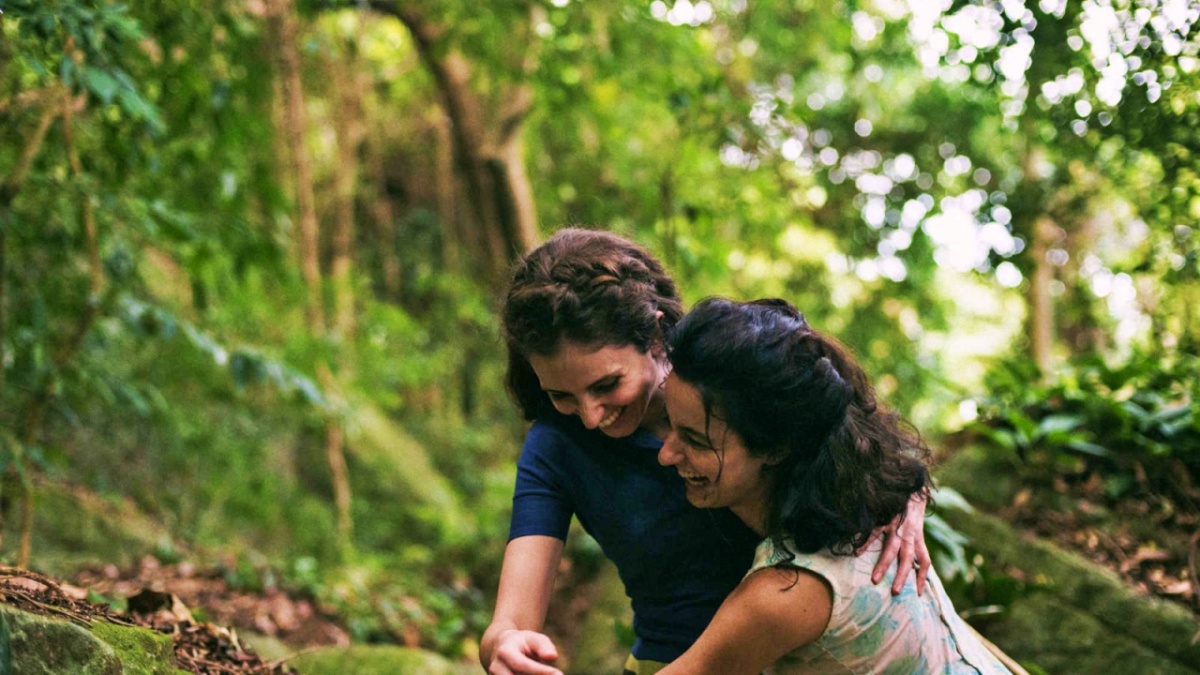 A decades-spanning Brazilian melodrama about two sisters separated from each other—while it’s lushly-filmed and features strong performances, its repetitive nature and an underwhelming finale stop it from being a memorable film.

Cast: Julia Stockler, Carol Duarte, Antonio Fonseca, Flavia Gusmao
Plot: Kept apart by a terrible lie and a conservative society, two sisters born in Rio de Janeiro make their way through life each believing the other is living out her dreams half a world away.
Awards: Won Un Certain Regard Award (Cannes)
International Sales: The Match Factory

Brazil’s official submission to the 2020 Oscars for Best International Feature is slightly disappointing.  It begins promisingly, at times looking like a Wong Kar-Wai film, with its lush visuals, intoxicating use of colours, and a camera that is ever-roving as it tries to capture the mood and sensuality of being in love in the ‘50s.

The story centres on two sisters, Euridice and Guida, who are very close to each other, but live with a strict and conservative father, and a mother who is no more than a benign shadow of the strong patriarchy reigning in the household.

When Guida, who dreams of where love can take her, inexplicably leaves the family one night, Euridice, who has dreams herself of being a concert pianist, has to contend with living without a sister.

Invisible Life charts the many years of separation, with neither sister knowing where the other is.  Director Karim Ainouz gives us strong performances, particularly from Julia Stockler and Carol Duarte, who play Guida and Euridice respectively.

Much of the narrative is repetitive as each sister yearns for the other, time-stamped by a handful of letters that Guida writes to Euridice, hoping she would reciprocate.

One might find the estrangement between the two siblings unbearable, but Ainouz’s work is far more than that—it tackles the lot of working-class women through the life journeys of Guida (who is a single mother toiling in a job more suitable for males, but she grows into an independent woman of determination and courage), and Euridice (who marries into a traditional household and resigns to an ‘invisible life’).

While there is some momentum to its storytelling (well, at least I was interested to see how the film would end), its finale, while sure to induce tears, feels underwhelming to me as it seems like a segment forcibly attached to the film to give it a requisite semblance of closure.