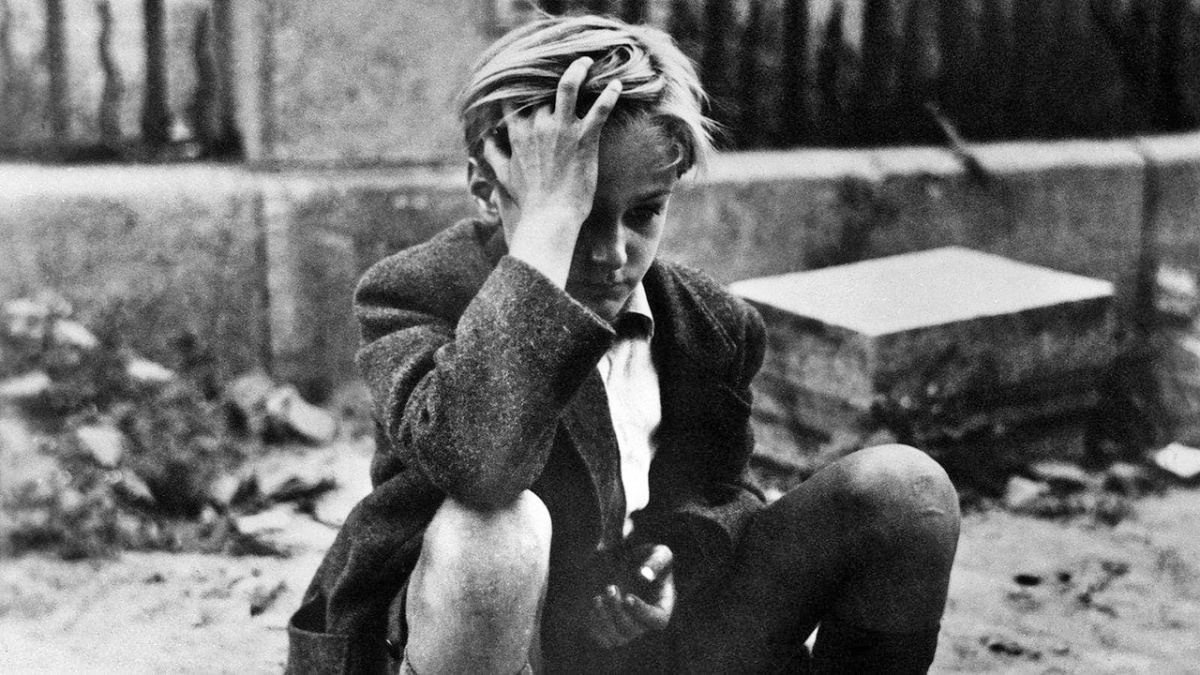 The third film of Rossellini’s heartbreaking neorealist ‘War’ trilogy tackles postwar Germany through the eyes of a boy suffering from material and moral poverty.

Together with Rome Open City (1945) and Paisan (1946), Germany Year Zero completes Roberto Rossellini’s immensely-influential ‘War’ trilogy, which is essential viewing not just as a key work of neorealist cinema, but of its critical role in foregrounding the human condition and the working-class in world cinema.

While Germany Year Zero was decidedly shot in Berlin right after WWII, it retains the elements of what we have come to know as Italian neorealism inasmuch as its modus operandi (e.g. the use of nonprofessional actors, shooting on location, etc.) and style are concerned.

We see the consequences of war—buildings bombed, seemingly on the verge of collapsing; poor folk trying to survive extreme poverty, including 12-year-old Edmund (Edmund Moeschke’s only acting role, but as immortalised on screen as Enzo Staiola (the boy) in De Sica’s Bicycle Thieves); and a host of sick people, some very ill and bedridden like Edmund’s father, and others ill in the mind such as Edmund’s former Nazi-sympathising teacher who takes advantage of innocent kids.

“I’ve considered killing myself, but I don’t have the courage.”

Rossellini’s focus is, of course, on Edmund, as we follow him from one scenario to the next that becomes increasingly bleak and devastating.  At only 70-plus minutes long, Germany Year Zero just does enough to make us care about Edmund without going really deep.  It lets the images speak for themselves as Rossellini tackles material and moral poverty.

Like Rome Open City, Germany Year Zero isn’t immediately compelling in the first half-hour or so, and it takes a bit of time to feel the tension of its narrative, independent from its milieu.  Rossellini’s use of an orchestral score may also feel obtrusive at times, with plenty of segments relying heavily on it for dramatic effect.  Still, as the film builds to its famous climax, it is difficult to shake off its inherent power.