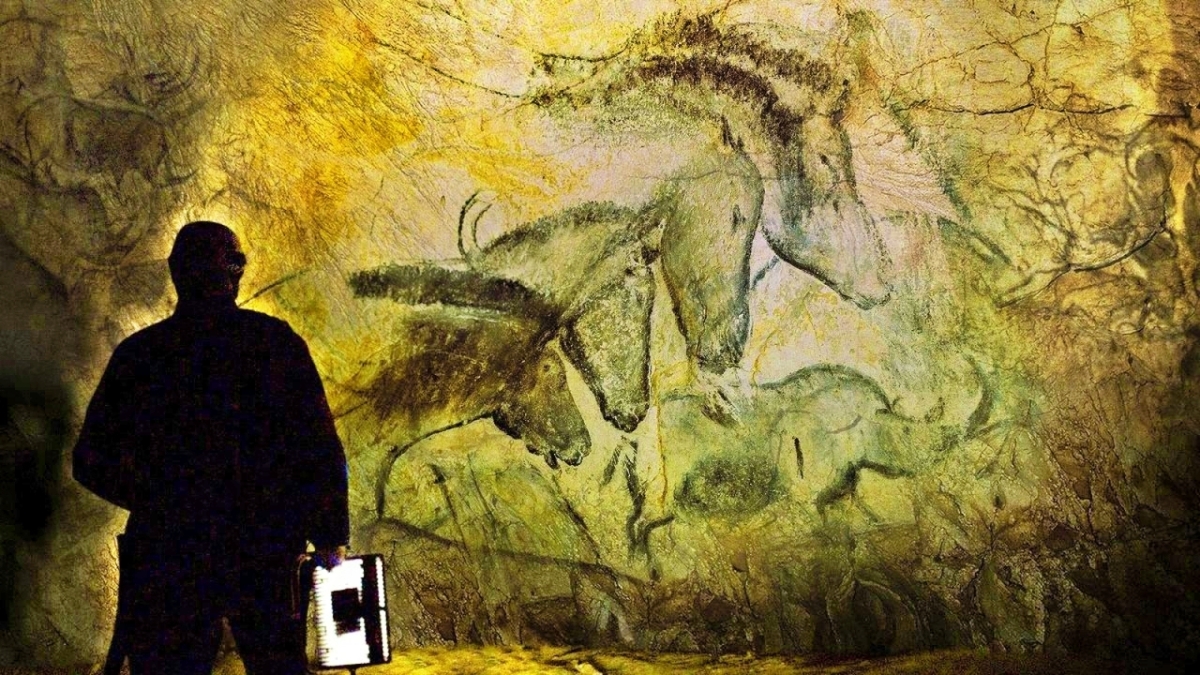 Herzog takes us into the inaccessible Chauvet Cave in Southern France containing the oldest drawings (more than 30,000 years old!) known to humanity in this fascinating lo-fi documentary about art transcending space and time.

Werner Herzog has never been one to shy away from any subject matter or geographic locale, so tackling a project like this when the opportunity came his way might have been too good to be true for the intrepid filmmaker.

In Cave of the Forgotten Dreams, Herzog takes us into the inaccessible Chauvet Cave in Southern France.  It is inaccessible because the government has locked it down, except for access by a few research scientists, to preserve it as it is without human traffic (from tourism) destroying 30,000 years’ worth of history.

Yes, you read that right—the cave contains the oldest drawings (mostly of animals) known to humanity, dating back to the prehistoric times of the Neanderthals and woolly mammoths.

“In a forbidden recess of the cave, there’s a footprint of an eight-year-old boy next to the footprint of a wolf. Did a hungry wolf stalk the boy? Or did they walk together as friends? Or were their tracks made thousands of years apart? We’ll never know.”

With an unapologetically low-fi aesthetic, Herzog shoots within a makeshift narrow pathway through the cave with limited resources and technology, and interviews a few of the scientists doing work around the area. The result is a part-history lesson, part-existential musing about how art transcends space and time.

Some of the ‘evidence’ within the cave, so extraordinarily-preserved due to natural circumstances, feel like they were created yesterday, and it is rather emotionally overwhelming to think about these people across a span of time too difficult to imagine.

Did they think like us?  What were their stories?  In one moment in the documentary, Herzog muses that some of their drawings are like proto-cinema, or frames of animation as he reflects on the possibility of cinema existing way before language.

It is not a consistently engaging film, but Cave of Forgotten Dreams will thrill historophiles and Herzog fans alike.