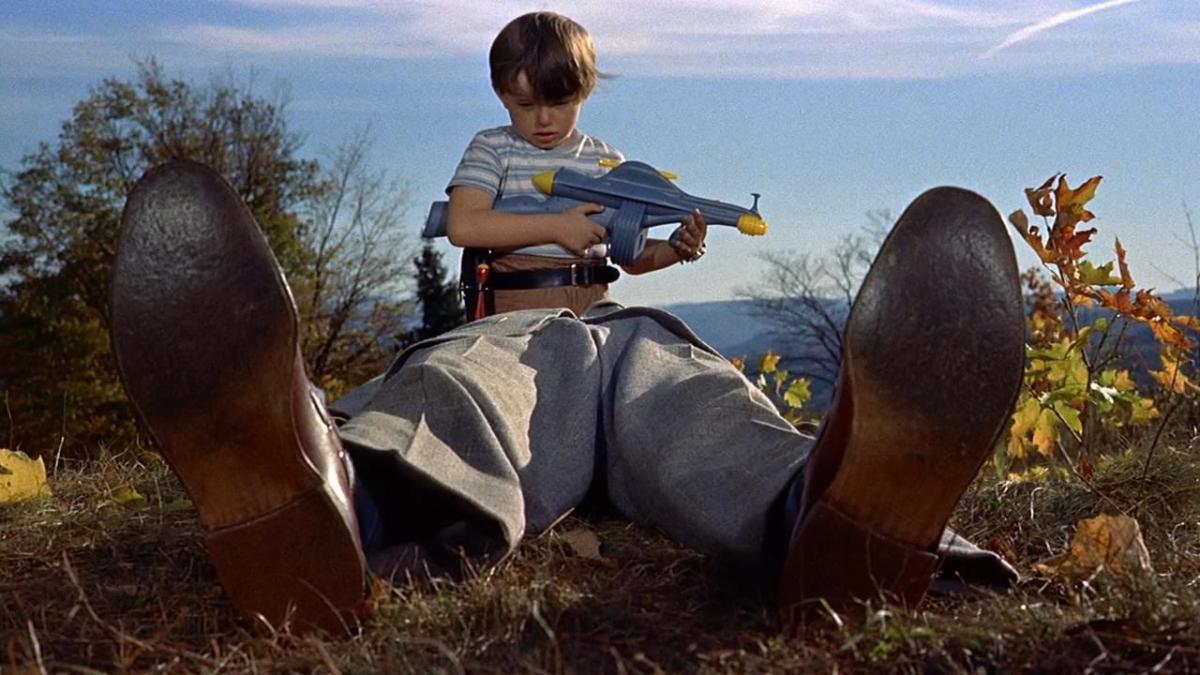 An underrated, light-hearted if sometimes peculiar comedic farce by Hitchcock.

Cast: John Forsythe, Shirley MacLaine, Edmund Gwenn
Plot: The trouble with Harry is that he’s dead, and everyone seems to have a different idea of what needs to be done with his body.
Awards: Won Most Promising Newcomer – Female (Golden Globes)
Distributor: Universal

The ‘problem’ with Hitchcock films is that they are too engaging.  Very often, simple stories are developed into an absorbing myriad of situations and circumstances.

Hitchcock’s legendary talent in directing (he of Psycho, Vertigo and Rear Window fame) is immensely felt in his underrated light-hearted comedic farce, The Trouble with Harry.

The film presents a bizarre scenario which gets more mind-boggling as the minutes tick by.  Fortunately, Hitchcock doesn’t complicate things too much for the viewer.

“You’re not supposed to bury bodies whenever you find them. It makes people suspicious.”

It’s sometimes a tricky film to watch, but is ultimately, a remarkably impressive feat by Hitchcock to juggle between the complexities of the storyline and to present it in a black-humor style that’s funny yet morbid simultaneously.

The cast is a near perfect character-match with Edmund Gwenn giving an absolutely delightful performance as the bumbling Captain Wiles.  Bernard Herrmann’s score sounds just about right for a film as peculiar as this.