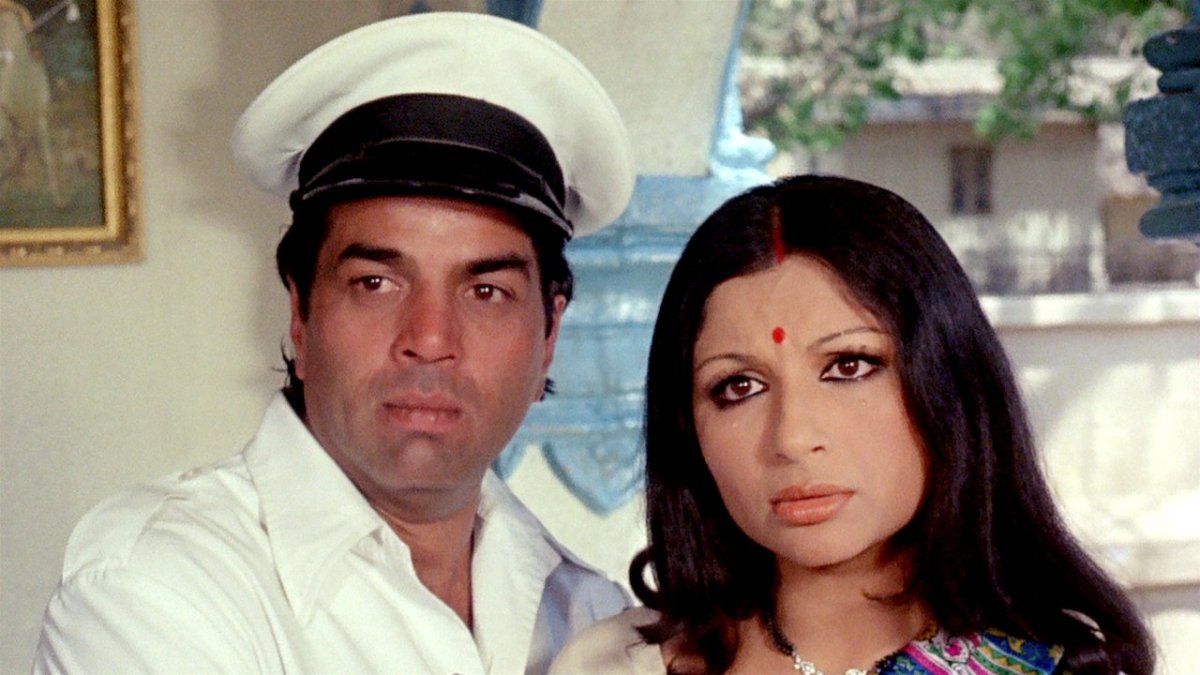 Mukherjee’s classic comedy revolving around an elaborate practical joke planned and executed by a newly-wedded man on his hapless in-laws is one of his most entertaining delights.

Cast: Dharmendra, Sharmila Tagore, Om Prakash, Amitabh Bachchan, Jaya Bachchan
Plot: Sulekha is in awe of her brother-in-law Raghav’s intelligence. Her husband Parimal stages an elaborate prank on Raghav to impress her, weaving a deep web that involves many in his ploy.
Awards: –
Source: Shemaroo Entertainment

Dharmendra is the undisputed star of this classic Bollywood comedy by Hrishikesh Mukherjee, whose role as Parimal, a botany professor who just got married, is an utter delight.

To gain greater respect from his new wife, Sulekha (Sharmila Tagore), he decides to plan and execute an elaborate practical joke on his hapless in-laws, in particular Sulekha’s older sister’s husband, Raghav (Om Prakash), who is highly-intelligent but doesn’t know how Parimal looks like.

The tension comes from Parimal’s performative act as Raghav’s temporary chauffeur, who turns up a few days before the real him is supposed to arrive.

During the time, he (the chauffeur act) falls in love with Sulekha, causing consternation and disbelief that a ‘lowly’ driver would seduce a newly-married woman awaiting her husband.

Chupke Chupke (or ‘Hush Hush’) relies a lot on plotting such is the complexity of Parimal’s cheeky plan, but Mukherjee manages to sustain an atmosphere of suspense and comedy for most parts.  It is one of his most flat-out entertaining movies.

One of my favourite sequences that shows Mukherjee at the height of his powers is when Amitabh Bacchan, who plays a literature professor, is forced to impersonate Parimal, but Bacchan’s character doesn’t know anything about botany to save his life.

I had a bit of problem with how Chupke Chupke concludes which seems way too abrupt to me in relation to what has transpired for nearly two hours.  Its lengthy prologue where we have the first taste of Parimal ‘impersonating’ someone else in a separate setting also feels disconnected to the main narrative to me.

That being said, I think you will have a great time with this delightful picture.