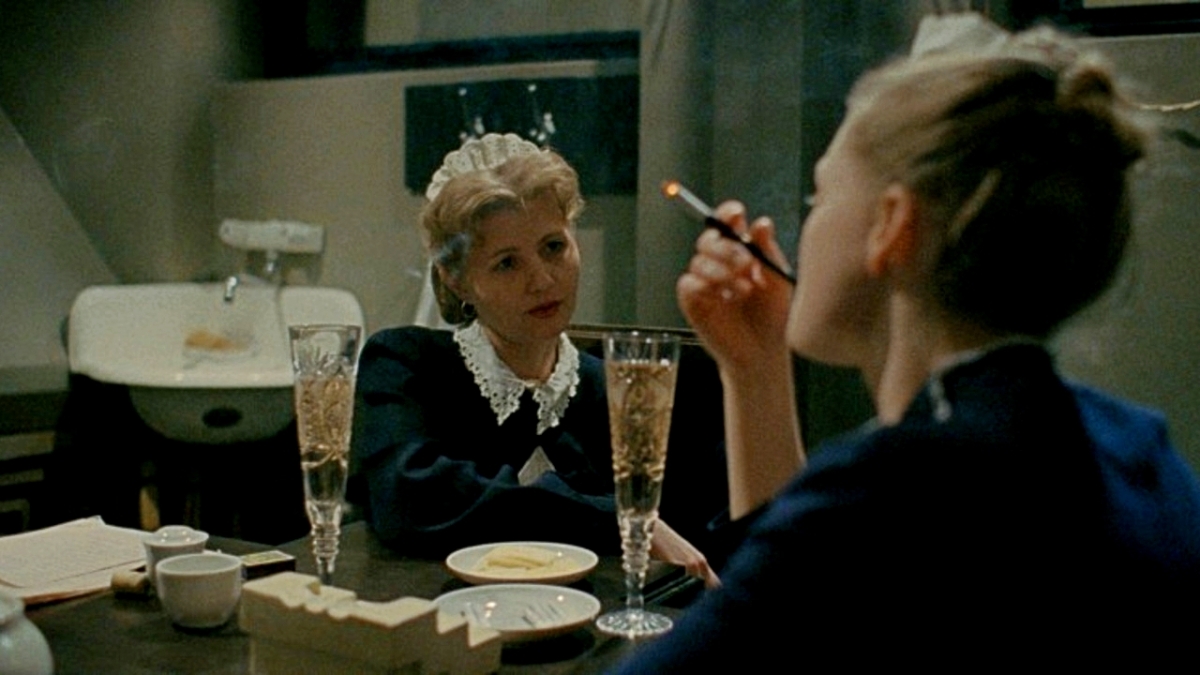 Part of the massive if controversial ‘DAU’ project, this entry is backed by bold performances by its two actresses even if the film doesn’t quite achieve true power through provocation.

A quick Google search will tell you more about the massive if controversial ‘DAU’ project that started in the mid-2000s in Russia.

With most of the editing finally completed in 2019, we are getting a whole slew of feature films that are now made available on the ‘DAU’ website.  DAU. Natasha is a special case, having premiered at the Berlinale earlier this year, and winning the Silver Bear for Outstanding Artistic Contribution.

Centering on Natasha (Natalia Berezhnaya), who is the head waitress of a canteen (surely one of many dining places) in the huge, secretive Soviet research institute that she is based—or stuck—in.

Her younger colleague, Olga (Olga Shkabarnya), supports her in serving meals to officers and cleaning up the place after a long day’s work, sometimes reluctantly.  Much of the film sees them indulge in vodka and getting drunk.

But in two of the film’s major sequences where a change in setting is emphasised, we become privy to Natasha’s sexual involvement with a French man, a visiting guest of the Institute; and later, being interrogated by a senior Soviet officer.

Both sequences involve some form of real sexual penetration, which may shock viewers who are not ready for unsimulated sex on screen.

Whether it is necessary or not is up for (ethical) debate, but for me, having such provocation does not automatically translate to some higher form of true cinematic power, even if it seems intended to express the bleak existence of these characters through the cast’ own bleak true-to-life 24/7, years-long confinement on the enormous film set.

DAU. Natasha is still worth seeing if you are curious about what the fuss is about, and a good starting point.  There are some strong moments of raw, immersive emotion, especially the centrepiece ‘getting drunk’ act, where the use of long takes and a seemingly improvisational style give it its heady intensity.