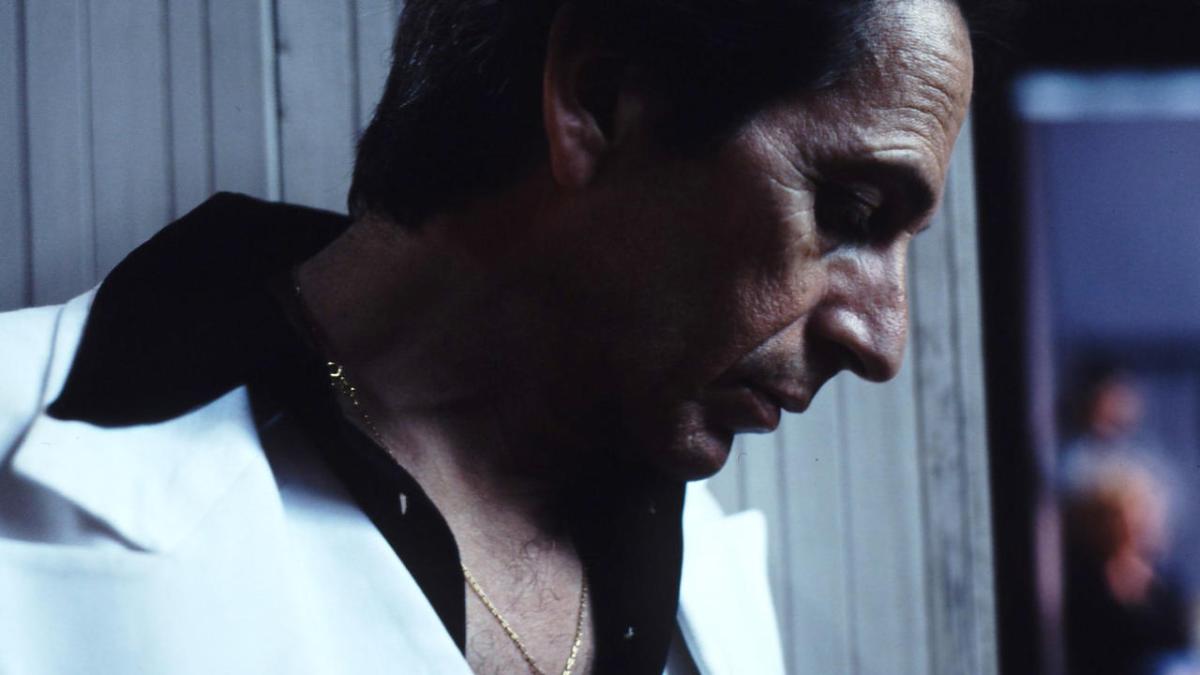 This strong early effort by Chilean director Pablo Larrain is one of his edgiest character studies on nihilism and pop culture obsession in the context of political oppression.

Cast: Alfredo Castro, Amparo Noguera, Hector Morales
Plot: In the midst of Pinochet’s dictatorship, Raul Peralta is obsessed with impersonating John Travolta’s character in Saturday Night Fever. And his dream of being recognized is about to become a reality when the national television announces a contest.
Awards: Won KNF Award (Rotterdam); Nom. for C.I.C.A.E. Award (Cannes)
International Sales: Funny Balloons

This film was reviewed uncut on MUBI.

Chilean director Pablo Larrain has been one of the standout filmmakers to emerge from Latin America since the mid-2000s, but while his output has been varied and fascinating, what his cinema is really all about can be traced back to two of his earlier works, namely, Tony Manero and Post Mortem (2010), both of which I feel reflect most purely of Larrain’s voice as an artist.

Only his second feature, and like Post Mortem, Tony Manero is one of his strongest efforts.  Close collaborator Alfredo Castro plays Raul who is obsessed with Tony Manero, the character that John Travolta plays in the popular hit, Saturday Night Fever (1977), which apparently is having too long a run at Raul’s local cinema.

Able to quote line by line (and in English no less), Raul hopes to channel his inner Tony Manero in a dancing contest that is broadcast on television.  If you think Larrain’s film is going to be all fun with loads of disco dancing, you are dead wrong (though some segments with the Bee Gees’ iconic ‘You Should Be Dancing’ may momentarily make you shake your body).

Tony Manero is Larrain at his edgiest, a powerful character study on a man so obsessed with one artifact of pop culture that he is determined to go all out to claim a piece of that borrowed culture, including resorting to nihilistic violence on innocent people to get what he needs to transform into his idol.

As General Pinochet’s military dictatorship offers his own brutal brand of political oppression, Raul sees nothing morally and contextually wrong in his actions. Shot in 16mm, Tony Manero has a raw home video feel, which gives it its authenticity.

Larrain’s exploration of his country’s dark past through the psyche of a damaged man has all the force of a sledgehammer, and is essential viewing in any introduction to the filmography of this uncompromising and historio-political filmmaker.