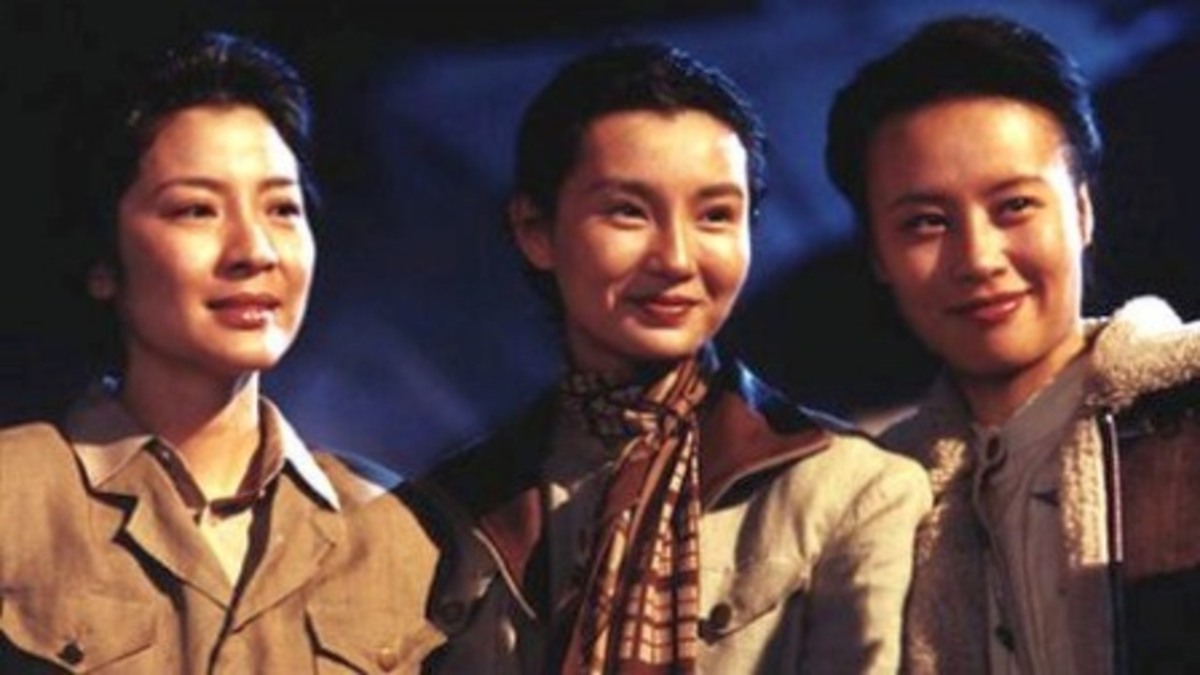 Kitaro’s extraordinary music led me to want to see this film, and I’m grateful for it.  I’ve also always been fascinated by world history, so historical biopics tend to resonate with me greatly.

In The Soong Sisters, China’s turbulent 20th century history is captured sweepingly in nearly two-and-a-half hours (this is the longer, more effective cut than the two-hour version) as we follow the three famous sisters who had pivotal roles in changing its course.

From director Mabel Cheung, who made The Illegal Immigrant (1985) and An Autumn’s Tale (1987) early in her career, The Soong Sisters is probably her most ambitious film.

It’s a straightforward treatment as we are taken chronologically through the early 1900s to after WWII, albeit via the cliché person-on-the-dying-bed-recalling-the-past flashback approach.

Michelle Yeoh rounds out the trio as the eldest sister, Ai-Ling, who ‘loved money’, though she is infrequently the focus.

Much of Mabel Cheung’s film centers on the cordial if also fraught relationship between Ching-Ling and May-Ling as ideologies, politics and legacies get in the way of their sisterly love.

The Soong Sisters is a fairly sentimental look at history and runs the gamut of emotions in the space of its runtime as most scenarios are dramatised for effect.

It is useful as an introduction to the remarkable contributions and exploits of the Soongs, setting the personal against the wider canvas that is the changing tide of history.