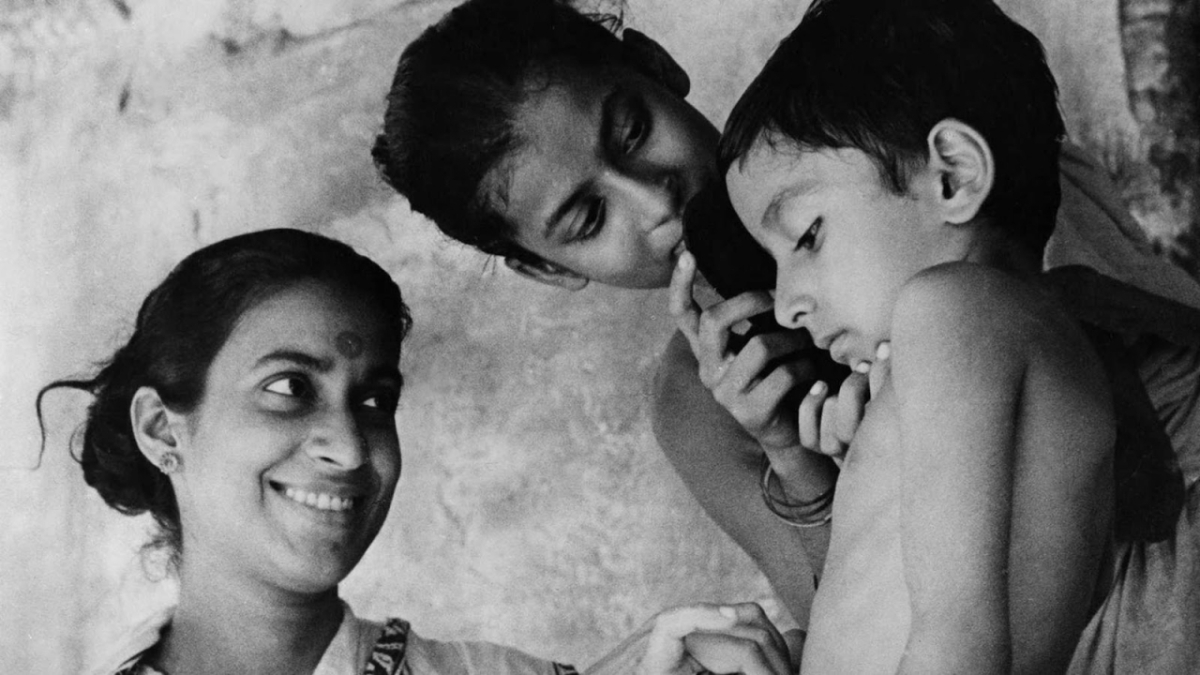 One of the greatest films of all-time from the legendary Satyajit Ray.

Akira Kurosawa famously said that to not have seen the films of Satyajit Ray (pronounced as “rai”) was like existing in this world without seeing the moon or the sun. If that is not the highest accolade a fellow great filmmaker can give to another, then what is?

Even though Ray had made a number of outstanding works such as The Music Room (1958) and Charulata (1964), his greatness would always be linked back to the ‘The Apu Trilogy’ – Pather Panchali (1955), Aparajito (1956), and Apur Sansar (1959) – three films that shot Ray to international fame and established him as one of the medium’s most respected practitioners.

Arguably the greatest filmmaker to come out of India, Ray’s first feature is nothing short of stunning. Winning a couple of awards at Cannes, Pather Panchali (or Song of the Little Road) is a human document of poverty in rural India.

The film tells the story of a boy called Apu (Subir Bannerjee), born into a poor Brahmin family. His father dreams of being a priest one day and also harbor hopes of becoming a playwright.

His mother takes care of the household while his older sister, Durga (Uma Das Gupta), helps her. They live in a shoddy hut that is one monsoon away from being wrecked apart.

The source of tension is provided by an extremely frail, but optimistic old aunt, who loves Apu and Durga very much. She lives with Apu’s family, but is often unwelcomed by his mother, who finds her a disturbance and an unnecessary burden to their family’s financial plight.

The premise is very basic, but Ray wrings out every possible emotion from the story, allowing the characters to resonate with us, as we cheer and weep at their circumstances.

“When I’m better, we’ll go and look at the trains again. We’ll get a good look this time.”

The final act is an emotional tour de force that is a showcase of the raw power of Ray’s exquisite skill as a director of actors, enhanced by his astute placement of his camera that empathetically captures their performances.

Ray is also a master of expressing character through seemingly blink-and-you-miss moments such as in one scene of the selfless old aunt apparently exhausted after walking for miles.

She asks for water, but the mother refuses to oblige. The old woman struggles to pour herself a bowl of water, of which she only drinks a few sips from, and then dumps the rest onto her beloved plant.

Beautifully shot in black-and-white in a small village and its surrounding woods and grasslands, and under unpredictable tropical weather, Pather Panchali is a window to the beauty of rural India’s landscape, which ironically acts as a counterpoint to the poverty and suffering of its inhabitants.

The film is not only a potent look at the human condition, but also a reflection of change. Change that is caused by invading modernity like steel columns that hold communication lines, and locomotives that pass by; Change that is also caused by fate, and the need to embrace change in order to move on with life.

Ray’s debut feature is one of his greatest works. It is a rare example of cinematic triumph for a first-time director. Pather Panchali is a must watch, and if this review hasn’t already got you excited to search for a copy in your local library, perhaps knowing that it is scored by the legendary sitar master Ravi Shankar might just compel you to take immediate, decisive action.