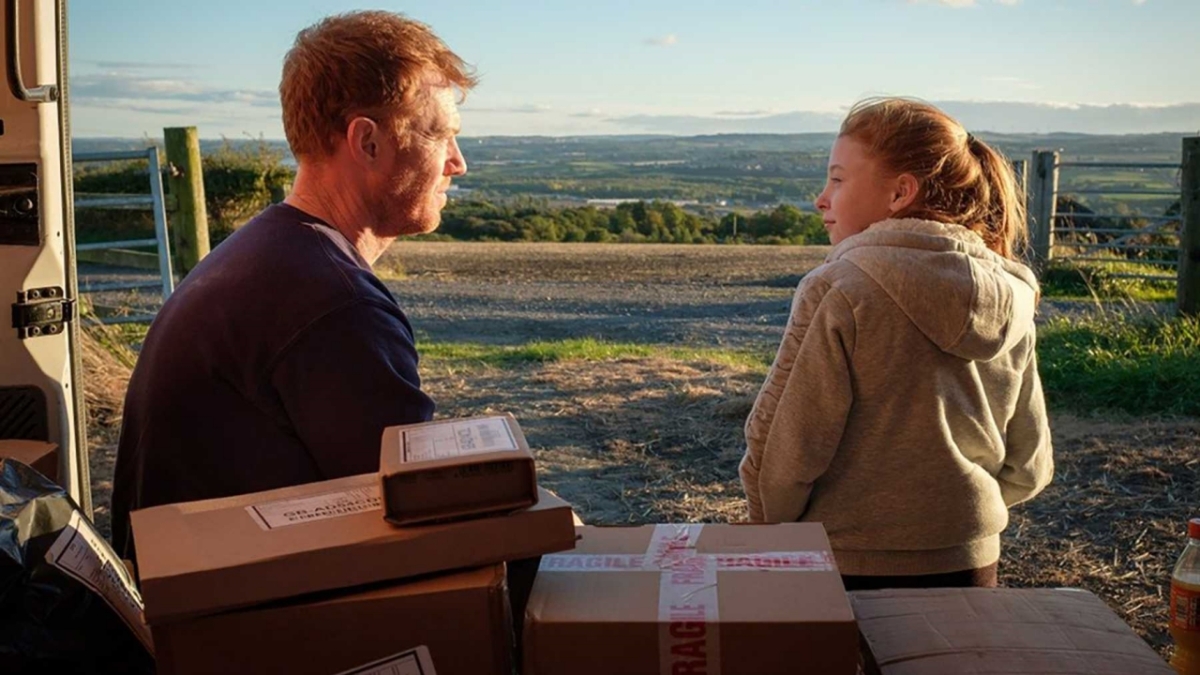 Ken Loach’s take on the perils and false hopes of the gig economy is at once heartbreaking and angry.

Ken Loach’s latest doesn’t quite hit as powerfully as his Cannes Palme d’Or-winning I, Daniel Blake (2016), but it retains that righteous sense of anger against all that is wrong in Britain.  This time Loach’s target is the cutthroat gig economy, particularly those who deliver e-commerce items.

Sorry We Missed You portrays a working-class family falling (further) apart when the father takes on a new job as a delivery person.  He rents a large van amid mounting debts, and encounters all kinds of tricky customers, including one who really hates Manchester United.

His work, though, is the least of his worries.  His son is rebellious and uncooperative, while his wife struggles with her exhausting timetable as a freelance home carer after selling her car to fund his van.  Their daughter is at least understanding, but fears her family is on the brink of disintegration.

“This is my family, and I’m telling you now, nobody messes with my family.”

Loach gives us another film that is both heartbreaking and resentful.  At the social level, there are endless perils and false hopes inherent in the gig economy, with businesses trying to exploit its vulnerable service providers.

Yet, at the personal level, most people remain unsympathetic or ungracious toward the other.  Paul Laverty, Loach’s go-to screenwriter since the mid-‘90s, captures all that simmering anger, frustration and chronic worrying through dialogue.

I personally order a lot of stuff online (mostly physical media) and have them delivered to my doorstep; so Loach’s film has somewhat triggered me to think about those in Singapore who have no choice but to partake in the gig economy.

Cutting down on non-essential complaints (so what if a little bit of soup got spilled in your GrabFood order, or an item that you did not need urgently came a day later), and saying thank you to those who toil from day to night just to earn that bit of money to support their families are the least you can do.  And please thank them with a warm smile.