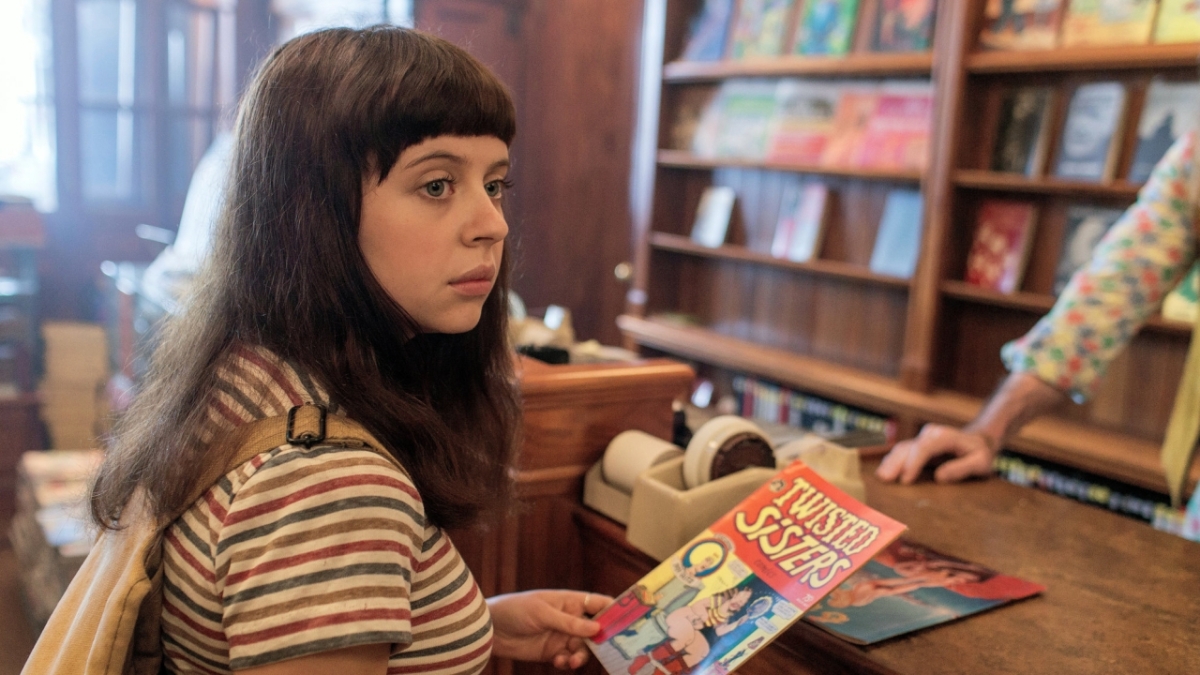 Inventive and almost whimsical look at love and sex in this explicit if heartwarming coming-of-age tale.

One of the under-the-radar indie offerings of 2015, The Diary of a Teenage Girl straddles between explicit adult material and teenage whimsy.

This weird concoction of a film is likelier to find the right audiences in the States, but in Singapore with an R21 rating slapped on its behind, older teenagers won’t be able to (legally) see it, which is ironic because this movie is meant for them.

Featuring the 23-year old breakout star Bel Powley who plays a 15-year old girl called Minnie, The Diary of a Teenage Girl tells her tale of sexual desire and the need to feel loved.

She lives with her divorced mother (Kristen Wiig), a woman who enjoys partying and drinks, and a bookworm-looking sister.  But the person at the center of Minnie’s world is Monroe (Alexander Skarsgard), her mom’s boyfriend whom Minnie has a secret affair with.

Directed and written by Marielle Heller in her feature debut, The Diary of a Teenage Girl is inventive in its treatment of the coming-of-age movie.

Using a mix of 2D animation spawned out of the wild imagination of Minnie, a wannabe artist herself, and some surrealistic imageries that fantasize her state of mind, Heller’s work stands out from the typical, meeshy-mushy teenage romantic drama that prioritizes cheesy relationship scenes and awkward emotional manipulation.

Here, the almost pedophilic relationship between Minnie and Monroe is intriguing.  It is mature and sensitive in its development, yet also retaining a sense that not all is morally right.

Contrary to expectation, it is Minnie who has a voracious appetite for sex, while Monroe has to grapple with the dilemma of loving her completely or continue loving her mother.

The Diary of a Teenage Girl is complex in drawing out relational issues, not to mention dwelling extensively on themes of teenage angst and libido, the freedom to love, and exploration of sexuality.

The performances by Powley and Skarsgard are excellent, especially the former’s seeming nonchalance of being naked and fondled by guys and girls alike.  She is bold and fearless both physically and emotionally.

Perhaps the one gripe I have of Heller’s work is that it is not truly groundbreaking.  It may be unique in its treatment and presentation, but for a film about a rebellious girl who doesn’t conform to societal or anyone’s (including herself) expectations, I expected the entire film to be a personification of Minnie.

In some ways, it is; in other ways, there is still a tendency to revert to familiar tropes.  But still, this is a remarkable first film from Heller.