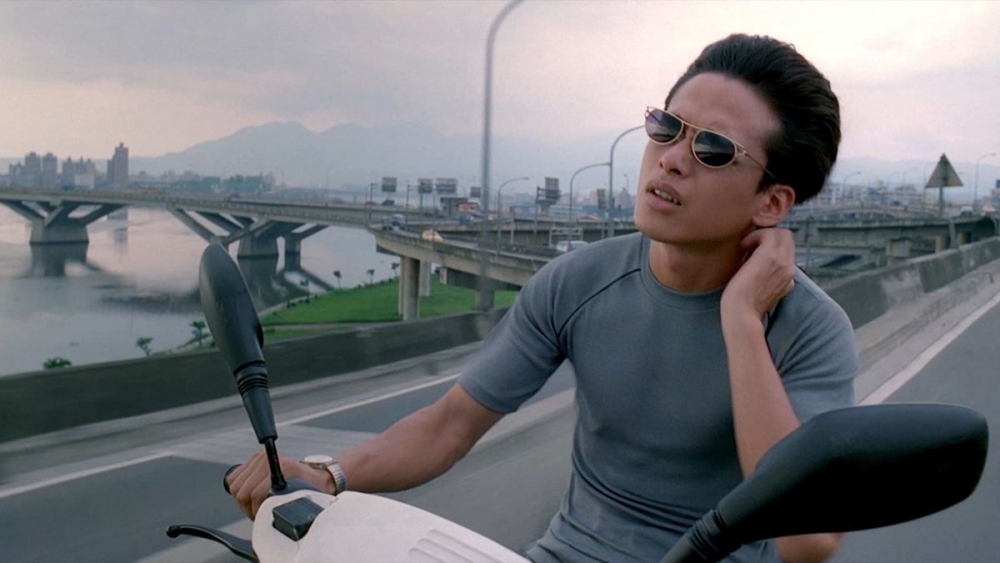 Tsai solidifies his oblique, slow-paced style with this odd, and at times, shocking meditation on the incommunicability of humans through a family of loners.

The River may be only Tsai Ming-liang’s third feature, but on the basis of his first three films (the other two being Rebels of the Neon God (1992) and Vive L’Amour (1994)), one could have made a fair claim at that point in time for the Taiwanese filmmaker to be one of world cinema’s most original and fascinating voices.

Part of the Second New Wave of Taiwanese cinema, Tsai would go on to make films that are not just distinctively his, but become more oblique and elliptical, sometimes to the point of frustration and extreme boredom.

Critics have described his work as ‘slow cinema’, a mode of cinematic inquiry that relies heavily on sheer minimalism and long takes, and without any clear sense of narrative impetus.

Unlike Rebels, which could be his most outwardly accessible work, or Vive L’Amour, which has elements of slow cinema but still maintains some semblance of traditional storytelling, The River marks a significant step forward in Tsai’s authorship, where his unique style is given the space (and time) to flourish and solidify.

It may not necessarily be the best of the trio (my favourite is Vive L’Amour), but it could be the most pronounced of his early work in the ‘90s—the definitive Tsai film if there ever can be one.

Beginning with an extended sequence of a woman (Hong Kong legend Ann Hui herself!) trying to shoot a problematic scene in the river with a dummy as a dead body, The River introduces Tsai’s favourite actor Lee Kang-sheng as a man who would solve her problem by being a stand-in for the dummy. Soon after, his character Hsiao-Kang inexplicably suffers from acute pain in the neck that leaves him twitching uncontrollably.

At a visual level, it can be a schadenfreude-esque sight to behold as he tries to function like a normal human being, like attempting to eat or ride a motorcycle. In a serious and extremely bleak work like this, having to take pleasure in a character’s affliction is a blessing and a masterstroke by Tsai.

There are also two other characters played by Miao Tien and Lu Yi-Ching that Tsai separately focuses on—and we only figure out that they are Hsiao-Kang’s parents after what seems like a half-hour.

Yet we seem to know these characters much better than they know each other (or themselves), and this is quite a feat by Tsai as he explores this family of loners (rarely speaking to each other) as a conduit to express the larger theme of modern incommunicability.

Such is the mundanity of life that these characters have to resort to the ‘taboo’ to excite themselves. For example, the father seeks out gay men in a nearby bathhouse, while the mother hooks up with a seemingly uninterested man who sells pornographic tapes (which provide a form of sexual titillation for her).

And I haven’t mentioned about the motif of water—a leaking ceiling primarily causing distress to the father. All these come together in a poetic and symbolic way.

If you can muster the patience to sit through Tsai’s craft, you will be rewarded with one of the most shocking scenes ever conceived, yet there’s a penetrating inevitability to it all—a heavy cloud of despair, a cry for comeuppance, an unbelievable sadness.