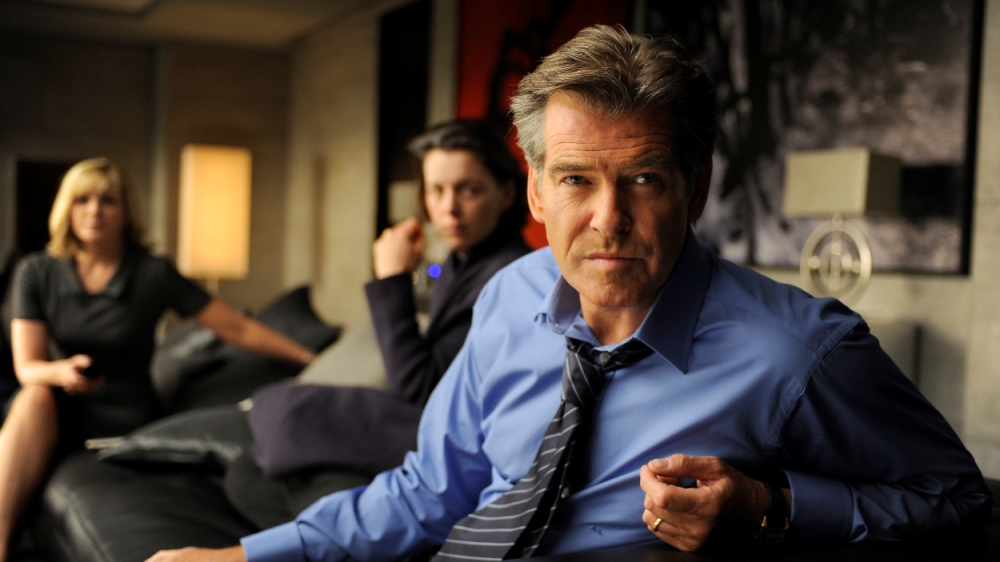 One of Polanski’s finest post-2000s efforts – this is a first-rate old-school mystery-thriller that sees the master filmmaker at the top of his game.

Viewed: In Theatres
First Published: 17 May 2010
Spoilers: No

Roman Polanski is back in fine form. His new film, The Ghost Writer, is well-received by critics and won the Silver Bear for Best Director at Berlin.

With the exception of The Pianist (2002), one of the great WWII films, and since The Tenant (1976), Polanski’s films have ranged from the decent to the frustrating, but are mostly unmemorable and not the kind associated with the acclaimed director of Chinatown (1974), Repulsion (1965) and Rosemary’s Baby (1968).

The Ghost Writer harbors a return to the “golden era” of Polanski’s career. It may be modern cinema starring popular contemporary actors as Pierce Brosnan and Ewan McGregor, but its direction and approach remains old-schooled and its craftsmanship fundamentally solid.

This is the work of a filmmaker trained in the lost art of movie storytelling, where strong direction (and misdirection) is the key to captivating audiences rather than using gimmicky effects that reduce films to cheap experiences.

McGregor plays The Ghost, a ghost writer hired to edit the memoirs of former British Prime Minister Adam Lang (Brosnan) who is facing charges of crimes against humanity.

The Ghost replaces another ghost writer who penned the memoirs but suspiciously drowned in an “accident” that is mysteriously unsettling. As The Ghost digs deeper into the situation, he uncovers information that would threaten his life.

Polanski pens the screenplay based on the novel “The Ghost” by Robert Harris. The Ghost Writer is built on suspense filmmaking and has its influences strongly rooted in Hitchcock.

Even the music accompaniment composed by the omnipresent Alexandre Desplat channels Bernard Hermann (who composed for some of Hitchcock’s greatest films), proving his versatility once again after channeling Ennio Morricone in Wes Anderson’s Fantastic Mr. Fox (2009).

Some wide shots are a homage to the “crop-duster” sequence in North by Northwest (1959), not in action but in mood setting. Polanski places The Ghost ala Cary Grant’s Roger O. Thornhill in remote areas waiting for someone or something ominous to happen. In The Ghost Writer, Polanski trades the hot and dusty surroundings with chilly, rainy, and gloomy weather.

The lead performance by McGregor is low-key yet sharp enough to invite empathy as we fear for his character’s life. The supporting cast is quite strong of which most credit should go to Brosnan who manages to shake away his “Bond” tag and become Lang. Olivia Williams also gives a good account of herself playing Ruth, the strong-willed wife of Lang.

Another interesting subplot (but of no relation to the film) is Polanski’s identification with Lang’s situation. Both of them face criminal charges (Polanski for statutory rape committed more than three decades ago). The director pokes fun at the irony that Lang could seek refuge in the US but he could not.

The final shot is a powerful reminder that Polanski is still a master of his own fate. While many would lament its possible illogicality and farcical outcome, it is important to realize that this is a shot only a true filmmaker would have envisioned.