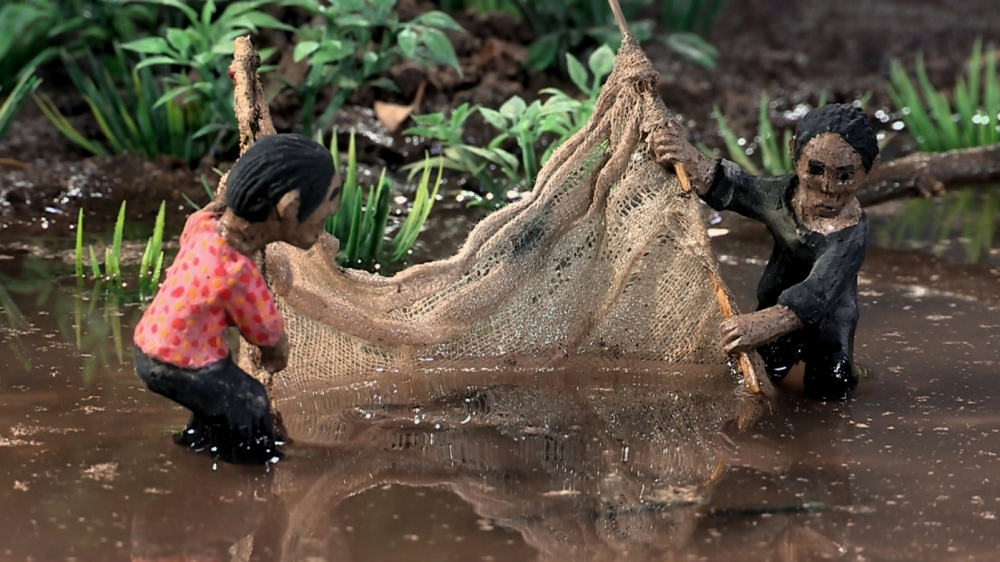 The treatment of Cambodians’ collective experience of the Khmer Rouge through the use of clay figurines may be fascinating, but the material is sometimes repetitive and inconsistently engaging.

Panh has been the foremost chronicler of his country’s modern history, particularly the collective and individual trauma as suffered by his countrymen during the Khmer Rouge era.

His is a cinema of cinematographic memory, but in The Missing Picture, he employs a treatment that primarily uses clay figurines, accompanied by (French) narration, to tell several stories and personal experiences of his family during those painful years.

Painstakingly hand-made, these figurines stand static in carefully-designed ‘sets’, with each face showing a dogged expression that is frozen in time, a representation of endurance and persistence despite grim times.

“What I give you today is neither the picture nor the search for a unique image, but the picture of a quest: the quest that cinema allows.”

With archival footage (propaganda from the dictatorship) thrown into the mix, Panh also sets out to show us that where records are not missing, he is able to plug in the gaps.

But there have been too many missing pictures and too many voices silenced, where the only hope is to tap onto existing memories and to channel them into symbols for reimagining.

Panh’s material can sometimes be repetitive and inconsistently engaging, a sticking point in an otherwise interesting film for history and documentary buffs.

There is a recurrent visual motif of waves crashing into the camera that seems out of place in the film, but I like to think of their insertions as also symbolic, that is, if one day everything is swept away by the tide of history, Panh’s figurines might just stay afloat.