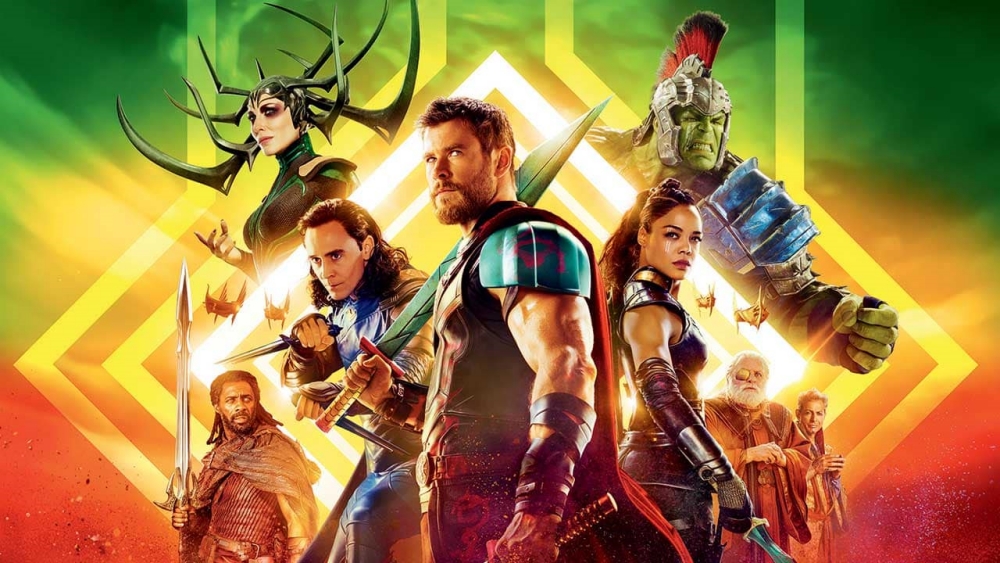 A zany installment in the ‘Thor’ franchise that is the closest Marvel has come to making a pure fantasy-comedy.

Sorry to confuse you, but watching Thor: Ragnarok, the third movie of the franchise, is like watching a second ‘first’ movie. It presses the reset button, stripping away the serious and darker tone of the first two movies, and replaces it with blistering fun and never-ending humour.

It is the closest Marvel has come to making a pure fantasy-comedy that is not Guardians of the Galaxy (2014). The result is splendid, a sure-fire winner and should be quite the crowd-pleaser.

It, however, lacks the dramatic substance of the first Thor (2011), which I really like, though it is surely an improvement to the plain-Jane if serviceable Thor: The Dark World (2013).

Thor finds himself facing the challenge of getting out of captivity in a number of scenarios peppered throughout the movie. But his greatest challenge is to defeat the all-powerful Hela (Cate Blanchett in evil queen mode), who happens to be his older sister, banished by their father many, many years ago.

Together with Thor’s brother, Loki, the ‘family affair’ threatens to destroy their very homeland. Singaporeans would be quick to draw similar comparisons to our very own ‘Lee Saga’.

“Asgard is not a place, it’s a people. And its people need your help.”

But politics and power plays aside, Ragnarok is possibly the funniest Marvel picture to date, all the more surprising because the humour comes largely from Thor’s interactions with others—the God of Thunder was never a good joker, intentionally or otherwise.

This could be Chris Hemsworth’s breakthrough role as a comedy actor, and most of the laugh-out-loud moments involve or center on him. One particular sequence that still gives me the chuckles is when he shares screen time with Benedict Cumberbatch’s Doctor Strange.

Ragnarok not only has the laughing gas to thank for, but New Zealand filmmaker Taika Waititi’s eccentric vision.

Waititi is known for his quirky independent comedies such as What We Do in the Shadows (2014) and Hunt for the Wilderpeople (2016), and it is telling from the zany tone of the film, and the playful way he uses music (Led Zeppelin’s “Immigrant Song”, plus an original score infused with groovy electronic rhythms) that Marvel wanted something entirely different with this movie.

Overall, Ragnarok is an enjoyable appetiser to what could be Marvel’s most anticipated film, Avengers: Infinity War (2018)—their PhD film really, which would represent a decade-plus culmination of their dominance over popular culture through its unparalleled strategic planning and marketing machinations.