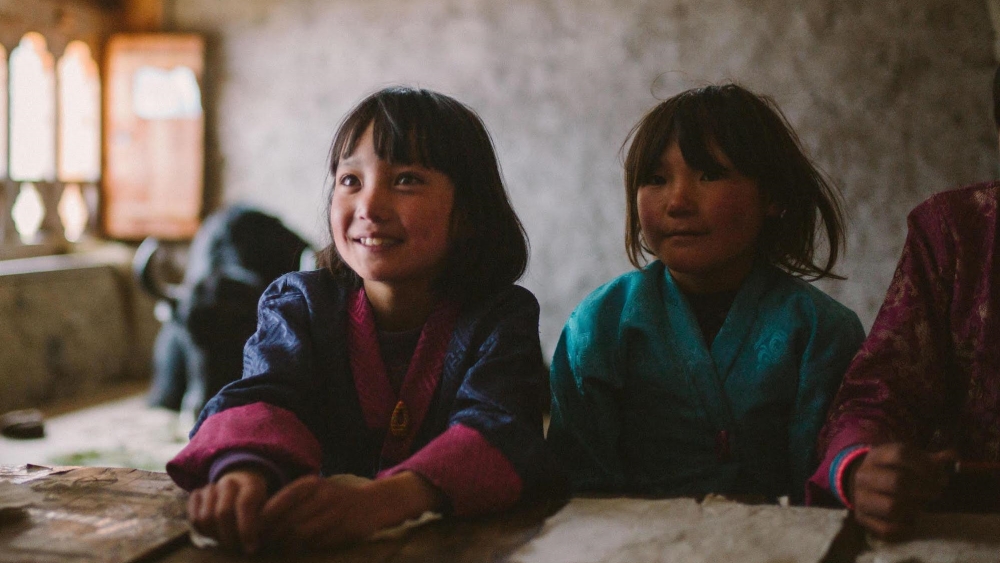 Shot in the most remote school in the world, this modest Bhutanese gem keeps its story simple and life-affirming.

Cast: Sherab Dorji, Tshering Dorji, Kelden Lhamo Gurung, Ugyen Norbu Lhendup, Pem Zam
Plot:  A young teacher in modern Bhutan shirks his duties while planning to go to Australia to become a singer. As a reprimand, his superiors send him to the most remote school in the world, a glacial Himalayan village called Lunana, to complete his service.
Awards: Official Selection (Busan)
International Sales: Films Boutique

It’s not everyday you get to see a film from Bhutan.  Directed by Pawo Choyning Dorji in his first feature film, Lunana: A Yak in the Classroom is one of those small ‘world cinema’ type discoveries that keeps me going as a programmer.

It’s a modest gem by Dorji, who recently produced Hema Hema: Sing Me a Song While I Wait (2016) by Bhutan’s representative filmmaker Khyentse Norbu.

Lunana takes us to the remote highlands where there is no direct access except to trek up the terrain for days on end.  Up there where yaks graze the mountains lies a tiny village with a handful of people.

Ugyen, a severely unmotivated city teacher with dreams of migrating to Australia to become a singer, is sent there to teach to fulfil his final year as a government-contracted civil servant.

It is a simple story told with simplicity and great beauty.  While shots of the extraordinary Bhutanese landscape are to die for, it is the lives of these yak-herders and cordyceps-pickers that we find resonance with, particularly their children, who are so motivated to learn that even the barest of classrooms can’t temper their spirit.  One of them, Pem Zam, who plays herself, is remarkable.

Due to the remoteness and lack of facilities, the film was shot on solar-charged batteries.

Lunana is life-affirming and fulfils one of the most essential aims of cinema—which is to open up windows for us to see different parts of the world.  As an educator myself, this film struck me emotionally.

It reminded me that there are places where teachers are highly-respected, where children desperately want to learn, where parents have hopes that the next generation will not be like them.

This will be an eye-opener for educators in Singapore, where we drown ourselves in pedagogy, theory and assessment, sometimes at the expense of the very people whom we are trying to teach.

Bhutan continues to be famous for being the happiest nation in the world, so if we are to talk about the ‘joy of learning’ in Singapore, there’s no better way but to learn from the masters themselves.

Lunana is a highly-accessible work, a docu-drama if you will, and certainly an excursion that will prove illuminating for everyone, especially teachers in need of some kind of elixir.