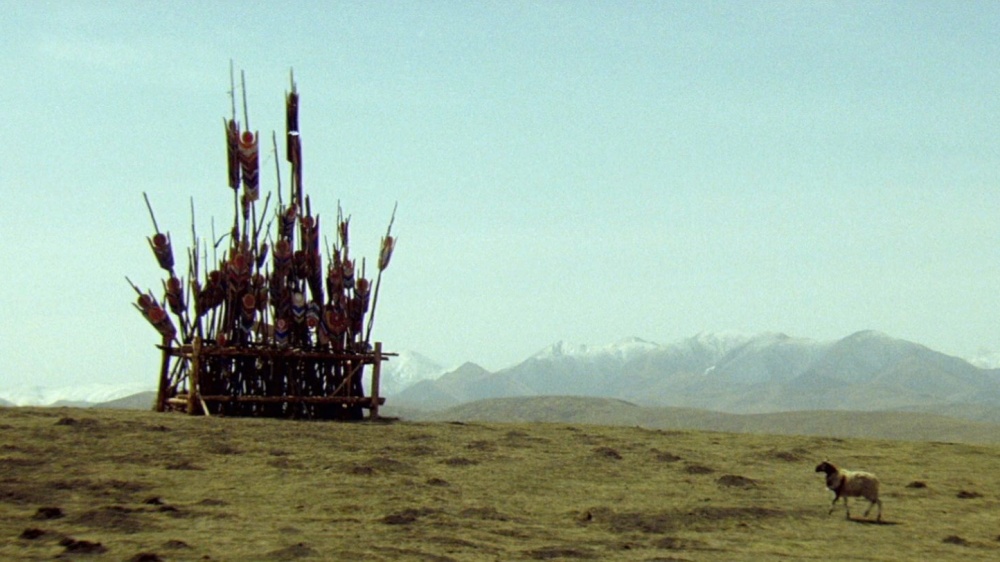 This is experimental filmmaking on an epic scale, and also one of the greatest pictures to emerge from China’s Fifth Generation.

Cast: Rigzin Tseshang, Dan Jiji, Jamco Jayang
Plot: In 1923, tribesman Norbu steals horses to support his family. After committing a robbery, he and his family are banished by their tribe and live in exile.
Awards: –
Source: Rediance 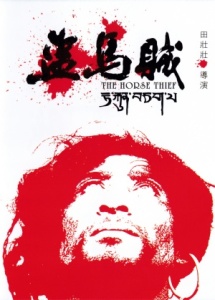 Tian Zhuangzhuang’s breakthrough work remains to be one of the pinnacles of Chinese cinema from the Fifth Generation.  In a pristine 4K restoration undertaken by the China Film Archive, The Horse Thief looks absolutely gorgeous on the big screen.  Its widescreen cinematography poetically captures the beauty and brutality of the landscapes, as an isolated Tibetan tribe embraces and endures the four seasons.

The film centers on a man who is a horse thief as he tries to provide for his family.  He is caught one day and expelled from the tribe.  Left to fend for his family alone, he tries to repent.  I’ve described very briefly the rough plot, but truth be told, there is no real plotting in Tian’s work.

In fact, The Horse Thief privileges its experiential, and sometimes, formal qualities rather than the traditional storytelling function of cinema.  While it might be a stretch to say this, but I see Tian’s film as experimental filmmaking on an epic scale.  Visuals and the principles of montage take precedence, as well as the use of sound and music to create an ethnically-intoxicating soundscape.

Director Tian Zhuangzhuang once said that he made this movie for audiences in the 21st century.

The overall effect is akin to a cinematic meditation on tradition, culture, religion and a fading nomadic way of life.  Karmic inevitability is a major theme, and in the film’s most extraordinary sequence, we see a haunting montage of superimposed images accompanied by Tibetan bells and horns after a tragic incident.

There are countless scenes of temples, praying, chanting, ceremonial events, cultural performances, etc. that Tian’s film becomes an ethnographic study of sorts, which is something that fascinated Martin Scorsese, who praised it as one of the greatest films to emerge in 1990s (although the film was released in 1986, it only grained traction in the States many years later).

One might even make the assumption that Scorsese’s interest in Kundun (1997) could have been in some way sparked by Tian’s work. The Horse Thief is an absolute eye-opener, and remains to be so more than thirty years later.  Like its setting and people, the film seems to exist outside of time.

Whether it is Tian’s magnum opus continues to be debated, but he would go on to make arguably his finest film, The Blue Kite (1993), the one that got him a hell lot of trouble with the Chinese government.