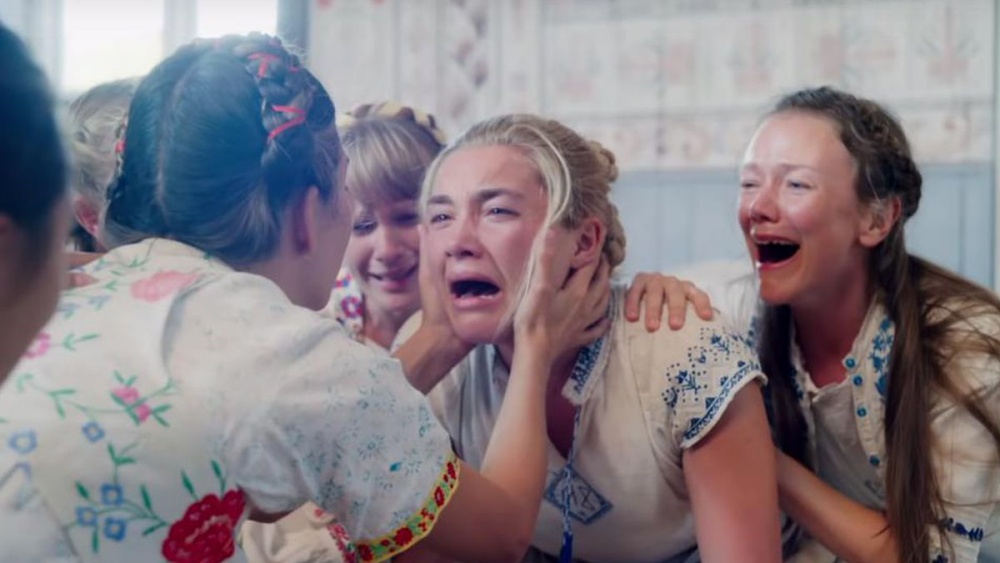 Ari Aster’s sophomore effort may be too disturbing for the uninitiated viewer, but its strange, otherworldly quality is an experience like no other.

Cast: Florence Pugh, Jack Reynor, Vilhelm Blomgren
Plot: A couple travels to Sweden to visit a rural hometown’s fabled mid-summer festival. What begins as an idyllic retreat quickly devolves into an increasingly violent and bizarre competition at the hands of a pagan cult.
Awards: –
International Sales: A24

If Hereditary (2018) and Midsommar were to prove anything, it would be that Ari Aster is a fine craftsman with a knack for making his stories feel way smarter than it should be.  But his debut feature was unfortunately disappointing and took far too long for the viewer to invest any substantial interest in the characters or narrative.

From making arguably the most overrated horror film of 2018 to his new and quite audacious sophomore effort, Aster has certainly grown as a filmmaker.  Admittedly, there were times when Midsommar threatened to make the same mistakes as Hereditary, but Aster’s broader ambition—and more critically—clearer vision pushed the film to overcome its problems.

It’s a mammoth film, running at 150-odd minutes (the director’s cut is nearly 3 hours), but truth be told, it could have been a tighter movie.  Yet, its sprawling length is also a gruelling experience, and perhaps seen from this point-of-view Aster’s film might work better.

“This high my fire. No higher. No hotter!”

Its strange, otherworldly quality translates very well as a piece of immersive cinema, where the seeming congeniality of its setting would hide some of the most disturbing acts to be depicted in today’s filmmaking.

Midsommar will be too harrowing for the uninitiated viewer, but it is impossible to look away because the formality of Aster’s craft is effective in holding your gaze, even if the characters aren’t exactly compelling to watch.

He takes his time to tell the story of a group of American friends who at the behest of a Swedish acquaintance, flies to an isolated rural village in Sweden where the community would commemorate a week-long mid-summer festival that happens only once every 90 years.

Despite the Swedish setting, the film was mostly shot in Hungary.

Through scenes that become increasingly disconcerting, Midsommar pulls no punches in taking violence, gore and nudity to near-extremes, at least in the context of R-rated independent American cinema. Its uncompromising approach is certainly welcomed, refreshing even, but one might ask of its general tone: is it supposed to play out as horrific or absurd?

I don’t think Aster would have an answer, but a strong, central performance by Florence Pugh, who plays Dani, a woman suffering from a relationship breakdown (her boyfriend tags along in this journey), gives us a character whom we might as well root for if we are to find some semblance of sanity (or closure) at the end of the day.

Aster has mentioned in interviews that Midsommar is a breakup movie gone bad; he didn’t say that it was this badass.