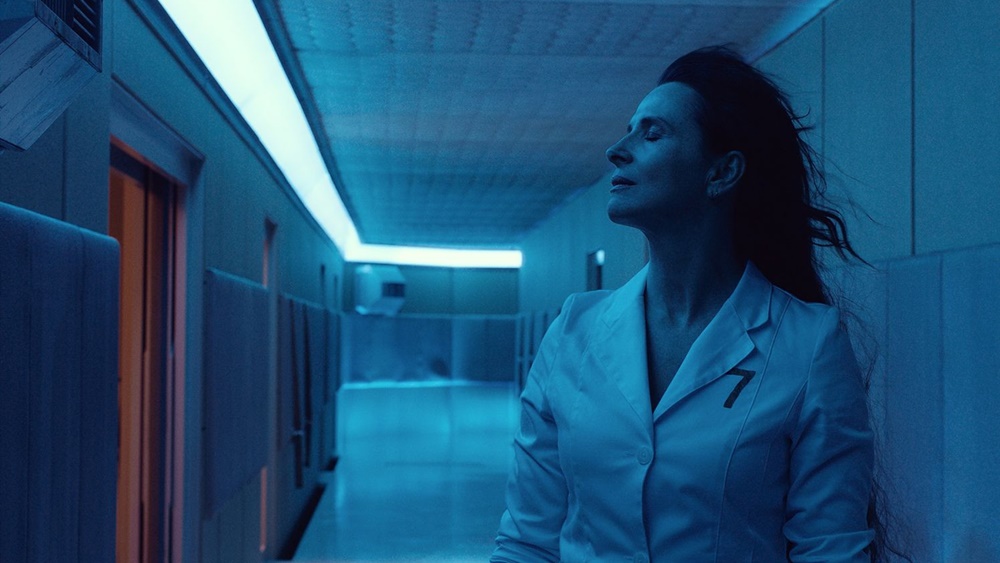 Arthouse sci-fi galore in this superbly-crafted tale by Claire Denis on sexuality and mortality in deep space.

Widely admired by film enthusiasts around the world, Claire Denis has been making films for more than three decades.  Some of her best-known works include Chocolat (1988), Beau travail (1999) and 35 Shots of Rum (2008).

In what is her first ever science-fiction film, Denis’ latest, High Life, starring Robert Pattinson and Juliette Binoche, will not only please fans of the filmmaker, but also those who are into edgier genre movies with a strong arthouse DNA.

This is the first time I have ever seen a deep space film dealing head-on with sex and sexuality, and for that reason, I think it is an admirable breakthrough for Denis, who turns 73 this year.

Stuck in space in a self-sustaining spacecraft, Pattinson plays Monte whom we see is with a baby at the start of the film.  Living in sheer isolation with a garden to generate food and oxygen, we learn that there had been more people in the spacecraft.

That is all you should know going into this compelling if deliberately-paced tale about what it means to exist for oneself and others when the conception of home is no more.

This is Denis’ first English language film after 13 feature films in French. She stated the reason she made it in English was that she simply couldn’t imagine people speaking French in space, only either English or Russian.

Craft-wise, Denis has made a technically-assured work that draws on influences from sci-fi movie history, particularly in art direction, but its aesthetics doesn’t create attention unto itself, and I think this is why High Life feels a bit different from any other sci-fi film I have seen—that it is almost organic in its treatment, rather than an indulgent exercise in style or a showcase of filmmaking bravura.

Despite having star names, High Life has limited commercial appeal if one were to see it as a genre movie.  It may have moments of ‘action’—sharp bursts of violence and gore that punctuate the seemingly peaceful environment—but much of the film tackle more philosophical questions about mortality, and very often via the human fascination with primal sexual desires and sex fluids.