An utterly miserable work about a woman coming to terms with her cheating husband that is torturous to sit through. 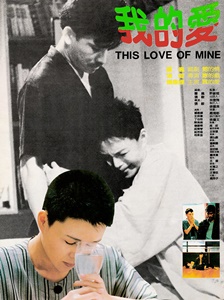 I could be in the opinion of the minority but I still can’t fathom how Chang Yi, one of New Taiwan Cinema’s leading filmmakers, can go from the career high of Kuei Mei, a Woman (1985) to an utterly miserable work that is his next film.

Starring Loretta Yang (two-time Golden Horse winning actress), This Love of Mine centers on a woman who must come to terms with a cheating husband.  Suffering from a stifling psychological fear over ‘bad things’ that might happen to her family, Yang’s character is a dour one, made even more unbearable by a stilted performance.

But I feel the fault lies in Yi’s direction rather than her performance. Much of the movie operates at a slow pace as if pretending the drama is self-important, be it every subtle glance, spoken line or fit of emotion.  It’s all difficult to take in for me, and certainly torturous enough to sit through while hoping it might just get better.  But it doesn’t.

Themes centering on what love is, and the disappointing nature of failed marriages drive the plot, but the worst crime that Yi commits is to stage the proceedings in a way that doesn’t feel like it wants to interest the viewer at all.  An off-putting movie to avoid.