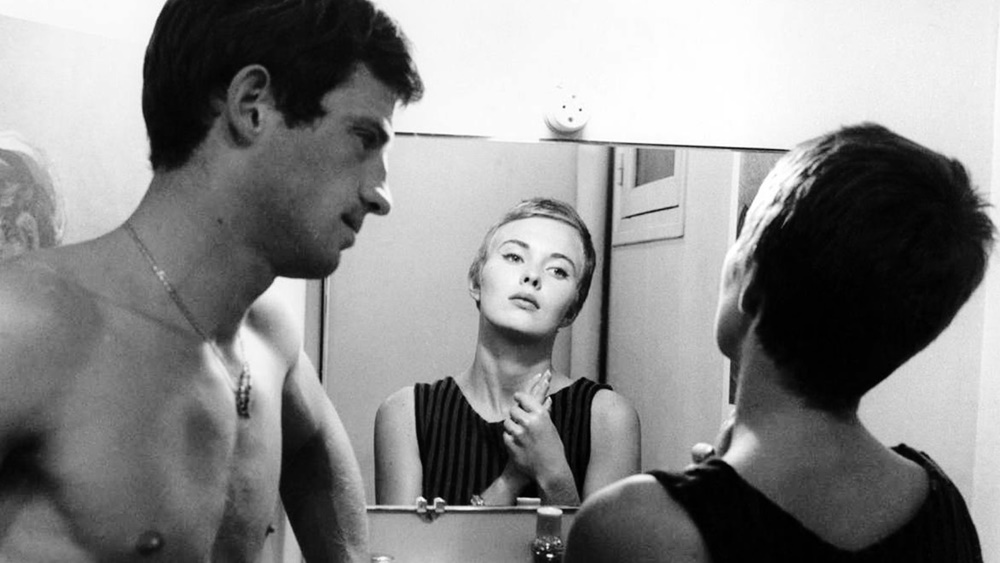 Perhaps the most canonical of French New Wave movies other than Truffaut’s “The 400 Blows”.

Cast: Jean-Paul Belmondo, Jean Seberg
Plot: A small-time thief steals a car and impulsively murders a motorcycle policeman. Wanted by the authorities, he reunites with a hip American journalism student and attempts to persuade her to run away with him to Italy.
Awards:Won Silver Bear – Best Director (Berlin). Nom. for 1 BAFTA – Best Foreign Actress
Source: Studiocanal

One of the most important films ever made, Breathless is a major pillar of the French New Wave. Directed by legendary director Jean-Luc Godard, and written by Francois Truffaut, another leading force of the highly influential cinematic movement, this riveting work changed the face of cinema in a number of ways.

Most crucially, it freed the medium from the dominant bourgeois culture of the West. It challenged the classical Hollywood style of glamorous star power, and the meticulous, economical—but also predicable—studio filmmaking, providing an alternative method to creating motion pictures.

Breathless stars Jean Seberg as Patricia Franchini, a free-spirited young lady who works for a news company, and Jean-Paul Belmondo as Michael Poiccard, a dashing young car thief who seeks temporary refuge in Patricia’s room after killing a policeman. Both of them know each other but only scarcely.

Michael is mostly preoccupied with seducing Patricia into sleeping with him and migrating together to Rome. Patricia, on the other hand, tries to ignore his advances but cannot resist his charm. Meanwhile, newspapers and the police close down on Michael who shows no concern towards the noose that is slowly tightening on him.

Breathless challenged the Classical Hollywood style of continuity cutting as well. Godard broke the conventions of cinema as it was known at that time, inventing a whole new film language through the frequent use of jump-cuts—sometimes disorientatingly—and on-location shooting (an influence of Italian Neorealism of the ’40s and ’50s).

In the final shot, Godard breaks the fourth wall. He shows a close-up shot of Patricia looking directly into the camera. Godard is perhaps trying to deliver a sense of sarcasm through this final parting shot: “Yes, there is an important cinematic rule that says ‘Actors should not look directly into the camera.’ But I am Godard. I am a rebel, I do not believe in rules. Pure cinema should enjoy true freedom of expression.”

In the middle of the film, there is a lengthy sequence shot in a small room where the two leads are. Despite the constraint of space, Godard not only manages to eliminate any hints of claustrophobia, he makes it remarkably engaging through mood setting, in this case, a sensual, near-erotic one.

Throughout his time in film, Godard has continued to push the boundaries on the structural and narrative possibilities of cinema. Even though it is a debut, Breathless remains to be one of his most lasting works and probably the most remembered and widely studied as well.