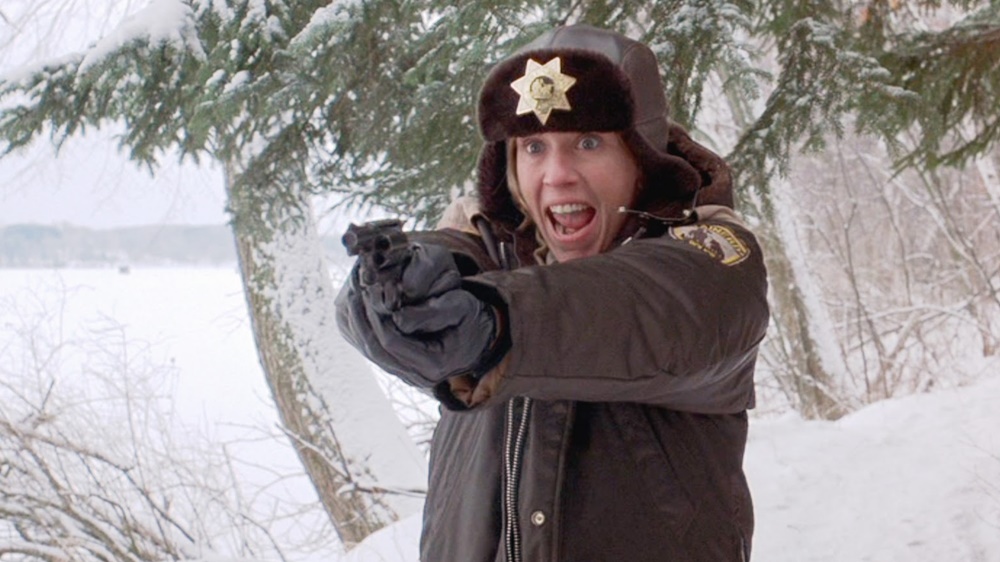 The Coens’ sense of the macabre is near-perfected in one of their most beloved films.

There is a quick-glance subtitle at the start of Fargo that says the film is based on a true story. What a smart prank by the sneaky Coens. Never trust ‘em brothers, for Fargo is a tale that borders on the near incredulous. Made in 1996 on a shoestring budget with a small cast of effective performers, Fargo is often considered by critics to be the quintessential Coen film – quirky, odd, violent and darkly amusing.

Despite having some of their films financed by major distributors, the Coens have all these years remained a truly independent unit, always finding themselves a corner in the sandbox where they have full liberty to build their dream sandcastle. Fargo has some of the best acting performances in a Coen film, especially from William H. Macy (Jerry) and Frances McDormand (Marge).

Jerry and Marge are two characters that have personalities that are polar opposites of each other. Jerry is a fumbling, nervous, dim-witted salesman who has a huge money problem; on the other hand, Marge is a persevering, quick-thinking, and calm pregnant police chief who stumbles upon one of the strangest kidnapping-murder cases ever seen this side of Minnesota.

Despite the outstanding displays, the characters seem distant and we do not care whether they live or die. For once, the Coens focused too much on creating the perfect setting, the perfect story, thus neglecting the importance of giving emotional value to the characters they have written.

These flaws of Fargo are somewhat covered by the same thing that covers the landscape of Minnesota – heavy snow. The cinematography by the legendary Roger Deakins is the film’s most striking aspect. Building frame after frame of long, composed takes of spreads of white, he manages to bring a sense of gloom to the mood of the film.

The genius of the Coens is their ability to fuse strong, uncompromising violence with moments of dark humor. We see that in No Country For Old Men (2007), but it is in Fargo where they actually perfected this macabre formula. It is the kind of film that will get better with repeated viewings. Well, ain’t most Coen pictures?