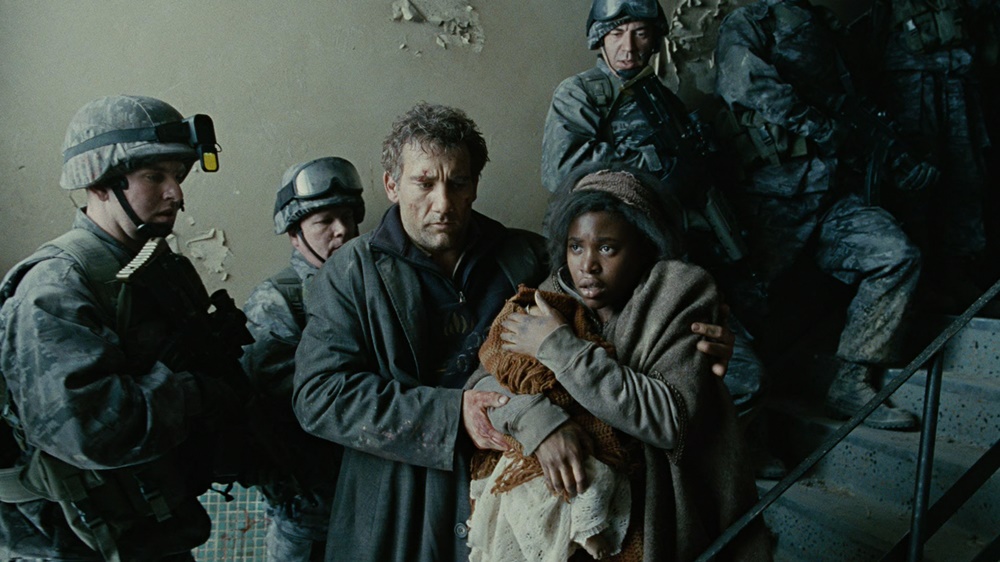 Alfonso Cuaron’s masterwork is one of the great dystopian movies of our time, unfortunately underseen and underappreciated by many.

This film blew me away. I think it is one of the few best dystopian films in the history of modern cinema. And in my opinion a much more accomplished film than Gravity (2013) in many ways.

While Gravity finally landed director Alfonso Cuaron and cinematographer Emmanuel Lubezki their deserved Oscars, Children of Men has become a cult masterpiece, underappreciated when it first released, but has garnered a new following.

Personally, I feel it is one of the great underseen gems of the 2000s decade. Like Ridley Scott’s Blade Runner (1982), there is hope that it will be (re)discovered in the ensuing decades.

Hope. Is there really one? Cuaron portrays a world so bleak that it is difficult to be optimistic. Women have become infertile. There has not been a birth for 18 years. There are societal chaos, environmental degradation, refugees and illegal immigrants, and a totalitarian government. Welcome to Britain 2027.

Using grey as the film’s primary colour palette, Cuaron emphasizes on stark images with brutal violence to unsettle viewers. Particularly, a handheld long take in the climax that sees the camera shadow Clive Owen (who plays the film’s anti-hero) as he makes his way into a “war zone” is eerily similar to certain sequences in the final battle in Saving Private Ryan (1998), in terms of its sound editing and documentary-like approach.

“As the sound of the playgrounds faded, the despair set in. Very odd, what happens in a world without children’s voices?”

Speaking of long takes, now a trademark of Cuaron-Lubezki, the most impressive scene is that car scene with a rotating camera inside a car. Rioters follow and attack the car as it reverses. Many things occur, some rendered with the help of digital effects, but they don’t mask the scene’s technical bravura.

Cuaron has intended for Children of Men to be modeled after the “documentary” approach of The Battle of Algiers (1966) rather than films like Blade Runner or 12 Monkeys (1995).

He succeeds to some extent, though I prefer to see it as a cautionary tale, a warning that is also a reflection of our fears of where humanity may be heading in the future.

A supporting cast of Julianne Moore, Michael Caine and Chiwetel Ejiofor join Owen. The performances serve the narrative without drawing much attention. This is the rare occasion when outstanding direction and cinematography rivet the audiences over exceptional acting.

Children of Men is many things at once – a tense chase-thriller, an intelligent sociopolitical commentary, a haunting vision of the future, and a visceral tale of the human condition.

It succeeds at almost every level, and like any great picture, it ends on an ambiguous note that is sure to set you thinking (and feeling). I urge you to see this masterpiece.