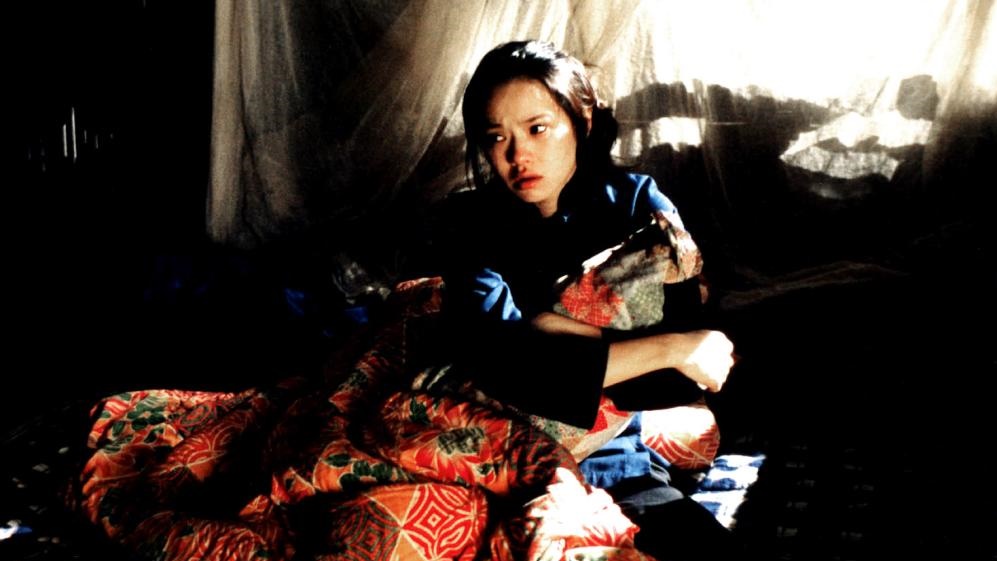 An astounding achievement and possibly my favourite work by Hou – this severely underrated film is layered, complex and possesses extraordinary cinematic power.

Cast: Annie Shizuka Inoh, Lim Giong, Jack Kao
Plot: Liang Ching is being persecuted by an anonymous man who calls her repeatedly but does not speak. Liang is also rehearsing for a new film that is due to go into production soon. It is about a couple who returns to China to participate in the anti-Japanese movement in the 1940s and are arrested as communists when they go back to Taiwan.
Awards: Nom. for Palme d’Or (Cannes); Won 3 Golden Horse Awards – Best Director, Best Adapted Screenplay, Best Sound. Nom. for 3 Golden Horse Awards – Best Picture, Best Leading Actress, Best Film Editing
International Sales: Shochiku

Coming after the one-two punch of A City of Sadness (1989) and The Puppetmaster (1993), Good Men, Good Women completes Hou Hsiao-Hsien’s ‘historical’ trilogy with potent emotional impact.

Unfortunately, being overshadowed by the two preceding films means that it remains severely underrated, which doesn’t do justice to how this work should be regarded.

Good Men, Good Women is one of Hou’s most complex and layered pictures, once again exploring past trauma, but situating it in a modern psychological space marked by a present amnesia of Taiwan’s troubling history.

In this regard, the film expands cinema’s engagement with how history is perceived, and how its spectre continues to haunt, unknowingly or otherwise, the people of today.

There are three intertwining narratives, which may prove to be challenging to make sense of: Firstly, a young woman, Liang Ching (Annie Shizuka Inoh), living in modern Taipei gets anonymous phone calls, while receiving countless fax documents of her old diary.

Secondly, Liang Ching of the first thread is also an actress, preparing for the role of Chiang Bi-Yu in a biopic about the anti-Japanese resistance called ‘Good Men, Good Women’.

Thirdly, shot in black-and-white, we see Chiang Bi-Yu and her group of anti-Japanese comrades traveling to mainland China to join the resistance more than fifty years ago. This is imagined by Liang Ching.

Hou keeps these three threads at arm’s length for the bulk of the film; sometimes the cutting between different settings and time periods can feel jarring, without eliciting much emotions.

As such, the director’s trivialization of blatant consumerism, promiscuity, and lack of idealism in today’s youth, is drawn into sharp, even shocking, contrast with the heroic sacrifices of the post-war generation.

But in the final quarter of Good Men, Good Women, he switches gears and the film becomes emotionally highly-charged as the weight of history pushes us to reflect with a heavy heart how the mirroring characters Liang Ching and Chiang Bi-Yu have suffered, and by extension, how Taiwan has come to be – a fragmented and ignorant country.

This brings to the fore the brilliant circularity of its meta-filmic engagement: prologue and epilogue can be read as one-and-the-same: historical, imagined past, and re-enactment.

And what a way to end the film off with a goosebumps-inducing song sung as if it is a funereal battle cry for redemption and justice, in a valiant bid to exorcise the ghosts of trauma that have been embedded so deep in history. A masterpiece.