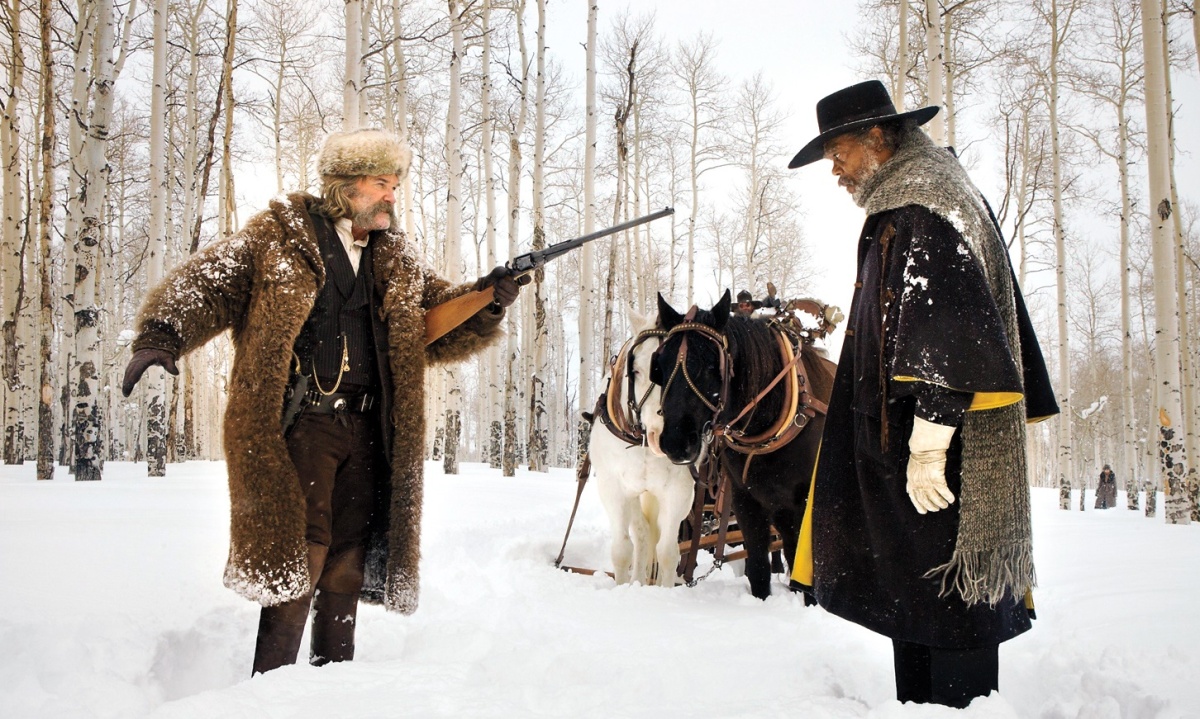 Its epic length may be of disservice to Tarantino’s latest work, but this is his most maturely-crafted film to date, though not necessarily one that is thoroughly compelling.

Quentin Tarantino’s eighth film may have been a mixed bag for many, including his fans, but to be fair, this is his most maturely-crafted film to date.

He has grown up, suppressing his inner excitability and reverential enthusiasm for homage and genre-mashing, and channeling much of his focus and energy on craft and characterization.

The theatrical version of The Hateful Eight is as lengthy as Django Unchained (2012), both films culpable of overstaying their welcome, but the former’s epic length may be of more disservice to itself as the film functions largely as a contained chamber piece compared to the more journeyistic Django.

Starring an ensemble cast with the likes of Samuel L. Jackson, Kurt Russell, Tim Roth, Michael Madsen, Bruce Dern and the Oscar-nominated Jennifer Jason Leigh, the film sees their characters (and many others) forced to seek refuge in a coffee house in the middle of a blistering blizzard.

Tarantino takes pains to make us aware of how freezing it is outside, and how uncomfortably intense it is inside. From a broad perspective, The Hateful Eight is a meditation on the politics of violence, both the unforgiving violence of nature, and the unfathomable depths that human nature (in all of its inherent racism and misogyny) would rear its ugly head.

“Move a little strange, you’re gonna get a bullet. Not a warning, not a question… A bullet!”

Set right after the Civil War, Tarantino pushes the politically incorrect to very provocative levels in a bold attempt to understand the psyche of America, marked by its torrid history and modern amnesia. Surely, The Hateful Eight is his most political film yet, though it is not necessarily his most compelling.

Sometimes overtly indulgent with his written dialogue that could go on for long stretches, the only way that the film works is to surrender yourself to the auteur – don’t judge because you very well know what you are in for, and it does take a while for things to become intriguing and suspenseful.

Ennio Morricone’s unexpectedly harrowing score, and Robert Richardson’s astounding exterior cinematography create an experience unlike previous Tarantino pictures – this is more grounded and elemental, rather than fun and free-wheeling. Which is why when the violence and gore hit you, it can be rather disturbing.

While the jury is still out on whether The Hateful Eight would reward as many repeated viewings as his previous pictures, this is another notable achievement in what has been a remarkable career for American cinema’s foremost provocateur.