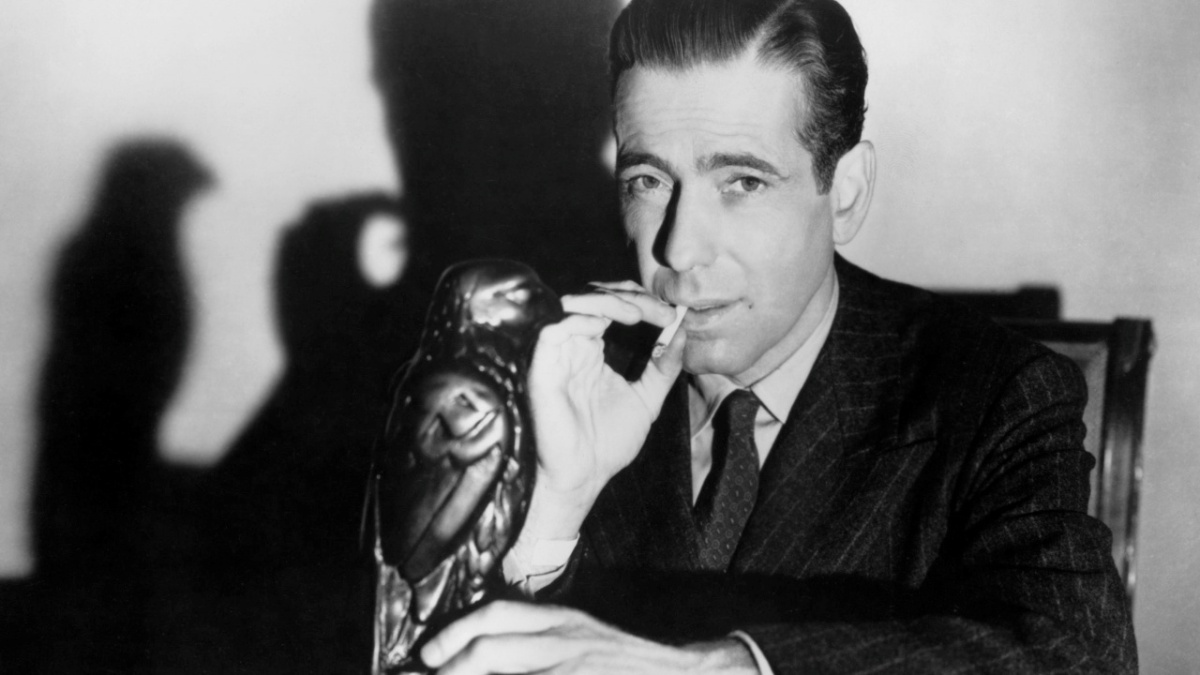 Twisting and turning, Huston’s feature debut works excellently as an old-school mystery drama, setting some groundwork for Hollywood noir to flourish in the ’40s.

In classical Hollywood cinema, The Maltese Falcon came first on many counts.  It was the first film directed by the legendary John Huston, the director of classics such as The Treasure of Sierra Madre (1948) and The African Queen (1951)

It was also the film that propelled Humphrey Bogart from a B-list nobody to an A-list hero, moulding him into one of the medium’s greatest stars.

The Maltese Falcon brought Peter Lorre (who made his name as the villain in Lang’s M (1931)) and Sydney Greenstreet into the limelight as talented supporting actors, both of whom would collaborate with Bogart again in Casablanca (1942).

Bogart plays Sam Spade who runs a private investigation agency together with Miles Archer, his co-partner.  When a mysterious woman calls upon them to help her tail a suspect, Archer is murdered that night.  Spade digs into the mystery and finds himself embroiled in a crime to steal a prized statuette of a falcon.

The Maltese Falcon features memorable performances from Bogart, Lorre, and Greenstreet.  Dialogue-heavy and with a strong focus on character development, Huston’s film is neatly balanced between seriousness and playfulness.

“You always have a very smooth explanation ready.”
“What do you want me to do, learn to stutter?”

Sarcastic exchanges of remarks by the trio as they try to one-up each other in an elaborate game of verbal ping-pong inject both comic relief and tension to the proceedings.  The screenplay, also written by Huston, is deservedly nominated for an Oscar.

Igniting the Hollywood film noir wave of the 1940s, The Maltese Falcon has a strong plot rooted in crime-fiction with the central figure a cynical private detective who is not your archetypal hero.  Huston’s feature debut lays some of the groundwork that would become a staple of future noir pictures.

The Maltese Falcon remains engaging by modern standards.  By opting not to show the statuette of the falcon until the last fifteen minutes, Huston creates intrigue in the viewer.

Moreover, the characters in the film do seem to have hidden agendas and ulterior motives, but they never reveal their true intentions but merely hint at what is to be expected.

In a way, The Maltese Falcon is like a mind game played by crafty people.  It is constantly twisting and turning, yet in the end, it works very well as an old-school mystery drama.