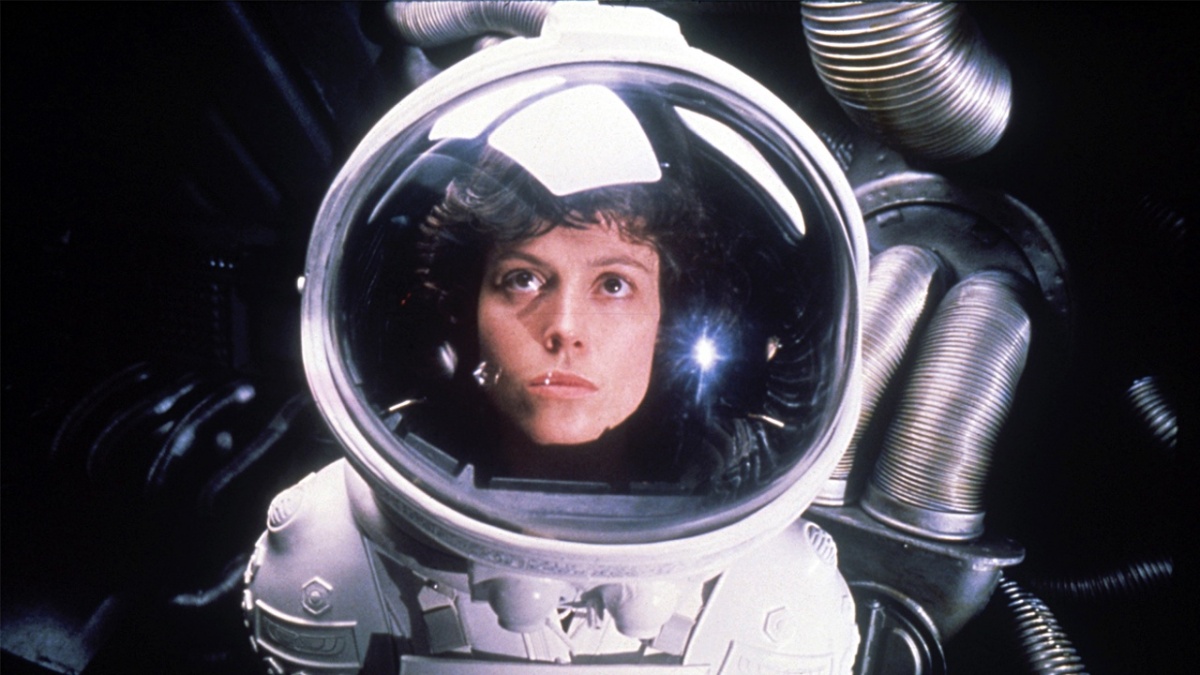 Of all the science-fiction horror movies ever made, Ridley Scott’s significant cultural touchstone of a film might just be the greatest.

Two years after George Lucas and Steven Spielberg wowed viewers and rejuvenated the science-fiction genre with Star Wars (1977) and Close Encounters of the Third Kind (1977) respectively, Ridley Scott scared the living hell out of moviegoers with Alien, perhaps the most terrifying (read: satisfying) sci-fi horror picture ever made.

Alien stars Sigourney Weaver who plays arguably the greatest sci-fi heroine of all-time – Ellen Ripley. She is part of a minimal crew on board a large deep-space tug called the Nostromo. Along the journey back to Earth, they intercept a distress call from a nearby space body and decide to investigate, unaware of the perils that lie ahead.

Designed by H.R. Giger, the Alien is sparingly-glimpsed. Like the film’s characters, we are unsure how it really looks like and how evil it really is. This ‘Jaws effect’ approach, together with Scott’s slow, deliberate pacing and direction, adds considerably to the terror that it creates. The tension is incredible, especially in scenes when a character wanders off alone to his or her eventual doom.

The creature’s savagery is matched by its instinctive intelligence. Even though it is all-powerful, the Alien chooses to hunt down each character one by one, playing on their fears as they see their numbers dwindle by the hour.

The film is brilliantly scored by the late Jerry Goldsmith who used musical cues to dictate the level of suspense. The art direction and set decoration are fantastic with influences from Kubrick’s 2001: A Space Odyssey (1968). This is most evident in the interior design of the Nostromo which gives a sense of isolation and claustrophobia.

The final quarter of the film is literally a dizzying blend of sight and sound. As Ripley races against time to escape the Alien, Scott brings the suspense to an unbearable high through the use of shaky hand-held cameras, flickering lighting, loud hissing sounds, and quick cuts.

Although James Cameron’s Aliens is more epic, has a higher rewatchability and packs more thrilling action, the first installment is near perfect in the way it handles tension. It is as nerve-wrecking watching it the tenth time as the first.