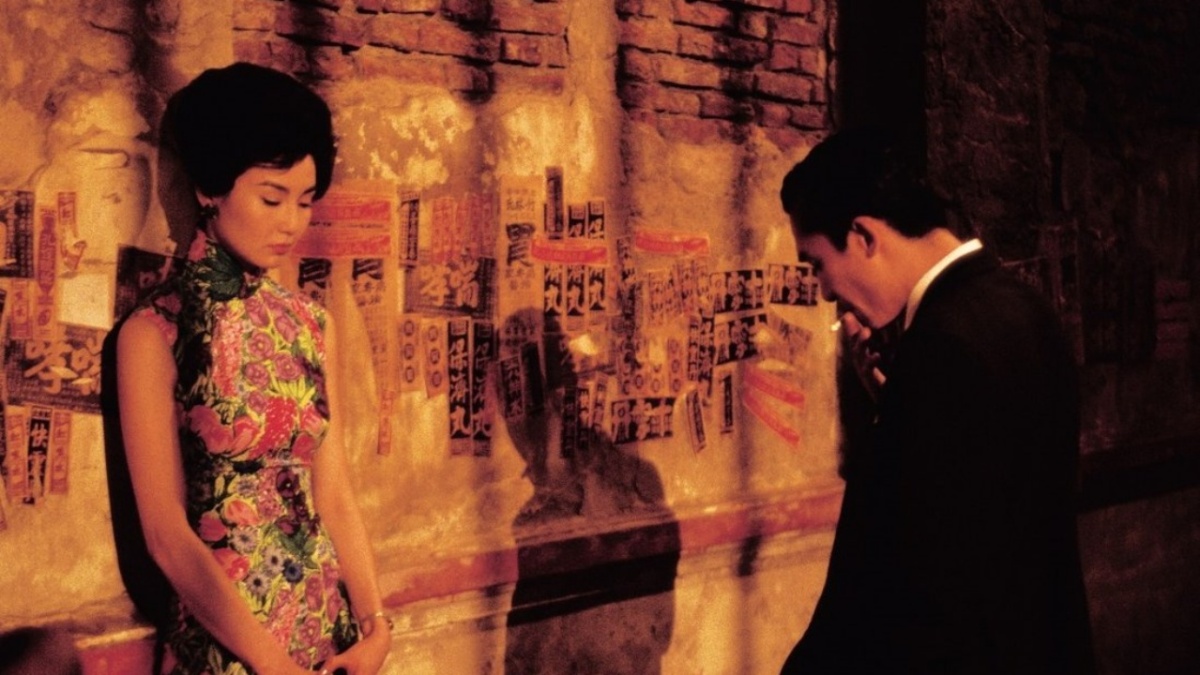 Arguably Wong Kar Wai’s finest hour, the film is gorgeous yet restrained… like an alluring yet yearnful waltz.

In the Mood for Love is Wong Kar Wai’s most signature film, full of visual splendour and recurring, nostalgic music, complete with a storyline that meanders with meaning, and fantastic performances by the leading cast.

Tony Leung and Maggie Cheung, two of the biggest Asian stars at that time, play Chow and Su respectively who reside in the same apartment building, but in separate rooms as neighbours.

Their spouses are always away and they suspect some kind of extramarital affair going on.  As time goes by, they accept their situation while seeking solace in each other’s companionship, which amid growing confusion, becomes more than just mutual friendship.

Or so it seems.  That is the genius of Wong as he toys with the idea of romance, passion, temptations, societal expectations and personal value systems within overarching themes that are now synonymous with his work, in particular the longing for the past and the complexity of love.

Leung and Cheung give subtle, restrained performances that hide their characters’ inner emotions; we never see their characters lust for each other, but we know that they are desperate for love in a world of isolation as physically and symbolically represented by the two separate rooms that they occupy in the claustrophobic building.

Wong sees a sad resignation in their circumstance, creating the film in such a way that it resembles a yearnful waltz. Once again, his use of music is brilliant.

“Feelings can creep up just like that.  I thought I was in control.”

He alternates between Shigeru Umebayashi’s strings music and songs sung by Nat King Cole that become mysteriously resonant with each repetition, and of course, the occasional classic Chinese oldie from numerous decades back.

Everything about the film’s superb cinematography has been said.  I shall not add to the overflowing archive of compliments except to say that with each subsequent viewing, the visuals become increasingly hypnotic, capturing you under a spell that is difficult to resist.  Well, that is unless you completely reject arthouse movies of the Hong Kong kind.

The final ten minutes is a moment of mad courageousness by Wong.  He shifts from 1960s Hong Kong to the ruins of Angkor Wat in Cambodia.

My first viewing of In the Mood for Love was marred by this unexpected sequence (I gave the film a B grade then).  At that time, I thought it was superfluous to the self-contained narrative that Wong so expertly weaved in the first ninety minutes.

But after my second viewing (which this review is based upon), I have come to realize the significance of the epilogue, not only as an ‘extension’ of sorts to the prior narrative in a bid by Wong to achieve some kind of transcendent closure, but a kind of Wong-esque visual hallmark that in retrospect recalls a similar effort done in his latest, The Grandmaster (2013), with its lingering shots of statues of the Buddha in a temple.