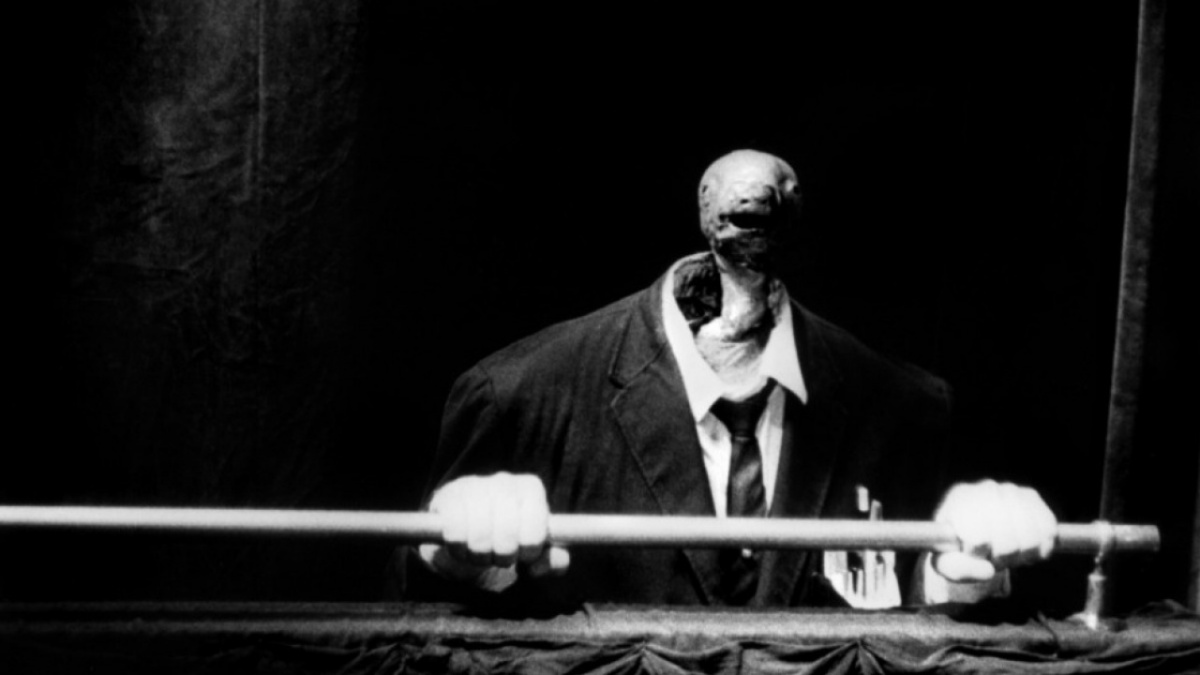 Outstanding feature debut by David Lynch, this is as nightmarish and surreal as they come.

Anyone who has seen Eraserhead knows how good a feature debut it was by American auteur David Lynch. With this breakthrough, Lynch laid the foundations for a brand new style of filmmaking that is a fusion of elements of what has transpired before Eraserhead and what came after this cult film, of which Lynch has attempted to reinforce, though not entirely, with films such as Blue Velvet (1986), and Mulholland Drive (2001).

Eraserhead is still his most nightmarish film to date, a film that is at once repulsive yet strangely beautiful to watch. It hooks you from the start with its haunting imagery, and never lets go until its shocking climax.

It is imbued with an intoxicating Lynchian mood and tone, a psychedelic and surreal trip into a world of madness, one that is bounded by the rules of reality, yet subsuming all other matters of rationale and logic to give an uncomfortable cinematic experience that will stay long in the mind.

Jack Nance plays Henry Spencer, the film’s lead character, and whose eyes we see this terrifying world with. Henry lives in a polluted land, ravaged by decades of industrial work that seemingly does not pause. There appears to be few living souls around as people hide in their homes, perhaps out of fear of the environmental contamination.

“Of course. I’d be happy to. So I just, uh… I just cut them up like regular chickens?”

Lynch’s vision is extraordinary. Shot in high contrast black-and-white, Eraserhead echoes traces of German Expressionism, of which seminal films such as Nosferatu (1922) provide some kind of artistic influence.

Surrealism comes in only after some time, most notably in arguably the film’s most disquieting sequence – the lady in the radiator who sings a skin-crawling song about heaven, as slug-like creatures drop around her onto the stage.

The ‘stage’, I feel, is an omnipresent visual motif in a number of Lynch’s films. In Eraserhead, I feel the stage represents some sort of eternally-blissful platform where reality and surreality meet, only that what appears to be blissful is just a façade.

Eraserhead is quite gruesome, and in many ways, it is a film best left to watch on an empty stomach. The black-and-white veil does not hide the film’s power to disgust, both at a visceral level and in a bizarre, sexual way. Phallic symbols adorn the film, sometimes in seductive ways, other times in threatening ways.

But it is the film’s thick and unsettling atmosphere, coupled with the brilliant use of creepy sound design that make Eraserhead such a fascinating film to watch. It is depressing, revolting, and morbid, but that’s where the fascination lies. And that’s why this Lynchian horror art film has achieved its notorious cult status.