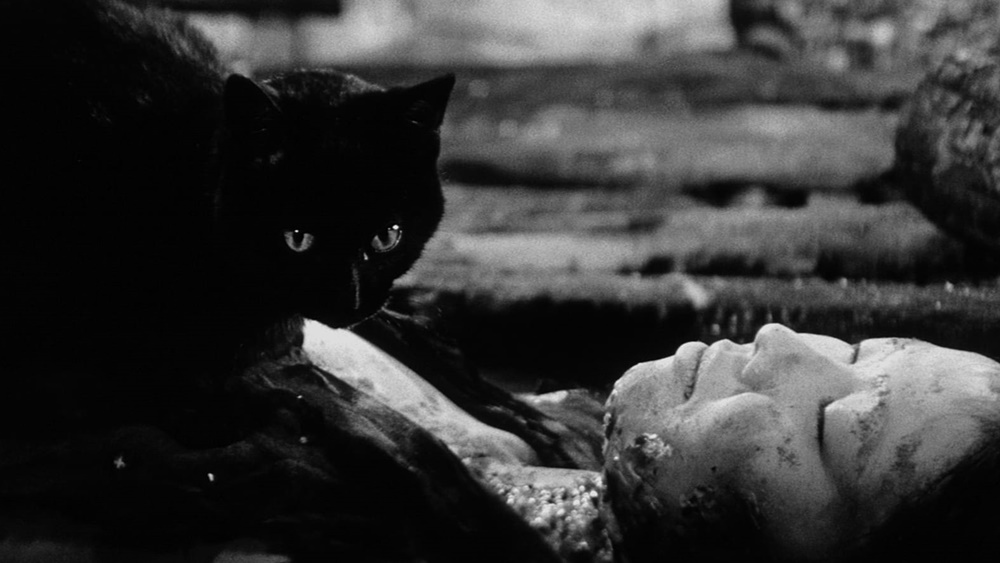 A black-and-white samurai-cum-ghost movie with a thin storyline but effective in its consistent capture of an eerie if alluring visual tone.

Kuroneko, or ‘Black Cat’, might not have been known as well as it is now (though it is still a lesser-known classic of Japanese cinema by any standards) if not for the good work of the Criterion Collection.

A film by Kaneto Shindo, whose most famous pictures include The Naked Island (1960) and Onibaba (1964), Kuroneko bears the visual iconography of both samurai picture and ghost tale, but it is the latter that grounds the film in an almost consistently eerie tone.

Set during a time centuries back when the states are warring, and the power of nobles waning, Shindo’s film charts the tragic plight of two commoners (both women) in a devastating opening sequence where roaming, lawless samurais pillage the peasants’ home in search of food… and satisfy their lust, raping and inadvertently killing the mother and daughter.

It is a brutal prologue, but one that also sets up the strange tone of the film as the aftermath suggests a supernatural foreshadowing (if the film title isn’t already obvious enough).

Seducing wandering samurais, both women return as ghosts to seek revenge on any armed man who is unlucky to cross their path at the ‘Rashomon’ gate.

‘Kuroneko’ was placed in competition at the Cannes Film Festival, but the festival was cancelled due to the events of May 1968 in France.

One might be reminded of Mizoguchi’s Ugetsu (1953), also a ghost tale, but Kuroneko is relatively more mainstream, with several sequences played in genre style, particularly of horror and action.  Despite the thin storyline, Kuroneko is effective in its consistent capture of tone, not just in a strange way, but also alluringly, perhaps even sensually.

With a largely percussive score by Shindo regular Hikaru Hayashi, there’s tension in the uncanny, but also beauty, marked by precise artificial lighting that ‘spotlights’ appearances and movements, much like how Kinoshita approached The Ballad of Narayama (1958).

Kuroneko may not be one of the best of its kind, but it is a useful introduction to Shindo and the unique elements of Japanese jidai geki (period drama), shot in uncommon widescreen.