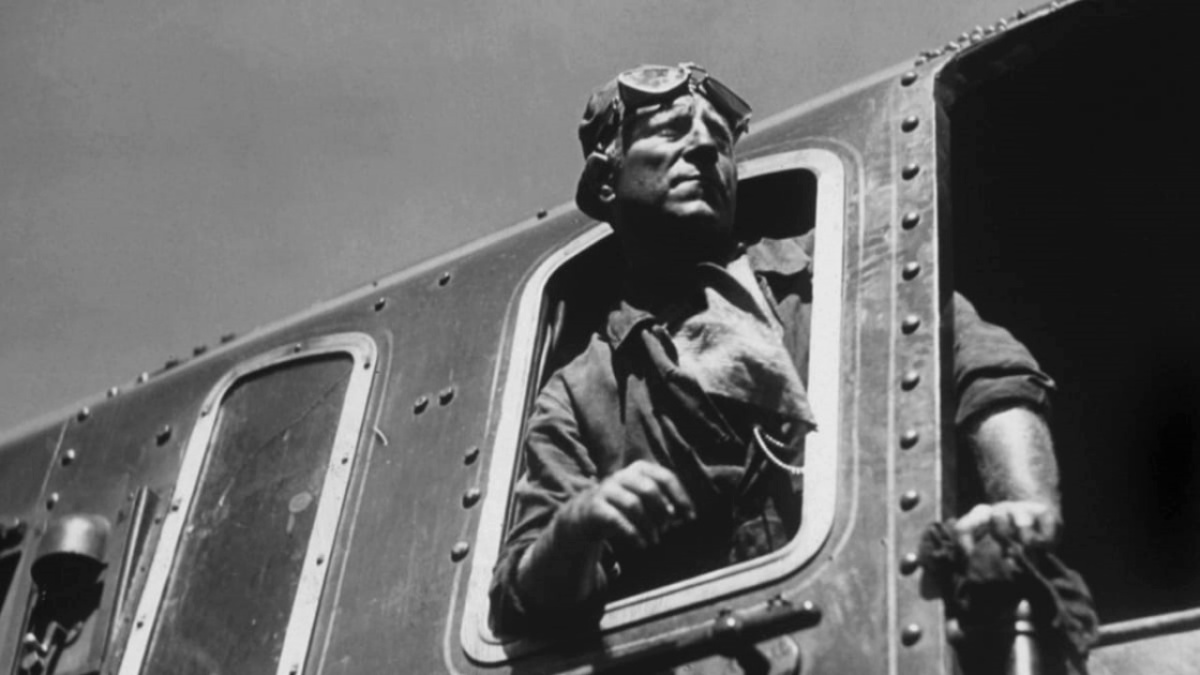 A well-paced and engaging genre effort by Renoir that mixes psychological drama with the crime-noir, featuring Jean Gabin and Simone Simon as doomed lovers.

Made in between two of Jean Renoir’s most famous works, The Grand Illusion (1937) and The Rules of the Game (1939), La bête humaine (or ‘The Beast in Man’) is a decidedly more mainstream effort that mostly plays by the rules of genre, particularly evoking the tropes of the psychological drama with elements of the crime-noir (years before the concept of noir became the subject of critical analysis).

Starring Jean Gabin and Simone Simon as doomed lovers Jacques and Severine, Renoir’s film is an adaptation of Emile Zola’s novel set along the railway between Paris and Le Havre.

Severine is the wife of a station master, Roubaud (Fernand Ledoux in a menacing role), who commits a heinous act out of jealousy, which traumatises her. Jacques, a train engineer with a debilitating secret of his own, is suspicious about the couple but becomes infatuated with Severine.

“It’s like a sort of black smoke which comes up into my head.”

So, this torturous triangular relationship of sin plays out to quietly unsettling nights and the loud chugging of trains during the day.

Many critics have placed La bête humaine in the French poetic realism movement, which does elevate the work as a fatalistic mood piece—there is a sense of foreboding in its hazy cinematography, or perhaps a sense of inevitability as symbolically associated with the rigidity of railway tracks, where there is no way to force a detour except through a disastrous derailment.

Well-paced and engaging, though not as deep or thematically complex as Renoir’s finest pictures, La bête humaine is not a difficult starting point for exploring the French cinema of the 1930s.