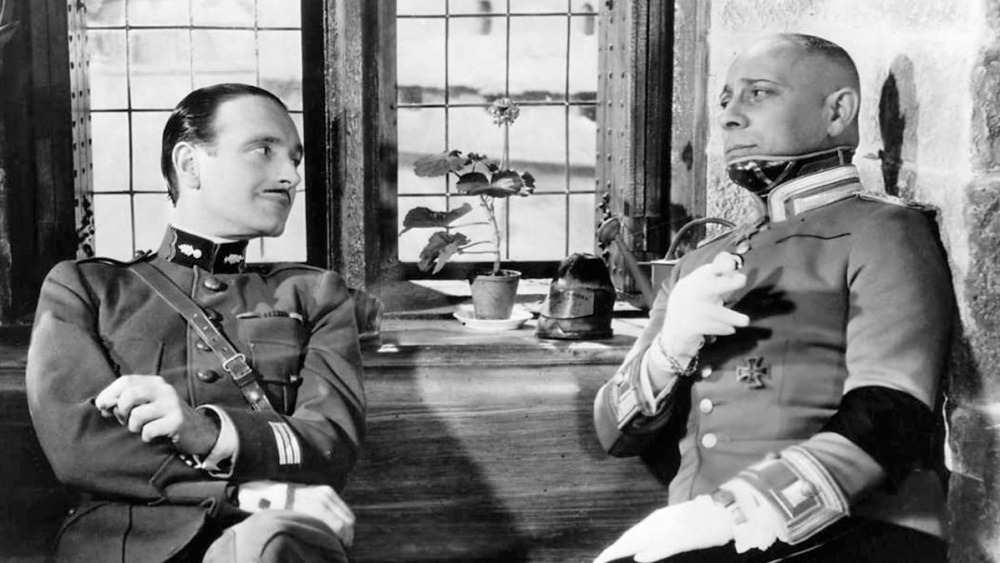 A treasured work from Jean Renoir that deals with class issues in the context of war in this unorthodox prisoners-of-war story. 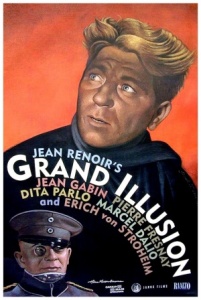 Considered to be one of Jean Renoir’s most cherished works, La Grande Illusion (or Grand Illusion) is a film that looks quite dated, yet its anti-war message remains conspicuous. Released in 1937, the film prints were infamously seized by the Nazis when they occupied France. The Russians then got their hands on the original negative after they stormed Berlin.

There was an exchange of film prints between film archives in Russia and France, but little did anyone know that Renoir’s work was one of them. It was only after decades that the film was properly restored, regaining its status as a masterpiece.

Set in WWI, Grand Illusion is about two French soldiers who have been captured and placed in a German prisoners-of-war camp. They discover a small colony of boisterous French prisoners who have a plan to escape – by digging an underground tunnel out of the camp.

“For me it’s simple. A golf course is for golf. A tennis court is for tennis. A prison camp is for escaping.”

However, before they could escape, they are sent to a fortress-like prison in a remote area where they meet a strict but war-weary German camp commandant, Capt. von Rauffenstein (Eric von Stroheim). They plan an escape strategy even though it is almost impossible to escape.

Don’t mistake Grand Illusion to be a film like The Great Escape (1963). Renoir’s film is nothing like that. It neither provides suspenseful entertainment nor thrilling action sequences in the adventurous sense. In other words, it is not an escapist picture. Having said that, Renoir’s film is also strangely unclassifiable.

It does not look the part of a war film like All Quiet on the Western Front (1930), yet it is set in the context of war. There is also a surprising lack of hostility between the aggressors and the captured, so there is not too much dramatic material to draw from the human conflict.

The uniform worn by Jean Gabin was actually owned and worn by Jean Renoir, who served in the air force during WWI.

Yet the inherent power of Grand Illusion lies in the film’s hidden, metaphorical meaning. Like Renoir’s The Rules of the Game (1939), class relationship is the strongest thematic motif throughout the film.

Both Capt. von Rauffenstein and French prisoner Capt. de Boeldieu (Pierre Fresnay) have aristocratic roots, but tragedy seems to unfold for them, while the ordinary common folk as depicted by Jean Gabin’s quite decent portrayal of Lt. Marechal have more to cheer about than what they (and we) expect. The grimness of war is substituted with a striking socio-political commentary regarding the state of world affairs and its relation to class struggle among other things.

There is one especially outstanding sequence in the middle of the film that shows French prisoners cross-dressing to perform a song-and-dance routine to their German guards. News then interrupts that French soldiers have captured a key location in the war with the Germans. Upon hearing this, the French prisoners start to sing their national anthem with pride.

“Out there, children play soldier… In here, soldiers play like children.”

This sequence is notable for its excellent artistic and emotional direction from Renoir, with its influence on a similar sequence in the much-loved classic Casablanca (1942) rather obvious to the keen cinematic observer.

Grand Illusion is not particularly entertaining and will be a put off for folks who find it difficult to appreciate old, black-and-white foreign films. Like The Rules of the Game, it is occasionally a drag with some scenes that would now be considered pedestrian.

However, Renoir’s interpretation of class issues related to aristocracy remains insightful and the characters seem to be more memorable than they care to be. While I have reservations about it being a great masterpiece of French cinema, it is most certainly a work that is rightly treasured for the right reasons.