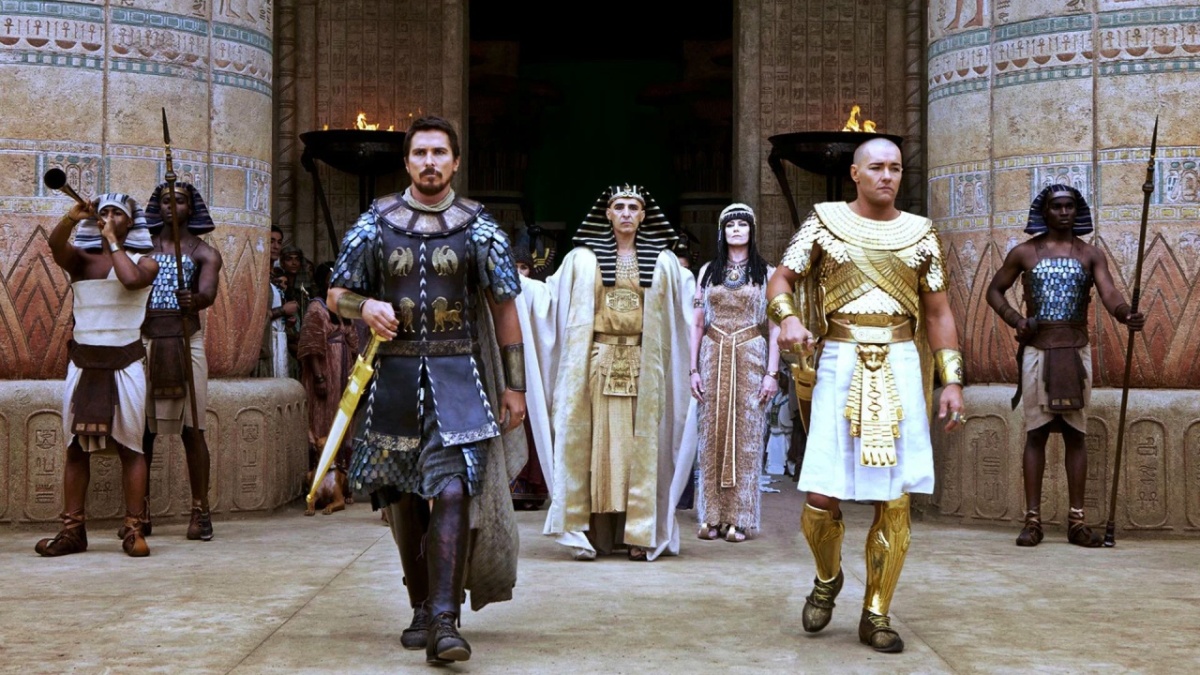 As a swords-and-sandals biblical epic, it is fairly spectacular, but remotely engaging.

The theatrical version of Kingdom of Heaven (2005) was a career-low for director Ridley Scott, a half-hearted attempt to replicate the success of Gladiator (2000), the latter still an often used barometer to judge the modern swords-and-sandals epic.

His latest, Exodus: Gods and Kings falls in between, neither terrible nor great.  Neither is it just simply average.  It feels better than it turns out to be.

The film is quite wonderfully crafted, particularly the scale of the spectacle.  Of course, much of the film’s spectacle is created by CGI.

But while nearly all of the wide shots of thousands of people or soldiers moving across the desert seem artificially quaint, other visual effects sequences involving erratic weather conditions and visual depictions of the Plagues sort of work their magic the longer the film runs.

And it runs for a good 150 minutes, perhaps a tad too long to really engage thoroughly.  The storytelling is rather basic, very much covering the breadth of the story of Moses, and his struggles to free the Jewish slaves from the Egyptians.

The powerful king Rhamses, whose life Moses saved during the opening battle, inevitably becomes his nemesis. I have never read the Bible, but Moses has always been a popular biblical figure.

And with Christian Bale giving an excellent performance as Moses, with Edgerton proving that he was rightly cast as Rhamses, Exodus: Gods and Kings is more dramatically intense than Kingdom of Heaven (with the horribly miscast Orlando Bloom) would have dreamt to be.

But because the film could have explored in greater depth the life and struggles of Moses, it doesn’t quite satisfy on the level of exposition.  Scott’s handling of scale remains assured though, with a terrifically-executed climax that is literally the entirety of the film’s third act.

A particularly useful comparison of Scott’s film could be made to Darren Aronofsky’s Noah (2014), the other biblical picture to be released this year.  While heavily criticized and inciting a flurry of controversies, Noah is hands-down the more accomplished picture.

It dares to challenge viewers, not only in terms of how the story of Noah could be interpreted but also Noah’s psychological conflict.  That is the mark of bold, intriguing storytelling and characterization.

On the other hand, Exodus: Gods and Kings is less provocative, but it raises a problematic religious issue:  Why should God have the power to punish those who are not affiliated with Him or born of a different lineage, but are innocent nonetheless?