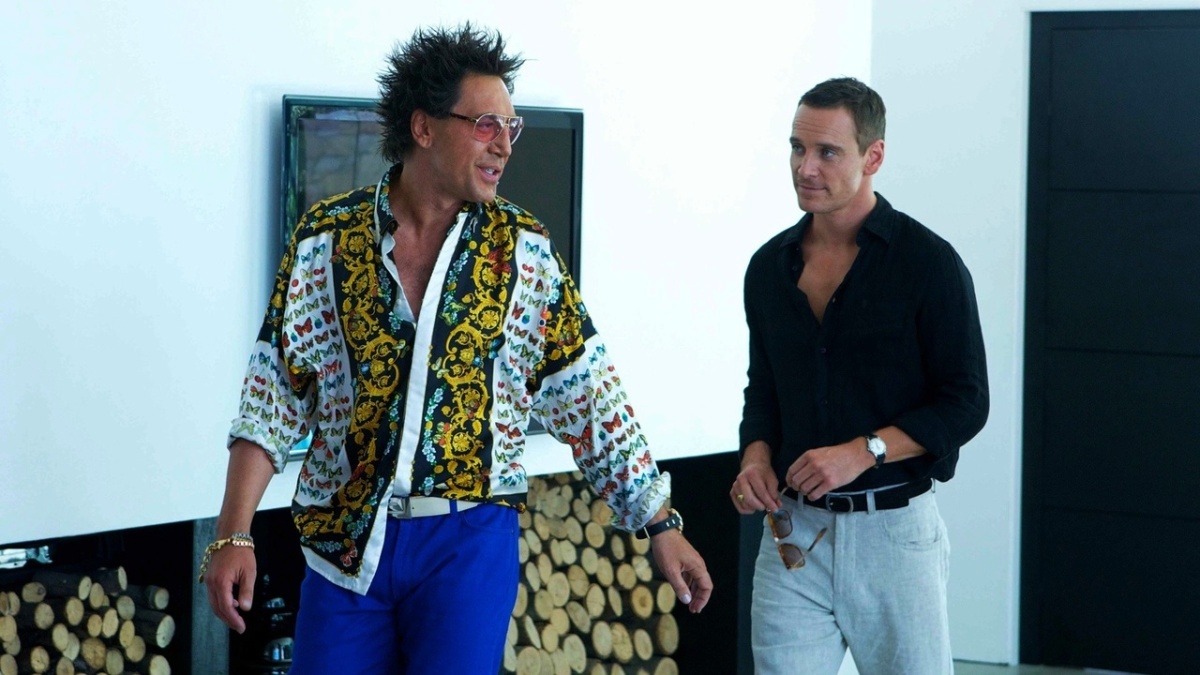 A didactic and dialogue-heavy thriller that is directed with confidence by Ridley Scott.

Cast: Michael Fassbender, Penélope Cruz, Cameron Diaz, Brad Pitt, Javier Bardem
Plot: A lawyer finds himself in over his head when he gets involved in drug trafficking.
Awards: –
Distributor: Fox

This is a misunderstood film, perhaps marketed wrongly as a high-octane action-thriller starring an A-list cast.  Most moviegoers and critics have labelled it as pretentious, stylish without substance (and possibly without meaning), and utterly dull.

Perhaps they expected more from the calibre of novelist-turned-screenwriter Cormac McCarthy and director Ridley Scott.

The Coens’ No Country for Old Men (2007), a brilliant screen adaptation of McCarthy’s acclaimed novel, probably served as a loose thematic and literary reference for Scott, who avoids taking the sparse and bleak route of the Coens’ work, but instead fashions a hip and cool motion picture.

But what strikes me the most is Scott’s measured and quietly confident sleight-of-hand, directing from an intentionally didactic screenplay that is loads of talk and little action.

The characters wax lyrical about choices and consequences, accepting fate and the like, and while it is not the most entertaining of dialogue, overall they work in some mysterious way that ultimately gives the film some sort of thematic shape.

“They don’t really believe in coincidences.  They’ve heard of them.  They’ve just never seen one.”

Scott, who has been known for his ballsy approach to filmmaking as evident in films like Gladiator (2000), Black Hawk Down (2001) and American Gangster (2007), gives The Counselor a similar treatment.

There are few scenes of violence, but when they finally come, they are graphic and disturbing.  Yet the kind of violence, horrific as it may seem, is already explicitly foreshadowed in earlier dialogue.

As a result, what happens and how the narrative plays out are pretty much self-contained in its world.  What goes around comes around.  Or more accurately put, and I quote Morpheus from The Matrix Reloaded (2003) – whatever happened happened and couldn’t have happened any other way.

Greed, so often a driving force in crime-thrillers, is explored here.  The flawed characters know what’s coming at them.  They are stuck in an unfortunate cycle of coincidental circumstance and not-so-coincidental fate.  Bleakness comes not from narrative or visual style, but from McCarthy’s prose.

This is a film laden with risks, and Scott is willing to tackle the challenge of delivering a rather unique, though not particularly excellent crime-thriller that eschews its genre conventions, not unlike the Coens’ Oscar-winning masterpiece, but it is without doubt strictly the lesser of the two (and for some, very much lesser).