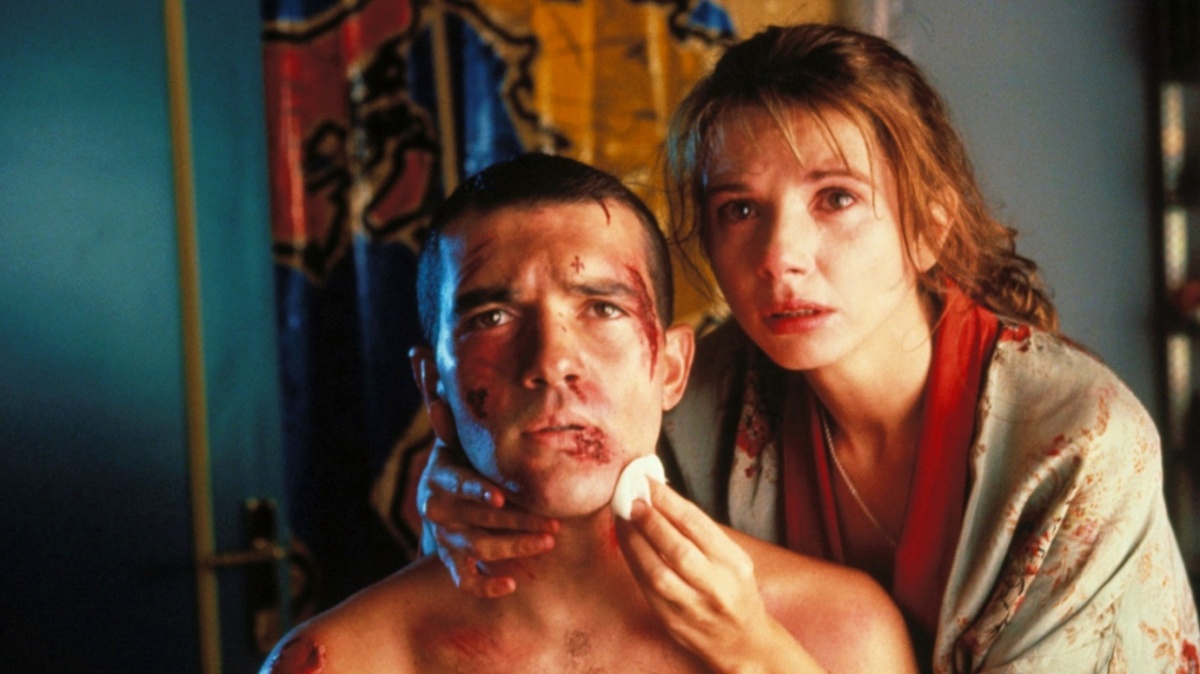 Almodovar’s Stockholm syndrome drama will probably be cancelled if made today, but while it isn’t a home run by his provocative standards, it features two impressionable performances by Antonio Banderas and Victoria Abril.

Having burst out onto the international scene with the acclaimed and financially successful Women On the Verge of a Nervous Breakdown (1988), Pedro Almodovar could very much tackle whichever project he fancied next.

That he decided on pursuing a reimagining of a story he first wrote while shooting Women, one that would become the plot of Tie Me Up! Tie Me Down!, made efficient sense.  (In fact, parts of the latter would make use of existing sets from the earlier film.)

However, whether Tie Me Up! is quintessential Almodovar in retrospect remains to be said, considering the largely mixed reviews.  Still, there’s enough in it to interest longtime fans, such is his distinctive mise-en-scene and striking use of colours.

Framing it as a Stockholm syndrome drama, Almodovar gives us Ricky (Antonio Banderas), who is released from a mental institution on good behaviour.

I guess the film will be cancelled if made today considering its contentious subject matter, but it isn’t a home run by the director’s provocative standards.

Still, there’s enough to appreciate, particularly the two impressionable performances by the lead duo, whose sizzling chemistry helps mitigate the somewhat absent psychological depth that would characterise many of Almodovar’s later films.

Tie Me Up! was also the only time Almodovar worked with Italian maestro-composer Ennio Morricone, whose score is both ominous and seductive.

Plus, legend has it that Elia Kazan (of A Streetcar Named Desire and On the Waterfront fame) remarked that this film contained one of the finest sex scenes ever shot.