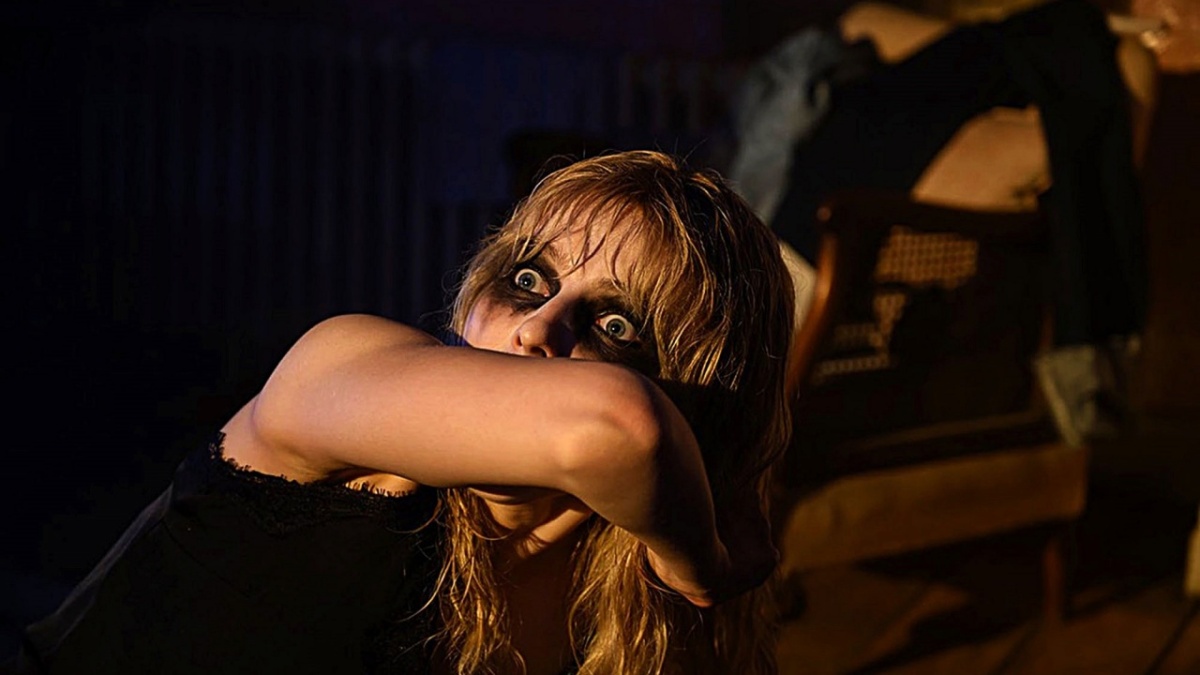 Nightmares don’t get any more intense and slicker than in Edgar Wright’s latest genre-mashing effort—a fun, psychological thriller about a young woman who discovers that she can time-travel through her dreams.

Cast: Thomasin McKenzie, Anya Taylor-Joy, Matt Smith, Diana Rigg, Michael Ajao
Plot: An aspiring fashion designer is mysteriously able to enter the 1960s where she encounters a dazzling wannabe singer. But the glamour is not all it appears to be and the dreams of the past start to crack and splinter into something darker.
Awards: Official Selection (Venice & Toronto)
Distributor: United International Pictures

Viewed: In Theatres – The Projector
Spoilers: No

Edgar Wright can’t seem to make a bad film even if he tried.  Last Night in Soho continues his reputation as a filmmaker who is not just consistently good but always makes it important that his audiences have fun seeing his movies.

The emerging Thomasin McKenzie (whom I first waxed lyrical about in 2018’s Leave No Trace) plays Eloise, a young girl who travels to London to begin her further studies in fashion.

Possessing the ability to ‘see’ ghosts (which Wright economically sets up in the prologue), Eloise has a far more impressive gift—she discovers that she could time travel through her dreams.

“This is London. Someone has died in every room in every building and on every street corner in the city.”

Her favourite era: the swinging sixties, where she becomes attracted to the mysterious Sandie (Anya Taylor-Joy with those big expressive eyes).

But her dreams turn into nightmares, which don’t get any more intense and slicker than in this psychological thriller that sees Wright mash genres in his own inimitable way.  There are references to older films, not least Polanski’s Repulsion (1965) in the fiery climax.

But what’s perhaps more interesting is how Wright tries to make a statement about the rampant and exploitative misogyny that is deeply rooted in the entertainment business, though some may find it rather surface-level than truly thought-provoking.

Last Night in Soho can be Giallo-style violent and gory, but the fun is in seeing if Eloise, as tormented as she is by visions of terror, would come out of the hellish onslaught with her sanity intact.