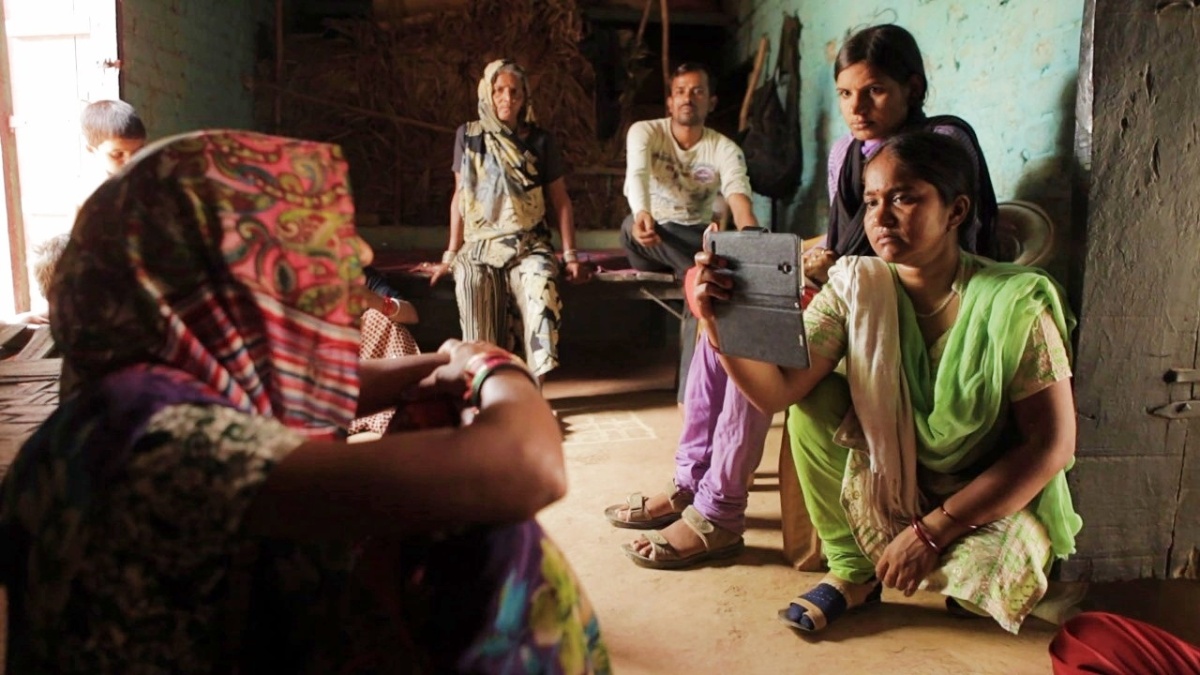 The only entirely female-run news outlet in India is the subject of this inspiring documentary about the perseverance and courage of a close-knit team of Dalit women (born to the lowest caste) who are challenging deep-rooted traditions, toxic patriarchy and corruption through their firebrand style of justice-based grassroots journalism.

As inspiring as documentaries can get, Writing with Fire, a 2021 Sundance selection and winning the Audience Choice Award and Special Jury Award for ‘Impact and Change’, is essential viewing for anyone who believes that people can change the world one step at a time, starting with one own’s village, city and then country.

A close-knit team of Dalit women challenges deep-rooted traditions head-on by forming India’s first—and still only—entirely female-run news outlet.  Khabar Lahariya (or ‘News Wave’), as it is called, has gone from strength to strength since its inception in 2002, with its YouTube channel reaching more than 60 million views.

The documentary follows Meera, the chief editor, and two other colleagues, as they each battle both professional and personal hardships in order to succeed.

Through their firebrand style of justice-based grassroots journalism, the team continually puts the local authorities on their toes with stories of rape and murder cases that go unpunished by the police, communities with no running electricity, paved roads or poor sanitation, and even corruptive practices by the local mafia or political groups.

Writing with Fire also charts Khabar Lahariya’s transition from print to digital as they attempt to adapt to new technology and reach out to an even wider audience.

It’s not easy being a journalist in India, where it has reportedly one of the highest statistics of journalists killed, let alone being a female reporter coming from the lowest caste in society doing her part keeping power in check.

Their courage and perseverance are remarkable and as India—and also many parts of the world—become more nationalistic and less secular, Writing with Fire also shows the perils of politics with a religious agenda, accompanied by music that recalls the best of Gustavo Santaolalla.