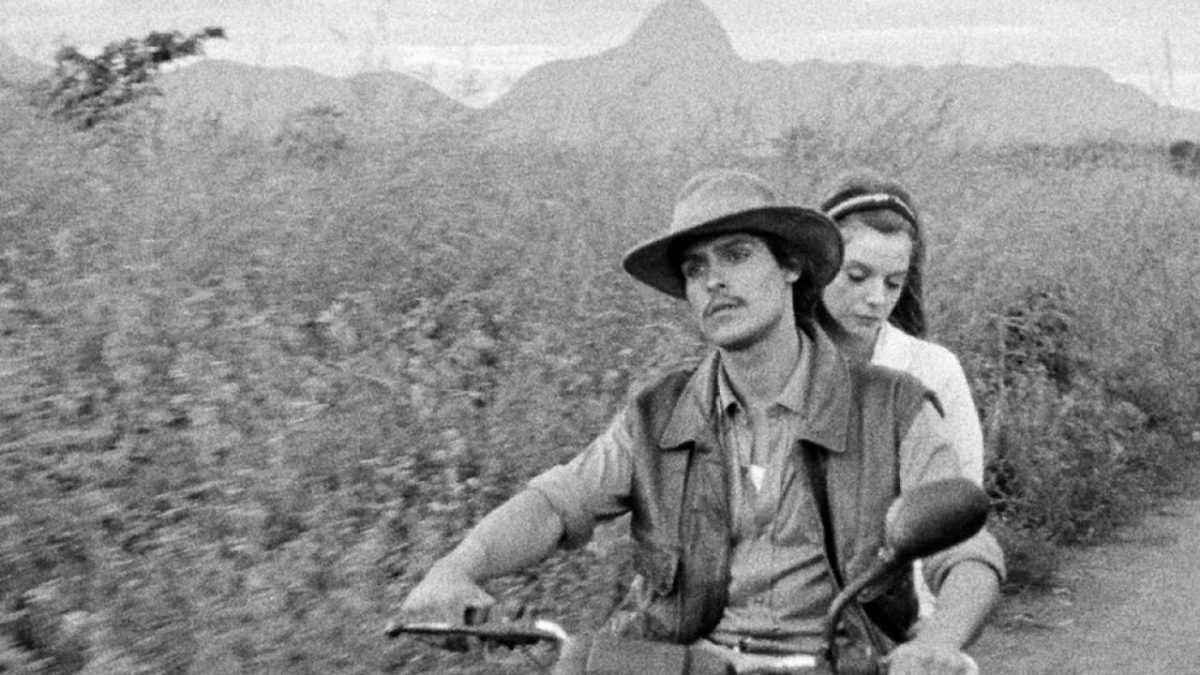 A masterfully thought-out and dreamlike meta-fiction by a remarkable talent of Portuguese cinema—it is both visually arresting and poetically told, and will leave you in a trance.

What a revelation this is!  Watching Tabu feels like discovering a new kind of cinema for the first time, in that it takes what we know of the medium—narrative structure, sound and image, as well as form and context—and spins it like a top.

Like a spinning top, it excites because of its movement and balance, and when it stops, it begets stasis and contemplation.

Miguel Gomes, one of Portuguese arthouse cinema’s rising stars, has made Tabu as if we are observing a series of spinning tops flowing along and then succumbing to natural forces, one after another.

In other words, Gomes’ mastery of rhythm and stasis is astounding, and we see it work to fine aesthetic and structural effect in this dreamlike meta-fiction that revels in its poetic beauty.

Working like a diptych, with a seemingly out-of-place prologue that echoes in spirit and mystery of the film’s second half, Tabu follows Pilar (Teresa Madruga in an understated performance), a woman in modern day Lisbon who grows increasingly concerned about her older neighbour’s mental health, after the latter shares a strange dream with her, and accusing her black servant of witchcraft.

Relatedly, the second half brings Pilar (and us) back decades ago to colonial Africa, in what is construed as a retelling from memory (by an old man caught between both worlds and fates) of the events that preceded everyone, and which tenuously shaped key political or cultural events, or so the film playfully tries to suggest.

Shot like a silent film (in the second half), Tabu works like a fable within a fable, preceded by another fable.  Sometimes there’s narration, at other times it is just diegetic ambient sounds but we can’t hear what the actors are saying.

Its fabulist nature is also augmented by instances of magical realism (a scene with clouds best illustrates this) and monochrome black-and-white visuals that are poetically-shot.

The first half takes on a more conventional form, but it is strangely alluring (and certainly a richer experience on hindsight, including the prologue).

In fact, there’s an uncanny moment in the first half that recalls (or that works as a foreshadowing of) the second half’s silent film-esque treatment.

Gomes also brilliantly uses music in a cross-spatial/temporal way the connects his enigmatic work together, particularly the blissful solo piano piece “Variações Pindéricas Sobre a Insensatez” by Joana Sá that bookends the film, and “Be My Baby” by Les Surfs that punctuates the film twice at key moments.

Tabu is one of the great works of the 2010s and repeat viewings will prove rewarding.  It not only leaves you in a trance, but the themes—of memory, myth and mystery setting against art, culture, politics and colonialisation—also gives it a unique depth that few films are able to claim.