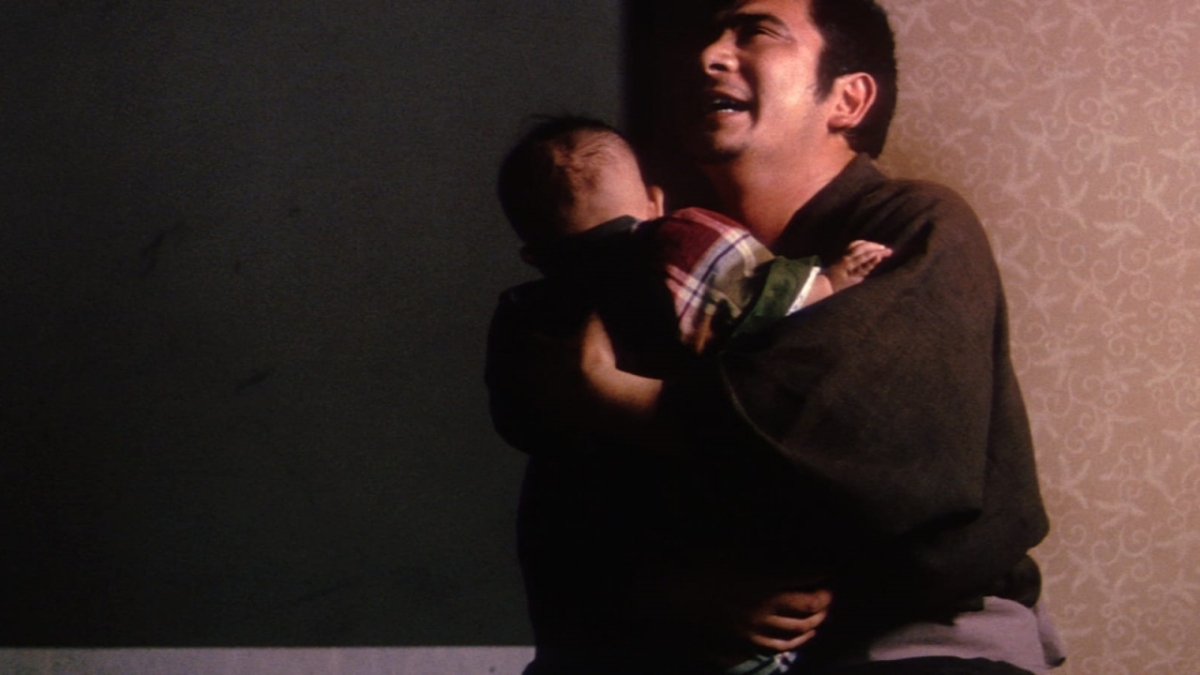 This 8th instalment is one of the series’ best—and different too—with director Kenji Misumi fashioning a slower-paced tale about Zatoichi’s longing for fatherhood.

Cast: Shintaro Katsu, Saburo Date, Koji Fujiyama
Plot: When Zatoichi witnesses the murder of a young mother, he promises to deliver the baby to the father. Along the way, he gains the help of a reluctant criminal.
Awards: –
Source: Daiei

Kenji Misumi, who directed the first movie in the series, The Tale of Zatoichi (1962), returns for his second outing in Fight, Zatoichi, Fight, which is already the eighth instalment.

He does something different here in what I feel is the first in the series to offer a narrative that is foregrounded in drama than in the plotting for action.

It will also be remembered fondly for Shintaro Katsu’s acting range; he draws both laughs, and perhaps more surprisingly, emotions, as he plays the titular character who becomes saddled with a child in his arms after the child’s mother, is accidentally killed by bandits who wanted to assassinate Zatoichi instead.

Promising to return the child to his father in another town, Zatoichi tends to the baby along the perilous journey and realises most acutely his longing to be a father.

“Leave the child here with me.”

He also becomes a ‘mother’, in an amusing ‘breastfeeding’ scene where he tries to offer his nipple to the hungry child.  Along the way, Zatoichi becomes acquainted with a female pickpocket who becomes his temporary ‘wife’.

You might think all these are mere pretensions, that is, the characters’ attempt to identify with somebody that they are not, but under Misumi’s careful direction, the film achieves a level of soberness rarely accorded to the franchise.

While the action may be sporadic, and the pace of the film slower than usual (many shots of Zatoichi and baby linger on, emphasising his emotional connection as a surrogate father), Fight, Zatoichi, Fight is ultimately rewarding to viewers who are more invested in Zatoichi as a compassionate human being, rather than as a violent swordsman.