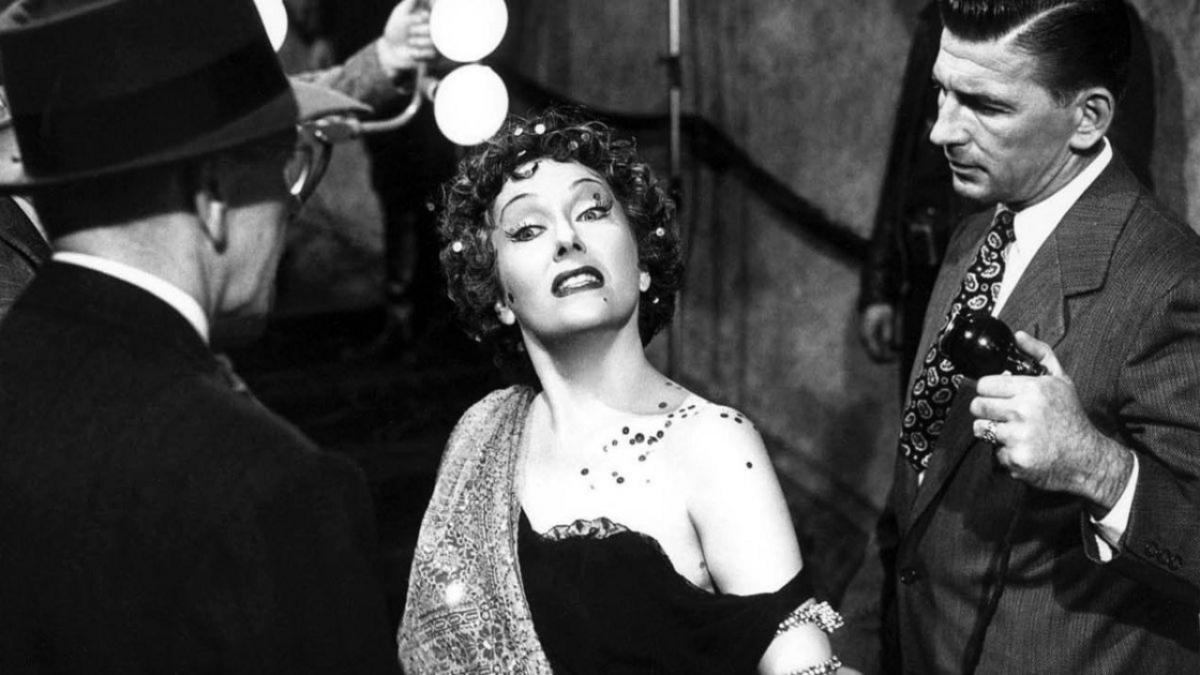 A bold, daring picture that shoots arrows at the Dream Factory that is Hollywood, and arguably Billy Wilder’s finest film.

Sunset Boulevard is one of the world’s most beloved films.  Often in just about every critic’s personal top hundred films of all-time, this Billy Wilder masterpiece sets the benchmark for a movie that depicts things many aren’t privileged to witness behind the sunny facade of Hollywood.

Nominated for eleven Oscars but only bagging three for art direction, music and screenplay, Sunset Boulevard deserved better in what was a competitive year for movies, with Joseph L. Mankiewicz’s All About Eve winning six out of fourteen nominations.

Sunset Boulevard is easily Billy Wilder’s most impressive entry in his illustrious resume.  It was also the motion picture that was responsible for the furore surrounding its release.

The film was seen as a scathing attack towards Hollywood and its playmakers, because its depiction of America’s entertainment jewel was nothing like what many were deceived into thinking in the 1950s – bright, glorious, and immortal.

Accurate and methodical, Sunset Boulevard dissects what’s wrong with Hollywood through a fictional but highly original flashback story of a screenwriter whom never made it into the big time.

The performance of the film indisputably goes to Gloria Swanson whose character Norma Desmond is perhaps one of the most laudable and complex screen villains ever written.

Swanson’s distinct facial features (especially her eyes) give a sense of mysticism and disquiet appeal, while her haunting voice is almost hallucinatory, possessing anyone who interacts with her.

Unlucky Joe Gillis played by William Holden may be overshadowed by Swanson but his honest display as her love interest is underrated.  The other star performer is Eric von Stroheim who plays a butler with a dark and difficult past.  His often expressionless scenes dictate a solemn and sympathetic aura well-suited to his character.

The last scene is one of the most emotionally perplexed ever – highly analytical viewers will rave about how the scene initiates a whole array of feelings in them, and is a perfect conclusion to a great film.

Just like Michael Curtiz’s Casablanca, Sunset Boulevard gets better with each subsequent viewing.  Billy Wilder has gotten away with murder, fabricating a bold, daring picture that shoots arrows at the Dream Factory.