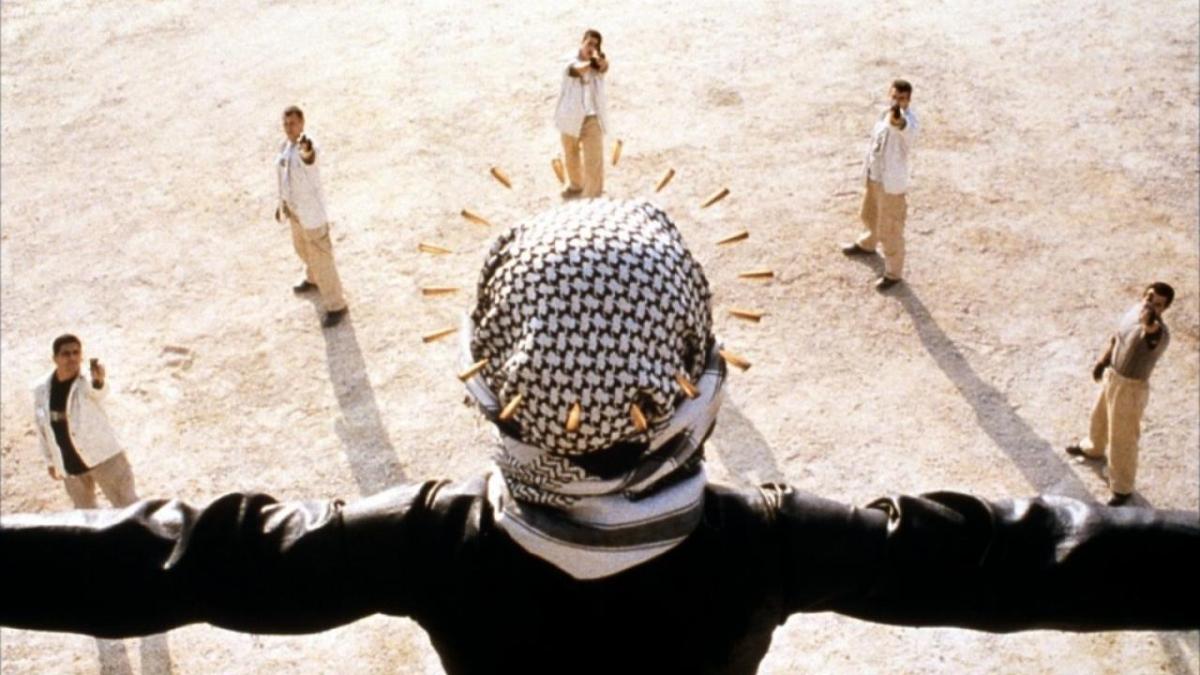 Elia Suleiman hasn’t made many films, but this is one of his higher-awarded works, winning the Jury Prize at the Cannes Film Festival.

As far as filmmaking style is concerned, Divine Intervention follows the absurdist brand of cinema that privileges comical situations that are executed in a serious tone, with little in dialogue or even in plotting to disrupt the characters’ daily routines.

Suleiman plays one of the film’s more significant characters, who regularly meets up with a woman he likes at a makeshift carpark beside an Israeli checkpoint.  They are Palestinian lovers separated by politics, one from Jerusalem, the other from Ramallah.

Their story forms the central narrative of Divine Intervention, but Suleiman takes time to paint fringe scenarios of life of several townspeople as well, some of which can be jaw-droppingly hilarious.

He rightfully makes light of the fractured Israeli-Palestinian relations through capturing a series of repetitive if sometimes dour behaviour, while jarringly (if creatively) forcing in several ‘fantasy’ sequences that becomes increasingly outlandish—one of which sees a female Palestinian ninja with superpowers fighting against a group of heavily-armed Israeli men.

It must be so frustrating to live in a climate of policing, hate and fear, but Divine Intervention is overall still a light-hearted take. One of its strongest themes is ‘love thy neighbour’, or the lack thereof, showing that even when politics is taken out of the question, people can still be antagonistic toward one another.

When a man dressed up as Santa Claus bearing gifts gets chased by a group of boys bearing stones in the opening scene, you know what you are getting into in this seriocomedy.  There is also a nice homage to Albert Lamorisse’s The Red Balloon (1956).