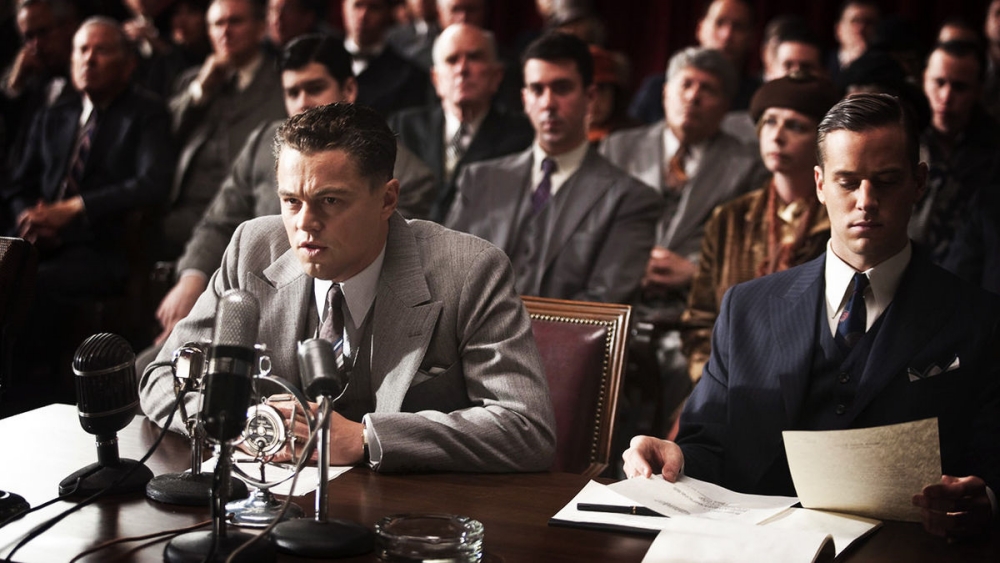 Clint Eastwood’s weakest in a long while, but it still remains fairly engaging because of the strength of Leonardo DiCaprio’s singular performance.

It appears that our dear old Clint Eastwood is showing some signs of creaking. His new film, J. Edgar, has been one of the year’s most anticipated pictures. It seems like nothing could go wrong here, and that this is a film tailor-made for the Oscars. Sadly, it is below expectations.

Starring A-lister Leonardo DiCaprio, and written by Oscar-winning screenwriter Dustin Lance Black (Milk, 2008), J. Edgar is a biographical drama about J. Edgar Hoover, the ex- and first director of the Federal Bureau of Investigation (FBI), who transformed his bureau into a large, modern, and efficient force to fight domestic crime.

With such great talents working on this project, it was surprising to see J. Edgar receive a lukewarm critical reception when it was first released. While I admit that I am a big fan of Eastwood’s work since his meteoric rise from a director to an auteur with Mystic River (2003), I concede J. Edgar is his weakest feature of the last ten years.

Before I discuss about the film’s flaws, I must say that DiCaprio’s performance is superb, and should have been rewarded with an Oscar nomination. If Meryl Streep could be nominated for her brilliant performance in The Iron Lady, a far more mediocre film than J. Edgar, I don’t see why DiCaprio deserves the snub.

Eastwood’s authorship is often not noticeable in the visual sense; it is his creation of tender and touching moments, underscored by a simple, melancholic piano solo that have been the hallmarks of some of his best films like Million Dollar Baby (2004), Letters from Iwo Jima (2006), and Changeling (2008).

“Do I kill everything that I love?”

They work our emotions without being overwhelming. In J. Edgar, there are fewer of these Eastwoodian scenes, and they don’t function as effectively. To be charitable, Eastwood had to work on an above-average script that is both uneven and quite shallow to begin with.

Black’s screenplay is the film’s main flaw. It achieves good breadth as it recounts the major dealings Hoover encountered in his almost five decades of service, including overseeing many operations that put wanted criminals behind bars. What the screenplay is lacking is in depth, as it unnecessarily switches back and forth between the past and present.

Hoover’s close relationship with his mother (Judi Dench) is not particularly well-developed, and his rumored homosexuality is portrayed awkwardly rather than insightfully, unintentionally providing the film with some comical moments that feel out of place.

DiCaprio tries his best to take his character to the deep end, but it is nowhere close to what he achieved playing Howard Hughes in Scorsese’s The Aviator (2004).

Playing an old Hoover does not make the situation any better, especially when the makeup is astonishingly bad. His co-star Armie Hammer, who plays Clyde Tolson, the second man in FBI and his alleged lover, suffers even more under the weight of his makeup.

In years to come, J. Edgar will be remembered not for the strength of its lead performance, but for its appalling use of makeup, and for the fact that our beloved DiCaprio had to suffer the ignominy of being kissed on the lips by a man after a heated struggle. That’s comedy for the ages.